It is Ancient History Now!

by a.a.gallagher 7 months ago in humanity 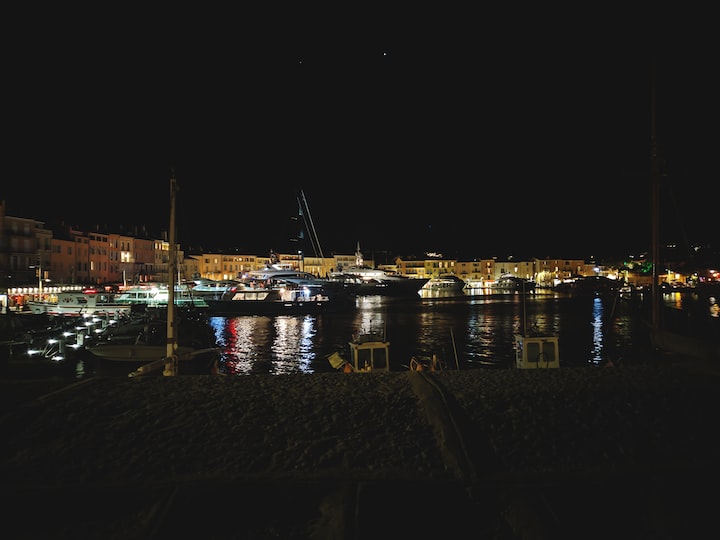 Photo by Felix Fuchs on Unsplash

It is ancient history now. Well, it happened at least fifteen years ago, when change occurred more slowly, and social mores were re-created by class action, reformation, and the information technology revolution. Now changes are being rung in so quickly it is really like dancing with a gorilla; you may want to stop but does the gorilla?

Was it only a decade ago that when older men cradle snatched younger babes the odd eyebrow would be raised? but now, as the dance trips from a fast tango to an even faster tarantula, and an older babe involves a toy boy in a meaningful relationship, everything balloons and blossoms so quickly; the only issue not raised is the social quip.

As I remember It was POETS day (piss off early tomorrow's Saturday), and I was going to the Yacht Club bar for a little social interaction after a long hard day at the type face. It had been a Barry Crocker of a day in fact a real shocker, a day worth forgetting.

As I took in the glaring lights and listened to the strident cacophony of sound emitting from the poker machines lining the walls, my gaze fell on the couple linked incredibly closely in the far corner of the fun room. She was of an indeterminate age, although on closer inspection it would be safe to say she could hold a week’s rain in her face, but the young buck lovingly concocting rollies had eyes and smiles only for her. Love is beautiful; especially through the eyes of a beholder who could be said to reside on the incisor end of bowling ball sharp.

My friends arrived at the pre-ordained spot and at the pre-organised time. So, leaving my observations of the beautiful people behind in the smoke-filled neon lit surroundings, I joined them in the laughter filled environs of the dining room.

It was a deep black velvet winters’ night, the odd star creating luminescent pools that reflected onto the windows, moored yachts darkly silhouetted, pockets of beauty with shimmering streaky, white, lights climbing across the bows of the boats.

A deeply satisfying view to be enjoyed especially after a Chinese meal with good friends and much laughter; laughter edged and aided by the luscious by product of the grape. The caring waiters started to bring around luxurious thick, white, face cloths in hot steaming bowls. These cloths were so hot that they were passed out to all the diners on the end of tongs. The temptation was great, so great that after I had duly admired this practice and suggested to my fellow diners that all restaurants should follow suit, I threw my hot cloth at the rather naughty, but nice gentleman at the next table. He found my sharing gesture a bit of a hoot and threw his hot cloth onto the table next to him and so it went on around the dining room.

A fast personal rate of change was occurring as stiff, formal guests became wet, sporting, relaxed people. Shambles, and great yelps of laughter followed as the cloths flew through the air. People leapt from chairs to field their catch whilst other very daintily used their dining weapons to spear the flying hot fabric.

My neighbour and his party decamped, and as I looked out the be-fogged glass I witnessed my, by now familiar stranger pressing his nose against the window. Romantically he wrote "see you" in the mist. "Quite yummy" I thought. By this stage, the waiting staff were looking a little shell shocked, and we decamped amid the ongoing chaos.

Saturday arrived bright and clear. After the normal Saturday morning hockey game chase to arrive on time at a pre-designated oval on the other side of Canberra, important appointments in the laundry and Colesworths; my social calendar showed that I had a dinner date that evening with dear friends who had thought to introduce me to a fellow traveler in their departmental endeavours.

He was newly arrived from Perth without encumbrances or friends. I dressed with care, welcomed the babysitter at 7.30 pm, bought the ubiquitous bottle of red and set off to meet my destiny at Flynn in Canberra.

Incredible - How could that be? The stranger to whom I had thrown the hot cloth the night before on the other side of Canberra was my special dinner partner for the evening.

What a snap! But that is ancient history now.

Thank you for reading my words and for following me. I am a collector of stories. I also write to try and explain life's happenings to myself. I write poems about the environment, climate change plus fun rhymes aimed at young kids.