Do you ever get the feeling someone is watching?It's not your imagination 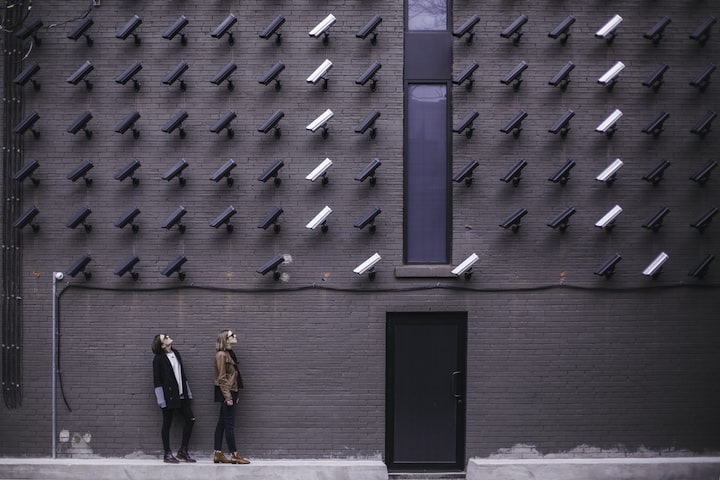 Photo by Matthew Henry on Unsplash

Do you ever get the feeling someone is watching? It's not your imagination, especially if you are in the UK or China. While China has the global record for the most cameras, the UK wins if you count per capita. With an approximate number of 500,000, a typical Brit is on camera 300 times a day. The topic is controversial wherever you go. Is privacy being invaded? CCTV is restricted to public areas where people are not supposed to expect privacy. If people can see you, why not cameras? If you've got nothing to hide, what's the difference, right? Some Americans might take issue after the April 15, 2013, bombing of the Boston Marathon. Brothers Tamerlan and Dzhokhar Tsarnaev were known simply as Black Hat and White Hat. CCTV followed their blurred images before, during, and after the two bombs went off, and it led to their arrest.

Those bombs killed three people and wounded 200. By the next day, one offender was dead, and the other hospitalized. They are not the only famous perpetrators caught unsuspectingly by a camera. David Copeland, the London Nail Bomber, was identified when his image was released to the public. A 2-year-old named James Bulger was lured from a shopping center by two 10-year-old-boys only to be tortured and murdered. The boys were identified using CCTV footage. Nicola Edgington, who stabbed her mother to death in November of 2005, was caught on camera buying the knife used in the murder. In the US, the kidnapping of Carlesha Freeland-Gaither was solved because cameras not only captured her being accosted but because they got an image of the suspect's car, later identified by the perp's father. This led to charging him with a different abduction, as well.

Leiby Kletsky was an 8-year-old boy who never came home from summer day camp. The father of one of his teachers launched a campaign to track the child's every step on his way home. The man went to homes and businesses to get every scrap of video showing Leiby. Eventually, he found video from a car dealership that showed the boy talking to a man named Levi Aron. Levi confessed to dismembering and killing the child when confronted by the police.

In a 2017 scientific paper entitled The Value of CCTV Surveillance Cameras as an Investigative Tool: An Empirical Analysis by Matthew P. J. Ashby, we can discern some hard facts. Two very important questions that must be asked in any investigation of a crime are what happened and who did it. What this study shows, in a nutshell, is that CCTV footage from a decent camera can answer these questions, which can then be used to eliminate a suspect or pin him down. This is especially useful in cases like Rodney King and the London riots, where groups of people are involved in crimes. One of the glaring problems is lack of police interest in acquiring CCTV footage for anything other than a major crime. The study examines camera footage from the British Transport Police that occurred on the British railways between 2011 and 2015. The author states that "45.3 percent of all crimes recorded by BTP, CCTV was classified as being useful in 72,390 cases. Investigations—29.4 percent of all recorded crimes and 64.9 percent of crimes for which CCTV was available. Camera recordings were, for example, useful in the investigation of 1,223 assaults causing serious injury, 4,120 assaults causing minor injury, 1,365 personal robberies, and 2,810 sexual offenses."

Originally, it was thought that CCTV would deter crime. It doesn't. London, with all of its many cameras, has not experienced a drop in crime any greater than anywhere else. However, as an investigative tool, it is extremely valuable. In time, as more press coverage shows the marriage of CCTV and crime solutions, it may achieve that deterrence. Right now, Chicago has the highest number of CCTV cameras, followed by Houston and then New York in the US. We are dependent on private footage as opposed to public space scrutiny. There is a considerable caveat once footage of a crime has been recorded. The police have to find it and use it in investigations. Why British detectives are resistive might be because of the viewing time required. Specially trained video readers could be trained to ferret out useless frames until they find something of value. Cases, where a video is useful in a prosecution, should be publicized. Privacy in certain places should be respected, but public places should have eyes in the sky.