In heterosexual relationships, the more a man loves you, the more "unreasonable" he will be.

by zhaoyu 4 months ago in humanity
Report Story

Love always has no reason at all, from the beginning to the end, can not be a completely rational solution, deep in love, people will always be completely obedient to the heart, regardless of the investment. 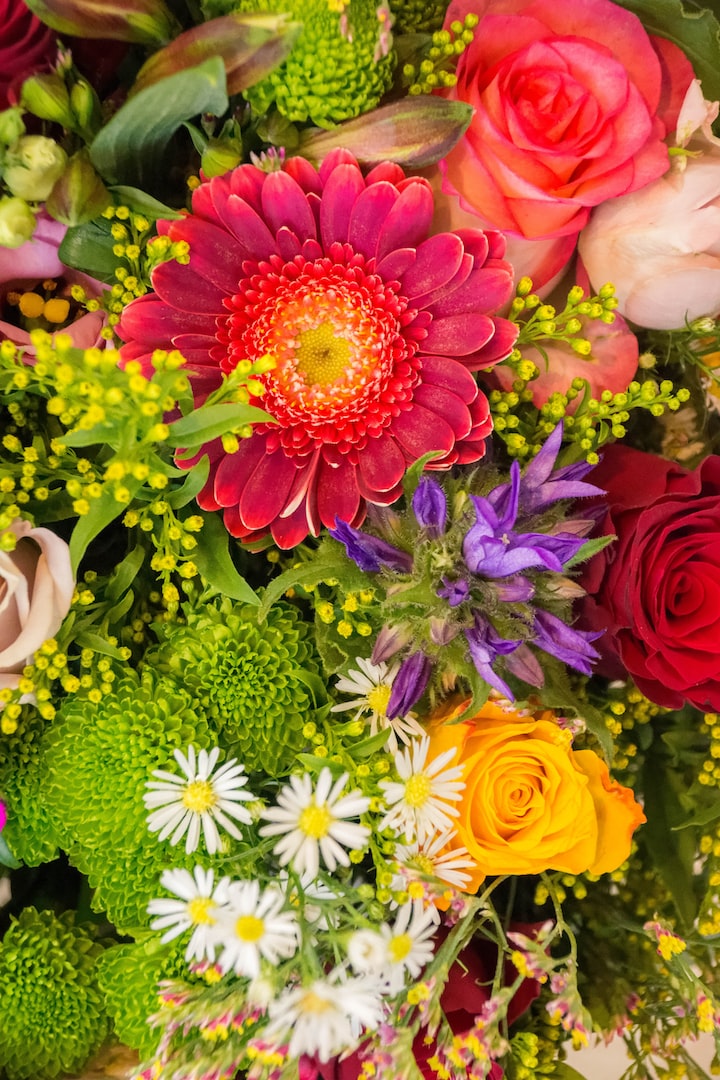 Photo by Hugo Kruip on Unsplash

Love always has no reason at all, from the beginning to the end, can not be a completely rational solution, deep in love, people will always be completely obedient to the heart, regardless of the investment.

In front of love, don't talk about reason, even if you know more, but if you use reason too much to control yourself, then the last will only be frustrated in love.

Women are most afraid of men to speak the truth, they just hope that men can care more about themselves, pay more attention to their emotions, and can take the initiative to coax after a quarrel, rather than just use cold truth to convince themselves.

But if meet a completely unreasonable man, then together is like a chicken with a duck to speak generally, two people completely not a channel, will only bring their depression and pain.

Women long for men's accommodation and love, hope that the other side can be obedient to everything, everything accommodation, what things are based on their own, fully comply with their opinions and ideas.

But sometimes blindly obedience is not necessarily loving you, it is likely to be just perfunctory and indifferent, is from the heart do not care.

Sometimes the more tough a man is, a lot of control over you, and even a little unreasonable, is love you.

In fact, the more a man loves you, the more "unreasonable" he will be.

Inexplicably jealous, concerned about your relationship with anyone of the opposite sex

In love, there has always been no magnanimous person, the so-called magnanimous just don't care about the pronoun.

A person who doesn't care about you will be extraordinarily decent, will leave you alone, and will overindulge you. Because no matter what you're doing, no matter who you're with, he doesn't care.

True love, will stimulate the heart of the sensitive and suspicious little mind, really care about, is not able to accept you have other opposite sex, often overturned jealousy, will put the opposite sex around you as an imaginary enemy.

This does not mean that he does not trust you, he will give you complete trust, believe what you say, believe that you will not do the act of betrayal of feelings, he knows, but just can't see you and another heterosexual in the same box.

Sure, he'll support you in whatever you want to do, but he'll still be sensitive when it comes to your relationships with the opposite sex, offering to go with you when you're in a lot of heterosexual situations, and occasionally asking you to distance yourself from someone of the opposite sex.

Jealousy is the truest response to love, if a man in your relationship with the opposite sex, occasionally shows an unreasonable side, you have to understand that he loves you.

Caring is messy and will make some decisions for you

Love, always accompanied by care, falls in love with a person, will put a heart on her body, pay attention to each other's every move, always with each other, worried about each other.

Care is good intentions, but sometimes when too much care about a person, may go to the other extreme, a little care is messy, do some let each other unhappy behavior.

If you think about it carefully, we are not unfamiliar with this truth in our daily life, which is often the case between parents and children.

Parents care about their children, want to make all the plans for them, the intention is for their good, want to let them make fewer detours, but in fact, often do the opposite, do something to hurt each other's feelings.

Love and family love is the same principle, when you care about a person, you will do something that is thought to be good for her, your starting point may be really good for her, but in her opinion, it is a little unreasonable.

For example, when she neglects her body for work, you may decide for her and ask her to drop a project. You are concerned about her body, but she may blame you for meddling when she misses work.

If the man a lot of things are very listening to your words, humoring you, but because care about you, make some seem to have a little domineering behavior because he cares about you, care about you.

Little temper up, will be a little clingy, a little bit of chaos

In love, men and women will have something in common, when thoroughly falling in love with a person, it will naturally lead to some similar behaviors, these behaviors are the traces of love.

It's not just women who can have a little temper and be clingy and a little pushy. Men can have it too, and it's usually only shown in women they like.

When he wants to stick to you, he hopes you put down everything to accompany him, all things should give in for him.

If you ignore him because of someone else, or something else, and forget to date him, he will be angry, even badgering.

"The ideal life of love" inside Bai Xiangwen originally is a natural and unrestrained person, until falling in love with warm as snow, completely changed their look. He becomes petty, love makes him jealous, lacks security, and wants to tie the warm snow around him.

He made a lot of petty actions, once Bohemian people become unruly, just want to stick to her, two people like a pair of immortal couples.

Some of his proposals and ideas are completely unreasonable in Wen Ruxue's view, such as he let her give up her job to return to the family, without permission to help her to push off the work, although it is a bit extreme, it is love.

Only a man who loves you very much will show you his clingy, fidgeting, and tangling side, occasionally unreasonable, exactly is the true show.

Even the most reasonable people will show their "unreasonable" side in front of the person they like.

Love will let a person out of control, no matter how rational people are still unable to completely control their emotions, will follow the heart to do some not-so-decent behavior.

These behaviors above, although a little unreasonable, but is a man to you move sincere behavior, do not prematurely reject him, antipathy to him, read his heart behind, and then to make a decision, do not easily miss a very love you.