If you don't have the strength, don't take any chances

Luck is a gift from God, he does not love you may also look at the face, but you do not love yourself, it depends on the strength 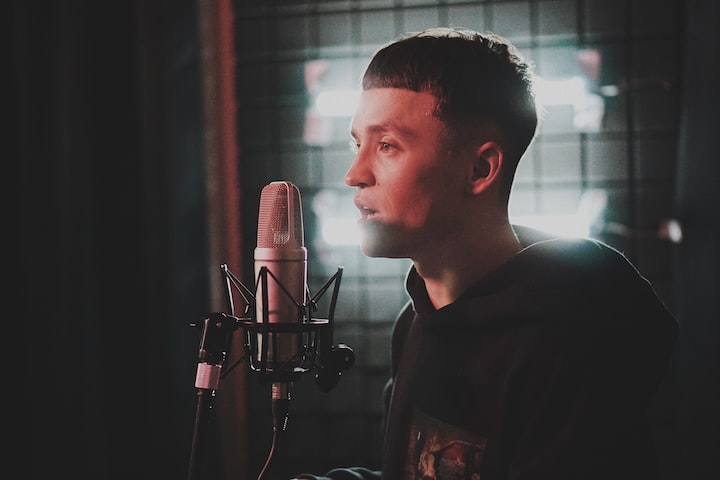 Photo by Oleg Ivanov on Unsplash

In my sophomore year, I participated in a singing competition. Because I usually like to hum blindly, also like to write lyrics, once by the people in the dormitory as the god of song. Then one time when my roommate had a series of pick-ups, I rushed to participate.

At that time, the preliminary round was in front of the cafeteria on a temporary stage, a red carpet laid on a moment of distinction, under the stage is a green clump of benches. In the evening, when the sky was dark, people who had eaten and drunk gathered, and the host began to mobilize the atmosphere.

Standing on the stage, I was called apprehensive.

There are three reasons for this: one is that although I don't sing in tune, I often get out of tune; two is that the song I chose has a lot of high notes, and I tend to sing out of tune when I get nervous; three is that I don't have the lyrics completely memorized.

But because the lottery is very good, not more than ten minutes to my turn 3, I can only hard head up. The smile was so stiff that I forgot the first line of the lyrics.

I clearly remember that the whole game except for the climax part I sang the correct lyrics, the other is to make up their mouth, vague, unclear. Looking at the dense crowd of people on stage, I wanted to just burrow a hole in the ground and slip away.

Before I went on stage, I reassured myself that I might be nervous before the competition and forget the words, but once I got on stage, I might not be nervous anymore, and then I would remember all the lyrics and finish the performance smoothly. Naturally, I was not looking for a good result but just wanted to give it a try.

As a result, I slapped myself in the face.

Since then, I rarely imagined that I could participate in singing competitions, although I still often shine a voice in my dorm room, and sometimes I go out with my friends to sing karaoke, and I love to sing a few lines of every song, and then I don't care if I'm out of tune. But I realize that I lack strength in singing.

It is purely self-indulgent and did not put effort into studying which turns of phrase how to sing, which emotion how to express, which high notes how to control, and even the lyrics are not seriously memorized, this state is impossible to expect good results, but I keep reassuring myself, maybe I will remember the lyrics, maybe singing well, maybe the stage applause, maybe ...

"Maybe" is a probable event, but I take it as a certainty that it will happen. When I always face everything with a maybe mentality, my heart is naturally less bottom, and most of the time is the luck of the draw. If this kind of luck produces good results happen more, the heart will be inexplicably weak. Because good luck will always come to an end, and will eventually fall very badly.

I remember my senior year, I was obsessed with novels, and when everyone was studying hard, I was reading at night, reading novels every night until one or two in the morning. This also caused me to be mentally ill in class and physically unable to keep up with the pace.

At that time, there were many assignments every weekend, and I was not good at physics, so I always had a big gap in my paper. The boys next door took two or three hours to finish a physics paper, but I often took five or six hours. So much so that later I simply did not do the problem, once back to school on Sunday began to hug the lap copy homework.

The mock exams a few months before the college entrance exams, I was barely able to get to the middle of the class. I was a little happy that I was still smart enough to get a decent grade without having to put in so much effort. But luck doesn't always favor you, especially when you don't have any strength and strength to take out with you, you can easily fall into the abyss, and it is difficult to get back to shore.

So, the year of the college entrance exam was bad luck, the bottom of the class. I never want to admit that I am just because I am not strong enough, not the mouth to comfort their bad luck, play badly, the teacher is too difficult questions.

Only thick accumulation can lead to a thin development, how can there be a thin accumulation of thick development? Strength is a little cumulative out, not by playing on the spot, holding a fluke can have the effect you expect. Geniuses say 99% is sweat, and 1% is luck, but at that time I often fantasize that I can live my life in reverse.

After college, I slowly began to reflect on the fact that whenever I encountered a time when I was unsure before an exam, my test scores were bound to not be as good as they could be. And every time I was apprehensive before the game, I was also bound not to have a good result.

When I gradually discovered this pattern, I began to work hard. I no longer expect myself to be hit by a pie in the sky, nor do I fantasize that a guy in a Korean drama will like me, nor do I think I was born to be a princess (actually, a maid). The world is fair, when you are not enough, no one will give you the possibility of fantasy.

The day before yesterday, the stock market plummeted, and Mr. Z lost 700,000 to 800,000, once their hard-earned money saved up for more than a decade hit the drain. Mr. Z and my three aunts and six grandmothers, like their own spare money to invest, looking at everyone in the stock market are making money, itching to get into it, the results have not yet figured out the stock market, suffered a misfortune.

I ask, have you not heard people say that the stock market is risky and you need to be careful when entering the industry? The first thing you need to do is to understand how to make money from other people.

He said, "Everyone else can make money, so why can't I make money? Besides, I have a good head on my shoulders.

But you simply did not understand the stock market and do not know how their investment in the company's operating conditions, financial cash flow there is no break, and business prospects, you listen to the people around you said a few words this stock is good on a brain to throw in, but also fantasize that they will be able to earn a hundred thousand tomorrow, which and lying in bed daydreaming what is the difference.

When several of our best friends were once confused about the future to the point of no return, the girlfriend Miss H is the calmest person. She usually very own opinions and ideas of people, on anything and will first understand the situation before making a judgment.

Once she had a sickness, people around her are at their wits' end, except for the doctor to see, and she no longer know what to do. Instead of feeling sorry for herself, she kept looking up relevant information, and based on listening to the doctor's advice, she collected a lot of opinions on the Internet about the disease, deleted useless information, and formed her treatment plan. After three months of perseverance, she had almost recovered.

I sometimes face a difficult time, always tell myself that tomorrow will be good, the bread will be there, a good job will be there, Miss H will scold me, you think every day to comfort yourself will get better, wait until the time passes, you just wait to cry.

She also said that if I was sick at that time only to comfort myself to get better, it may have to wait until a year later, or even further, because I did not rely on their control of the disease, but rely on my unfamiliar doctor, although he must know a lot more medical knowledge than I do, but who knows if he is a great doctor, not to mention that now is the era of mixed. I didn't dare to take any chances.

So, she would constantly caution me not to always have too many illusions about the unknown, you have to learn to authenticate, to think, to get all the valid information, then make a judgment and form your own opinion. If you are not well prepared for something, then don't throw yourself into it easily.

Every time I think back to what I used to say "maybe", "should", "might" or "might", I feel like I feel panic every time I think about the words "maybe", "should", "could" or "might". I thought about the reason, one is because when I say these words, it means I am very uncertain about whether I can do the job well. The second is that I naturally give myself a mental implication that maybe it turns out well, maybe it works out, and this implication allows me to keep generating a fluke that can escape the big-time effort, and effort and generate mental masturbation to success. Third, I can avoid the pain of bad consequences, for their lack of effort and strength to find an excuse, because it is a probability event well, it is always good and bad.

We are prone to avoidance behavior for bad outcomes and positive attitudes for good things. Then, when we encounter a good result with a fluke, the signal will tell us, look, I was not prepared to get a good result, and next time do not have to work so hard to spend a whole day writing copy. So, wait until next time and you'll spend less time.

If you get lucky with a bad result, you will comfort yourself that if I hadn't been unlucky enough to draw the first number, I would have had a great interview result. But this bad result will make you slowly lose interest, and you will blame the reason on luck instead of yourself.

This creates a dead-end cycle of constant decline.

Well, I suffer from it.