by Michelle Brown 3 months ago in advice
Report Story

There was nothing my husband could do. 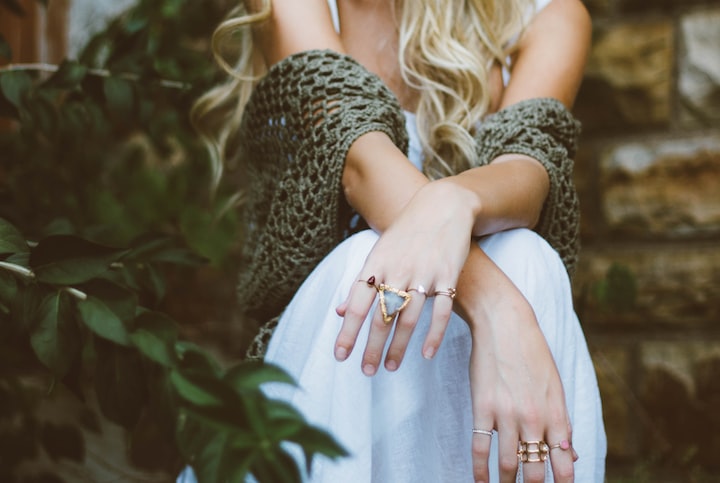 I still fundamentally believe this to be true, so when I recently became confused about my sense of happiness within my own marriage — the first thing I did was look in the mirror.

What I saw was a woman who felt like she was not only disillusioned— but who felt boring. I was feeling as if I was drifting away into irrelevance and growing steadily fatigued by the things in my life — including my marriage.

The burning question for me was whether this malaise was actually to do with my marriage or if I was having some sort of existential crisis.

When people reach middle age they often come to a crossroads of sorts where they may wonder who the hell they are, why they are here and how they got here in the first place.

When I pondered my marriage, I knew that I had every slice of goodness needed to make that pie whole. All of the ingredients were baked in with loving care and there really wasn’t much to complain about.

My world felt absolutely colorless even though I had all the paints and brushes a person could want or need to paint it.

My husband worried that my lackluster state was a failure on his part — that there must be something he could do to rejuvenate our relationship. Was it a lack of attention? Was it the sex? Did we need another vacation? Was I not in love with him anymore?

He immediately wanted to ‘fix’ this situation.

However, there was nothing my husband could actively do to fix this problem. The solution was laying somewhere inside of me beneath many deep layers. I had to peel those layers away on my own to find the truth in my discouraging outlook.

The truth was that I felt more like an old machine with squeaky parts that were growing weary rather than a full-blooded, passionate woman.

The truth was that I didn’t feel sexy anymore.

The truth was that I wondered what my value was in the world as an older woman.

The truth was that I was aging — and struggling to come to terms with it.

I had cascaded down into a cavernous realm of despair over what felt like a mundane life departing away from its youth.

My husband tried to drag me out of my woe with vacations, date nights, and helping out where I needed it — but something was still missing. It was buried deep underneath — way down at my core — and I just needed to access it by myself.

It wasn’t my marriage or my kids making me feel like some old, boring ghost of my past self. It was simply the natural process of aging.

It was the shedding of a skin. It was the uncomfortable and often awkward transition of entering into the next stage of life — an older, different stage.

As a woman, these later stages in life can be an immense hurdle. Perhaps you don’t feel as attractive as you used to. Perhaps your body physically aches in new and scary ways. Perhaps you just don’t have the energy that you used to have and when you see other women — younger women — carrying that shiny vibrancy of youth — it can really sting to realize that yours is fading away.

Once acceptance finally makes its way in — after you decide to allow it in — the curtains begin to open and a new stage is set.

Growing older can be a shock. It can disrupt relationships and marriages. Partners who grow old together will have their own individual journeys of the aging process — the realization that who you used to be is different from who you are becoming.

Ultimately, I’m glad that I have a partner who has allowed me the space to mourn the woman I used to be alongside the space to learn how to celebrate the woman I am becoming. I intend to be there for my partner as he goes through the same journey.

In marriages and relationships, it’s important to be gracious as our partners grow, evolve, and even separate from us when needed, in order to ultimately flourish into the next stage of life.

It’s not our job to fix our partners or to make them happy. However, we can focus on doing those things for ourselves in order to be better partners overall.

Now that I have discovered this, I can’t wait for the next stage of my life to begin.

My Advice To Anyone Thinking About Getting Married