I just don't like black people because they are lazy" 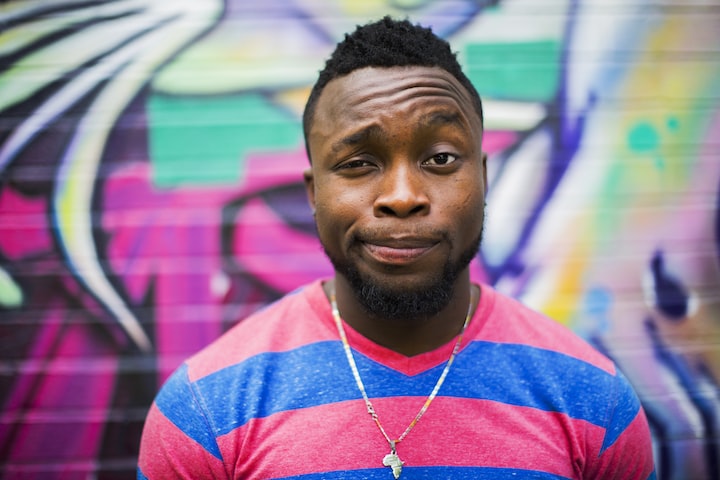 Photo by Ayo Ogunseinde on Unsplash

I grew up in a predominantly white town in southern England. Racism, violence and homophobia were an integral part of my life.

Residents of small towns are (unfortunately) products of their environment. They grow up believing that other races (all labelled as immigrants) are benefit frauds, lazy, thieves, rapists and murderers. They immigrate to "our country", only to steal "our" jobs or sponge off the Government. After being bombarded with racist propaganda, the residents of this quaint town grew up fearing immigrants. The narrow-mindedness of small-town folk is somewhat inevitable.

My mum tried her hardest to open up my worldview. I can see how I almost fell into the trap of narrowmindedness, my FaceBook posts would have made Q of Anonymous proud. They now leave me full of shame. After living in a variety of cultures around the world I realise the error of my ways. Yet, when I visit my childhood town I'm embarrassed by the racist, narrow-minded residents.

I'm not racist, but…

Is a commonly used phrase, which often precedes a racist argument and provides a "veneer of political correctness". The phrase suggests the speaker is not a racist but is about to make a racist remark. This adage is often used by people who wish to deny their racism while masking their racist intentions. Using the phrase to introduce racist stereotypes or arguments.

"I'm not racist, but I just don't like black people because they are lazy."

The speaker is trying to make their racist argument seem more palatable, whilst downplaying the seriousness of their racism.

"I'm not racist, but I think we should restrict immigration from Muslim countries."

Because of its privileges, white people can live, work and enjoy their lives in ways that people of colour are not. The existence of white privilege is not a denial of the fact that some white people experience poverty, unemployment, violence and other forms of oppression. It is, however, a recognition that these experiences are not a result of their skin colour, but other factors such as class, gender, sexuality, etc. White privilege is not a personal failing, but a structural, systematic problem. It is not something that individual white people can fix, but by collective action that dismantles the systems of oppression that perpetuate it.

Nobody wants to be labelled a racist, therefore they use the expression "I'm not racist" to avert the attention of their peers. Turning the spotlight away from the insidious nature of systemic racism. And focuses attention on the white person's anti-racist testimony.

Using the phrase "I'm not racist" is not an answer to whether or not racism still exists. It is entirely possible to not be a racist but to live within a system that is racist or within a neighbourhood rife with racism. I have also heard the following during discussions about racism: "Racism isn't real." "There's no such thing as racism."

Yes, racism is more than just violence, but violence is an issue we can all take an active part in stopping. And we can't do that if we're saying "I'm not racist" and continuing to do nothing. If you translate this statement, it reads like this;

- I'm not racist, but I have done nothing to help end systemic racism.

- I'm not racist, but I haven't taken a stand when I see racism happening.

- I'm not racist, but I haven't called out my racist family members or friends.

- I'm not racist, but I have done nothing to make sure my kids are learning about racism and its impact on our country.

- I'm not racist, but I haven't tried to learn more about systemic racism and how I can help end it.

So rather than saying "I'm not racist," become a part of the conversation. Realise that we, as a people, have a duty to be strongly anti-racist. Let's use the opportunity to grow together, not apart.

Racism is and still will be a problem for many years to come. People try to avoid racist conversation. It can, after all, be incredibly uncomfortable. Unfortunately, these types of discussions get derailed by the person who is trying to hold on to their privilege. Never use your anti-racist credentials to shut down a conversation. Instead, stay quiet, think critically, and work together to end systemic racism.

To be clear, being an anti-racist is not something you achieve overnight. It is not a scorecard for what you've done or haven't done. It shouldn't be used as leverage, earning you woken points. It should improve the lives of the oppressed.

It is a vision for a better world - a world where we will all be better off.

This was originally posted on Medium.com

More stories from Liam M and writers in Humans and other communities.