by Annie Kapur 8 months ago in humanity

Being Alone Does Not Mean I'm Lonely... 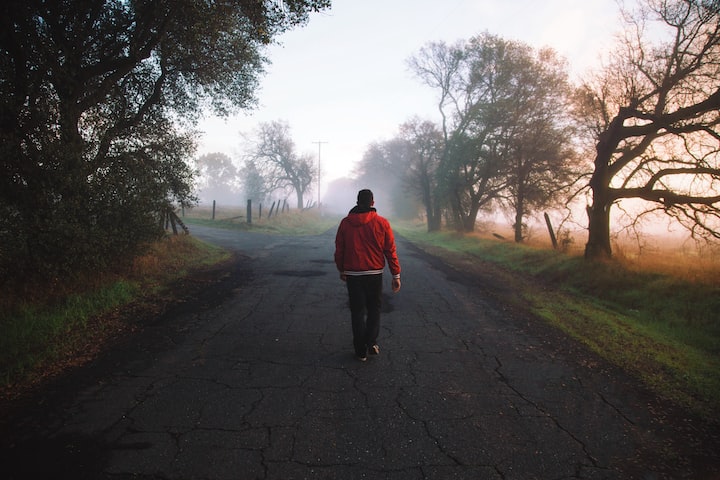 Photo by Jordan McQueen on Unsplash

Yes, being alone does not mean I'm lonely at all.

But there are people who have asked me over the internet: "how do you survive without having any real-life friends?"

Well, I have a lot of other friends: books, films and the internet. I have an audience of great people who read my articles and people who send me messages. But in reality, there is a way of surviving without any real friends whatsoever.

Do you ever feel lonely about having no friends? Yes? Then here are some ways of surviving those moments, days, weeks or years.

Psychological and Horror films can make you feel less alone through the empathy factor. Where there's people in peril and you're watching the storyline about them unfold as they get into even more peril, you can definitely connect emotionally with them. Also, the psychological depth of the story should be able to keep your mind off being by yourself.

Poetry Books are very good for making us feel less alone because of the way the poet takes emotion to another level. Personally, William Wordsworth and ST Coleridge's "Lyrical Ballads" are great for making me feel less lonely because of the way solitude is written about as never really being solitude. Find yourself a poetry book you can relate to in your emotions regarding loneliness and ones that can make you feel like loneliness is not actually loneliness and how you're never really alone at all.

I use baking things and I also make my own candy at home in order to feel less alone because not only does it require a hell of a lot of concentration, but it also requires being alone so you can concentrate on everything. When you begin baking more difficult recipes, you actually appreciate being alone so you have the space to yourself and can do everything more accurately. Really, it can make you think differently about being alone and actually make a positive thought out of it.

I have a Vocal Account (since you're here, you know that already) and Vocal has been great for my mental health. Being a woman with an MA in Film and planning to do a PhD, I can honestly say that I've always wanted to share my knowledge with other people and make it easy enough for everyone to understand. Vocal has definitely helped me with coming to terms with the fact that I'm not actually alone at all and I have an audience, there's people who care about what I have to say. I want to say thanks to everyone at Vocal because without this, I'd probably not have a platform for talking about film, books and just general stuff. I want to also thank people who read my articles because you guys make me feel less alone in the best of ways.

Selling things online and/or giving to charity can get not only people making connections but you can also find common grounds. I sell my books online and so, people would message me on eBay and stuff, telling me that I should read certain authors and I would recommend authors to them too. I have a bunch of return customers and when I went off eBay for while and returned some six months later, all of my return customers messaged me saying things like "hey, nice to see you're back..." That was really nice. Some of these small messages can make a lot of difference.

I hope you can use these tips to feel less lonely when you're alone with these easy tips. If you want to know about me, I have a bunch of stuff on my own lifestyle such as: I'm an agoraphobe and a hypochondriac (I take medications for both) and I'm an MA of Film and Writing (I commonly make articles explaining the jargon stuff around my subjects so that we can learn and revise together). I am so happy that you guys have stuck around on my articles and watch out because I'll be writing more about my life since I know I have an audience for it.