I Don't Get You

More Than A Joke 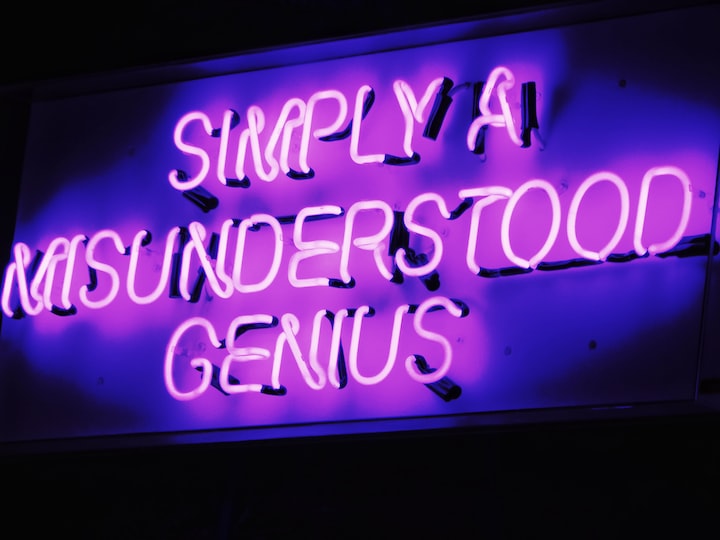 Photo by Belinda Fewings on Unsplash

"I don't get you." he remarked with a peculiar expression.

I thought we were having a witty banter session. I laughed loudly and responded cleverly, "You're not supposed to; that's the idea!"

This coworker reminded me of my two best friends in high school. I thought picking on each other was a sort of sign of friendship. Many of my close friends always said, "We wouldn't pick on you if we didn't like you." They usually held my shoulder and gave me a promising smile. I thought it was a right of way, a passage of sorts. When he made remarks toward me or at me, I thought it was a playful gesture. I had no clue he was speaking truth about not understanding me.

It was true we had an audience when we hurled jabs at one another. Each person wanted to up the other's remark. I thought it was a skit, a comedy battle. He could pick on me about my "back-woodsy" ways just as much as I could pick on him about his name brands and high dollar spending. I thought it was a rouse where we were entertaining the rest of the crowd of mundane office folk; you know, brightening their day with comedy.

I thought he was naturally funny and entertaining. Others became annoyed with his whining, complaints, and attention-seeking; whereas, I found them humorous. The format he laid them out in seemed condescending in the way most comedians portray them. When he was complaining about not being able to get his name brand colognes and skin creams or his weekly massage, I interpreted that he was portraying the vanity of American society. I'd laugh and come back with a dramatized version of another first-world dilemma. I never once thought for an instant that he was serious. I never once thought that a grown man would be throwing a hissy fit over having to use a cheaper brand of after-shave because his was out of stock.

I also didn't realize that his comments toward me were not for entertaining as a laugh at my expense, but were intended to cut me down instead. I had not received them that way. I thought we had a rapport of short gimmicks and tricks for the sake of our audience. I thought it was all "for entertainment purposes only." I thought we both enjoyed the banter and fun.

He often made comments about how uncultured this place was. How could I stand to live in a place like this? He had to take weekly trips to Pittsburgh just to survive. There were no amenities compared to much larger places; and everyone and everything here was ridiculously behind. He had been so many better places, and commented that it had to be my own ignorance that I enjoyed living here. However, I too had been to those same places and didn't find them to be quite as fulfilling as he apparently did. We had different experiences. I wondered why he had tried so hard to come back to this office if he hated the location so much. He had tried for several years to transfer from his large D.C. office closer to "home." He was from here, but he hadn't quit complaining about here since his return. Now, he was on a mission to GTFO.

Everyone knew he wanted to leave. I thought our witty humor skits were just to pass the time a little more easily. I didn't think for an instant that he was pretentious. He seemed easy enough to talk with and friendly. He would talk and rant about all his troubles like an open book to literally everyone. I thought his unusual complaints were a façade to gain amusing interaction.

I laughed at him like he was making jokes. Like I said, I didn't think he was serious about having to have a specific name brand of cologne. He didn't have allergies or anything. He'd often said so, and occasionally complained that others who claimed to have allergies were being ridiculous. I just thought he was joking about being pretentious; I thought he was acting. My geeky friends and I used to pronounce things in French and try to act more "cultured" and "snobby" than we were. We performed skits about prudes, and adored improv comedy dealing with the subject. We'd entertained small groups of friends in our dorm room at college, and at festivals in school. I had only seen such people on TV or out in public. I had never had someone like that come up and talk to me; I figured they'd be too high and mighty to come down to my level and talk to me.

I was wrong about that too.

My "coworker friend" was indeed talking "down" to me the whole time. I just never caught on. I'm not upset, but I did find it hilarious. I never reacted appropriately. He never received the reaction he wanted. I didn't get offended when he thought I should have. Instead, I came right back as a glutton for punishment.

When he finally left our office, I congratulated him. I told him I was happy he was getting to go exactly where he wanted, and hoped he would enjoy it there. I further added, "It's going to be boring around here without you. I'll miss you! I'll have nobody to pick on now that you're gone! It was nice having someone to banter with while you were here. I hope you enjoyed it as much as I did. You're a really funny guy." I stretched out my hand for a handshake.

He responded with the same incredulous look and said, "I really don't get you."

More stories from E.L. Martin and writers in Humans and other communities.