I Am Outraged and Filled With Rage

At the same time 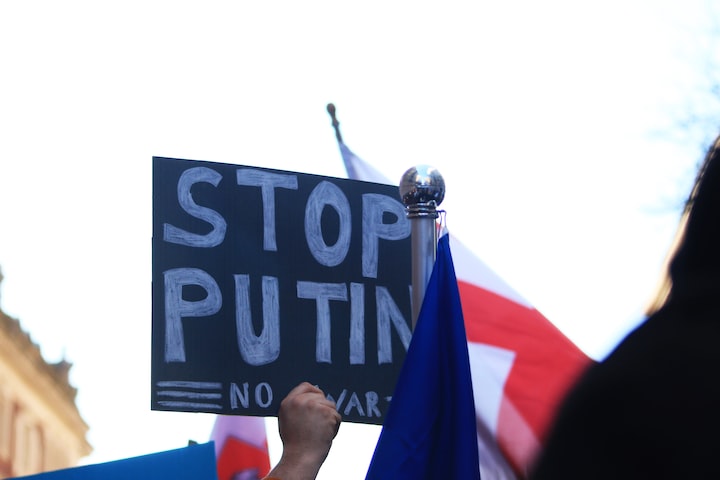 Photo by Tong Su on Unsplash

I took some time off from writing this afternoon to watch a video clip on Ukraine that popped up on one of my feeds.

It was a news program and two reporters were covering the sickening deaths, rapes and violation of human beings at the hands of retreating Russian forces in the town of Bucha. I am outraged at the actions of these Russians forces under orders from Vladimir Putin.

A woman in what was left of her house and garden was in grief and agony after her 22 year old son was shot to death. His crime? He worked in a garage down the street changing tires.

These are military targets? Vladimir Putin, you are a liar when you claim your forces are targeting only military emplacements.

You are a liar and a criminal. The Ukrainian people did not want you. You were liberating nothing. All your talk of Nazis and drug dealers running the Ukraine was a product of your sick, twisted mind and your visions of seeing yourself as another Stalin. You are no leader Putin. Is your plan to equal Stalin in killing? Is that your long term plan? To eliminate 40 million people?

Your soldiers are thugs as are you and your government!

Women are being raped in front of their children by these brutes. In the video, there were images of piles of empty liquor bottles where drunken Russian troops partied and brutally turned their weapons on innocent Ukrainian civilians in their drunken states. The mind cannot absorb the destruction you have caused. Hundreds and hundreds of homes destroyed. Shopping malls razed to the ground. Apartment buildings blown apart and in ruins from rockets and bombs

For what Mr Putin? What is this all about and how do you see it ending? Do you think once it is all over the world is going to say "business as usual" and you will be able to continue as the leader of your country and be accepted back into mainstream global affairs? Is that what you think?

Are you that much of a psychopath that you cannot see what you have done? You are a criminal! Hanging is too good for you.

As a human being I am outraged and so should be all the civilized world. Russia and any country that supports it must be made pariahs. Putin must be shown no mercy when he is finally bought to heel. And mark my words, that day will come.

You cannot do this to the people of Ukraine and this planet and expect that after it is all over it will be business as usual. If, by some travesty you are accepted back as a member of the civilized human race, that will be very indicative of who the human race really is. A violent, warlike bipedal ape!

My direct email is [email protected]

I love writing and I think it shows in my posts. I also enjoy feedback, particularly of the constructive kind. Some people think I am past my "best before date" but if that is true, it just means I have matured.

More stories from Michael Trigg and writers in Humans and other communities.