How to Stop (Almost) Any Argument

by Alberto Romero 10 months ago in advice

I use this 3-step approach 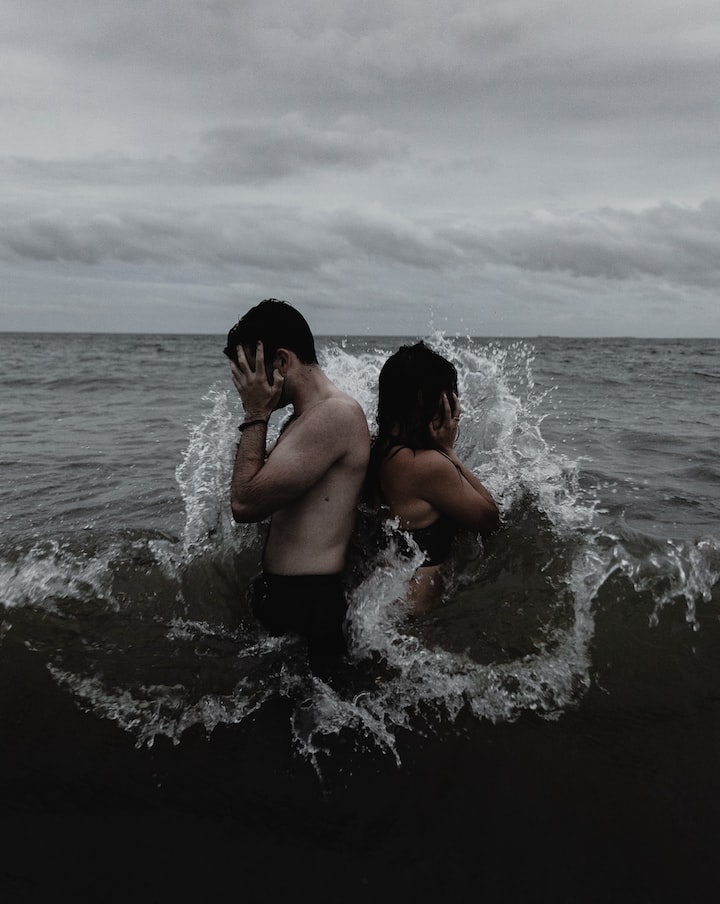 Around a year ago I was casually chatting with a girl I had met some weeks before, I’ll call her Adela. We were talking about nothing and everything. Suddenly, without any warning, she changed the tone and accused me: “Why did you talk to her if you don’t care about her?” She asked. I was taken aback by her question, but immediately realized what she was talking about.

This other girl, that had been important in the past, had appeared again. I didn’t have any intentions to keep talking to her for more than a few days, but I wanted to know how life was going for her.

Adela thought that if I responded to her I probably still had feelings for her and saw it as a threat, so she decided to ask me directly. Then I responded: “What do you mean? I care for her, even after what happened. I don’t think it matters, I’ll stop talking to her soon anyways.”

She wasn’t convinced at all. “If you talk to her it means that you still have feelings for her… I’ve seen it before and I don’t want anyone to do this to me again.” I didn’t quite understand what she meant, but I felt that she was bringing her own emotional baggage into the conversation. She added: “If you don’t let your feelings go, you won’t be able to go forward!”

I was getting angry. “We all carry our burdens through life. I know that and I assume it. I think it’s the first step into moving forward.” She replied condescendingly: “You are getting defensive. Do you often get defensive? Maybe it’s my fault…” I said: “I’m just defending myself from things that hurt me!”

But I was too angry already, so I continued: “Listen! What do you know about the burdens I carry? Why would you talk to me as if I still had to heal anything? I would expect you to validate my feelings, not fight them.” I shouted angrily. “Maybe it’s you who should heal the burden you carry. You are behaving very insecurely.”

The argument went only downhill from there. It was difficult to repair the damage we caused in that conversation. The following days we didn’t talk at all until we apologized 10 days later.

I remember this story because it taught me a lesson: had I been able to become aware of what was happening and apologize instead of reacting emotionally like I did, the argument may have ended a lot differently. We risked our relationship, and I think we could have done things a lot better.

The lesson I learned is what I want to share with you today.

People argue all the time. It’s so ingrained in our day-to-day lives that we consider arguing an unavoidable part of any relationship. You have probably heard that typical comment of: “arguing is important. If you don’t argue something is off”. “The more you argue the better”.

What a pessimistic belief!

Do we really have to get into arguments to have a healthy relationship? Is there a way to stop an argument if it goes out of hand? Is there a mindset to reduce the consequences of any argument?

I’ll try to answer these questions, but first, let me clarify what I mean by arguing and what has to happen for two people to engage in an argument.

To do it I’ll use as an example an imaginary setting in which two people are facing a specific situation in which both have their point of view (pov). When I say “point of view”, I’m using a broad meaning, including the feelings, thoughts, wants and needs. I’ll disentangle the three situations we can encounter

First situation: There is an existent difference in pov between two people but it’s never expressed explicitly.

Second situation: The difference in pov is expressed and it’s either resolved into an equilibrium state without further consequences or it leads to the third situation.

Third situation: An expressed difference in pov between two people can’t be solved right away and results in an argument.

Therefore, I believe that for an argument to exist, a difference in pov has to exist and be expressed explicitly in some way in the first place (not necessarily in a verbal manner). But not all existent differences or expressed differences in pov will end up in an argument.

Differences in pov are present all the time in daily situations:

There are differences in every situation you encounter, even if those differences are very tiny or of little importance. But, what if the differences concern more important topics?

Not so easy to find a solution, right?

Every person is unique in the sense that you won’t find, ever, another person which thoughts, feelings, wants and needs are exactly the same in every situation. Therefore, it’s impossible to not have at least some differences with the people that surround you.

A lot of the times you simply shut your mouth and go with the flow (most of the daily examples I used above will resolve this way). Some differences need not be expressed, otherwise you wouldn’t function adequately in your social life:

You see the point, right?

We all have preferences if we look for them deep enough, but sometimes they are so irrelevant that it would be stupid to open our mouths to say anything.

2. Second situation: when differences in pov are expressed

When the situation is somehow important (and only you can decide the meaning of important here), you should express yourself.

When you express how you see and perceive a given situation, you are making explicit your inner thoughts and feelings to the other person. If the other person thinks or feels different, and it’s willing to also express it, then you have it: two different povs that are potentially conflicting.

We express our pov mainly due to two reasons:

First, because we want to express ourselves and we want the other person to know what we feel and think

Expressing your feelings and thoughts is important by itself. Learning to convey your wants and needs, even if that leads to conflict, it’s crucial for any healthy relationship. And you can only get used to it by doing it often.

I tend to say things like: “I would prefer to do this and that. I’m fine with doing it otherwise, I just wanted you to know what I thought/felt.”

Second, because we want things to happen our way

Other times, you’ll think that things should be as you want. When you express yourself to make things happen your way, you can encounter different responses: the other person may not express anything. Or maybe they will say something to express themselves just for the sake of it. Or maybe, they will also express their own pov to influence the outcome.

In this last scenario, sometimes equilibrium can be reached without any further discussion if both give up a little bit. These moments are great. Solving an expressed difference without fighting is a win-win in any relationship. But it won’t always go this well, and it’s then when arguments appear.

3. Third situation: when expressed differences in pov lead to an argument

When you start arguing with another person it means that an agreement couldn’t be reached. At this point, often finding a middle ground is not the goal anymore; you want to win the argument as if it were a competition. What you want is to be right and convince the other person of your rightness.

This is always a lose-lose situation. Whether you get your point through or not, you both will end up damaged somehow by the argument. And even if you manage to get what you wanted in the end, the other person will probably accept grudgingly.

When you shift your goal from achieving a middle ground to convince the other person that you are right and things should be as you say, you have already lost, whether you win the argument or not.

Now, let’s get to the important part: what can you do once you have gotten into an argument? Let’s get into it!

What I do is apply a three-stage approach which goal is to reduce to the minimum any consequences and stop the argument (the cliché of: “two people don’t fight if one doesn’t want” is true).

The three stages are:

This is the first and most important step and also the most difficult to accomplish, as the others simply follow this one.

When I’m immersed in an argument it’s very difficult to realize that I’ve been carried away by my emotional reactions. Stopping all the angering energy that has been created is very difficult.

This is when mindfulness comes into play.

Being mindful is not just about meditating 10 minutes a day. It’s about applying the ability to be aware of the present moment in our day-to-day lives. What I have to do is becoming mindful of what is happening and what I’m saying or doing. When I do this, I enter a state in which I can clearly recognize, as if I were an external observant, that I’m saying or doing things I don’t want to.

Once I’m aware I try to think about what has just happened. With complete honestly towards myself I put myself in the other person’s shoes and try to evaluate which things could have hurt them, and how I could have done otherwise. I try to recognize it to myself first, assuming my responsibility internally to calm my emotions.

When I feel that I’ve reflected enough to truly understand what went wrong and the weight of my responsibility for the situation, I apologize.

But I don’t just say: “I didn’t want to say that”. No. Never do this! Whatever I said or did, I assume my responsibility for it and apologize by showing that I truly understood the damage I caused.

Instead, I say things of the form: “What I just said to you was hurtful. I’ve been carried away by the argument and reacted very badly. I know it’s not the right way to say anything and I assume my part of what just happened. I’m sorry about it.”

Now, after doing this you may expect the other person to do the same. Well, it’s not going to happen many times! The other person won’t necessarily apologize, although in an argument almost always both people have a considerable amount of responsibility.

They may even use your apology to confirm that they were right from the beginning. If you followed the steps I described, you won’t react to this because you will be above and beyond the argument already.

After all, this method is something I do for myself. What matters to me is how I feel. Our emotions define our feelings. Thus, if I teach them to not react, I’ll feel good independently of the reality I’m living.

The argument will be over and I’ll feel good because my emotions are not reacting and more so, because I know I did the right thing in the end.

Half engineer, half neuroscientist with a deep interest in the humanities