How to React to Insults if “You Are Above All”

by Jerry Jacobson 7 days ago in advice

Reacting to insults is important. 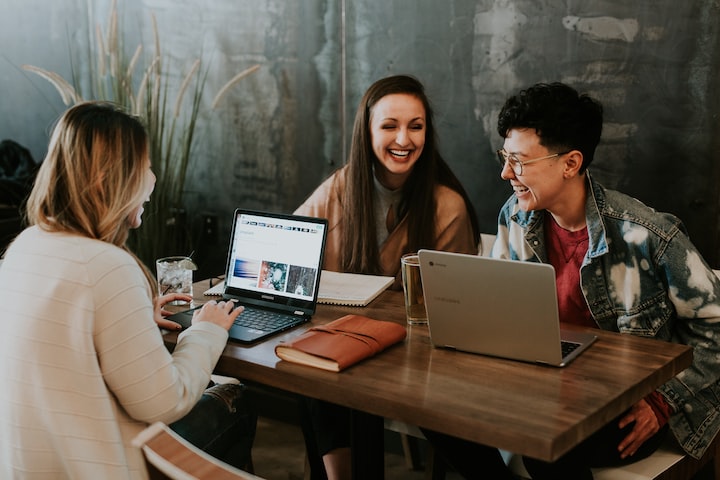 You were offended. Maybe you thought so? Or were you not usually insulted, just offended? Were you offended on merit or is this a challenge?

I have repeatedly heard expressions such as "be above that," "don't go down to the aggressor," "keep calm," and so on. But how to behave, what to say, what tone to speak, and what vocabulary to use, if you have decided to "be above all"? You will find out further.

You need to understand what determines your opponent's behavior

Why is he doing this? What is the purpose? Does he do it consciously or not? Does he want to prove his superiority by humiliating his interlocutor? Did he have a bad day and dump his nerves on you? Do his deep psychological problems and complexes force him to trigger the defense system where it is superfluous?

He insults others out of personal beliefs. When you find out what the real reason is, you will not be able to react emotionally and without upset, because you will understand that through these insults the man is talking about himself, not about you.

If you started to react (to get upset, to shout, to cry, to change the tone of the conversation, to slam the door, etc.), consider that you gave reason to triumph to the one who insulted you. By these actions you prove that he is at least partially right - his words have hit the mark and hurt you.

Draw the person's attention to the cause of his behavior, say it out loud: "I understand you've had a hard day and you're ready to get rid of anyone's nerves, and I've got in your way."

If you can't understand what this behavior is, say the following: "Great! It seems that our relationship has reached another level since you are trying to hurt me! " Or: "It seems that you have good reason to behave in this way and to discredit yourself in such a way. I'm curious, what's the reason? "

Usually, such open and direct statements disarm the aggressor and they stop the attacks. Of course, if they were said in a calm tone.

Imagine that the seller, whom you see for the first and last time, starts insulting you. You will most likely look at him puzzled, but calm, and try to guess what is happening to him.

Most likely, you will conclude that he had a bad day, shrug, and leave the store. Yes, the seller behaves inappropriately, but he has nothing to do with you. At the same time, you did not attribute non-existent qualities to him, only to later be disappointed. So, we come to the part where we talk about the middle ground.

Resentments are the result of unfounded expectations

"I did not expect you" - with this phrase begin the most painful and long quarrels. If you want to say this expression, all you have to do is do it. But it would be more honest to admit that in my fantasies I have attributed qualities to you, which are not specific to you, and now it is painful to realize that my imagination has played a part.

You need to be clear about how you perceive people. On what basis do you draw your conclusions about people? Do you believe in words or are you inclined to analyze the facts? Let's admit that the director praises you, promises you a salary increase starting next month, but breaks his promise. Do you feel offended? But the director is not the source of the problem, it is hidden in your fantasies, in which you preferred to believe in words, which were never supported by facts.

In any case, remember that nerves do not recover. Work on your reactions and learn not to lose your inner harmony in any situation. Then your life will take on color.