How to Lean Into Rejection (& Even Enjoy It)

by Andy Murphy 2 months ago in advice
Report Story

From a different perspective, a rejection is not a rejection but a signpost towards growth. How we respond to any given situation is ultimately the only decision we have to make 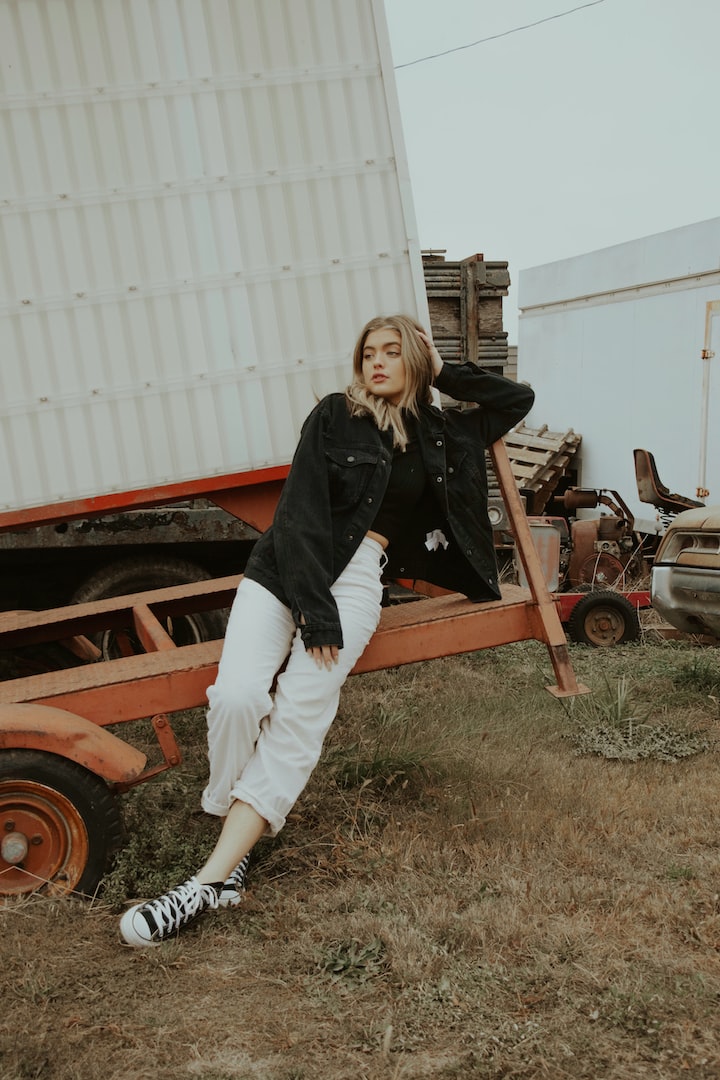 Photo by Joshua Rondeau on Unsplash

"The wound is the place where the Light enters you" -  Rumi

Rejection can take many forms and be because of many reasons.

But what is rejection, anyway?

In the end, it's only someone's opinion. And behind every opinion is a human with a million and one complexities.

Complexities that are programmed with certain likes and dislikes, biases, conditioning, trauma, habitual patterns, fears, and desires. All of which fuse together to cast a judgement on someone or something that deems them either right or wrong, safe or unsafe, enjoyable or distasteful.

These judgements aren't wrong, but they're not necessarily right either.

That's because opinions change all the time because people change all the time. We're shaped by our experiences and we're shaped by what we think and how we see the world. But when something happens that changes that idea, the truth of our experience also changes. So, as quickly as something can be dismissed it can just as easily be overturned. And as quickly as something can be refused it just as easily be accepted.

Rejections are rather transient and fickle in the end.

If there's ever a reason to lean into rejection, it's this.

Now, there are only two forms of rejection: Emotionally (relationships) and professionally (work). As I continue on, I will try and address both as best I can.

But first, let's look at a chilling study that reveals what we're up against.

A judge's word is often final, especially when the gavel comes down and decides the fate of those who stand before them.

You'd think this warrants complete focus, non-judgement, and a measure of consistency. However, one study shows that judges have far more leniency towards those on trial early in the day or right after a break.

A fabulous little adage has even come out of such a phenomenon: Justice depends on what the judge ate for breakfast.

In short, the humanness can't be taken out of any profession. As crazy as it sounds, a hungry judge is far more likely to be hasty and less patient than a well-fed one.

We all get it wrong just sometimes just as much as we all get it right. And we're all as flawed as each other. The trick is to not take things so personally.

Helpful tools to lean into rejection

"Every time I thought I was being rejected from something good, I was actually being re-directed to something better" Dr. Steve Maraboli

Take a moment to pause and reflect. Breathe. See what's true and what's not. See what's worthy of changing and then change it. If there's nothing wrong, look elsewhere for approval.

What I've found to be super helpful to either avoid rejection or sit with it is to ask myself three questions.

Timing is everything and so is consent. Emotionally speaking, sometimes one person in a relationship might not be in the best place to have a healthy conversation, so wait.

A good rule of thumb is that if you're in doubt, pause. Nothing's ever gone wrong in silence. Or at the very least, nothings got worse.

"Silence is the language of god, all else is poor translation" - Rumi

So, ask the question, first with yourself and then with the other person. And be open to receiving a yes just as much as a no. A no isn't a no forever but normally it's a not right now. Leaning into rejection helps us to better understand and become familiar with this difference.

Always remember: Rejection is momentary. It's contextual and there's nothing final about it.

Again, ask yourself the question - is this the right time?

It could well be that you need to wait a few days, weeks, months, or even years. J.K. Rowling famously applied to dozens of publications and got rejected by them all. It took her years to get Harry Potter noticed but look at how that turned out.

Sometimes the world just isn't quite ready for a new version of greatness but that doesn't mean it's not great. Be patient. There are other powers at work.

2. Is this the right place?

As much as timing is everything, location is key too. For example, choosing to speak your truth to a loved one while they're emotionally unavailable can make both of you feel unseen and disrespected. Choosing where to have the conversation is as important as when to have it.

A loud nightclub might not be the best place for obvious reasons. Speaking in a group can often make people feel defensive and looking at your phone while someone is being vulnerable is a surefire way to lose connection. Pick your moment. Create the right environment and half the battle is done.

You can ask yourself: Would the conversation be more supported if we went for a walk? Or were at the beach? Or over dinner in private?

Don't underestimate the power of having the right conversation in the right place.

And if it's not the right place, wait.

Location relates to other forms of rejection too. New York has different tastes to London, for example, and London to Tokyo. The people in New York may reject something that booms in London, and vice versa. Professionally speaking, it's the same with publications, productions, TV audiences, social media platforms, and music labels. One might dismiss a piece of work out of hand while the other thinks is the next big thing.

Or as the old adage goes: "One man's trash is another man's treasure."

So, from a professional standpoint, think about where to send your work and where to connect to your audience. Experiment, play, and explore different pathways here. There's an audience for everything these days, it's just not always obvious where to go or how to find it.

If you're lucky, you'll get told that your work doesn't fit into the organisation you applied but most of the time you'll get the silent treatment. So, it takes an element of exploration to figure things out. However, one thing is for sure: Consistency and perseverance reign superior in the end.

3. Is this the right person?

Rejection from a person is often harder to stomach than that of an organisation. However, the same question can be asked - Is this the right person right now?

To make this even more complex, they could be the right person but not the right person right now. Remember the hungry judge? You might just have to wait until they're well -ed before you get the connection you're after.

Remember, we're all programmed with likes and dislikes, biases, conditioning, trauma, habitual patterns, fears, and desires and in a split second, we cast a judgement on something that deems it either right or wrong, safe or unsafe, enjoyable or distasteful. These judgements are very real but they're not always rational.

From a professional standpoint, the same rules apply. Ask yourself - is this the right person/organisation to represent my work? If not, move on. Never forget that one person's trash is another person's treasure.

Keep the faith. Believe in yourself. Eventually, the right person/people will appear and when they do, it will be a magical union.

Learn to lean into difficulty. It's often where the growth is. After all, there's even a tremendous saying that honours such a phenomenon: Growing pains. Or as Rumi - the great Persian mystic poet once said:

"Where there is ruin, there is hope for a treasure"

After any great wildfire, luminescent flowers burst through the charred land to bring it back to life again in much the same a smile from a stranger gives hope to even the most heartbroken of souls.

Waves rise and fall. Life comes and goes. Neither are accepted or rejected. They simply just are.

My friend once said "It's not happening to me, it's just happening" and I like that.

More stories from Andy Murphy and writers in Humans and other communities.