How to Deal with Getting Older

by Jamie Jackson 5 months ago in advice
Report Story

It's not a new period of life, it's the same life as always 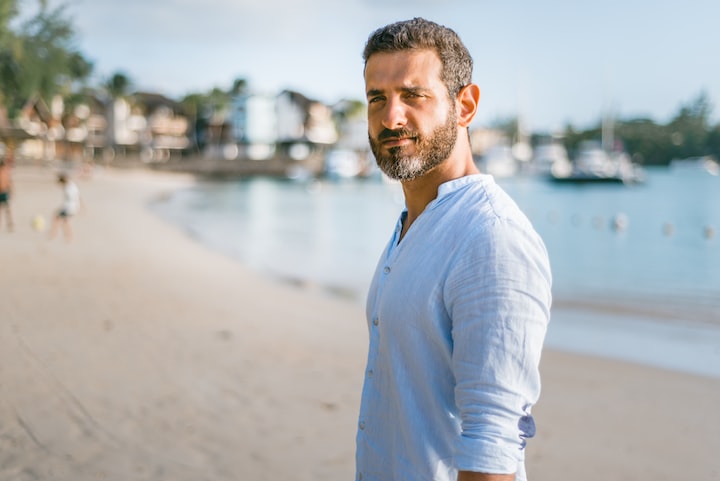 Photo by Rana Sawalha on Unsplash

I’m 43. Being over 40 used to bother me, I felt old. Ancient, in fact. Weird thoughts crept into my middle-aged mind; thoughts about becoming frail, looking aged, getting ill, being redundant to society and being unattractive to the opposite sex.

If you're on the pre-40 side of things, good for you, but to be clear, and as a warning, this age milestone hits hard. The day itself is just another day, and there's no real difference from when you were 37, 38 or 39. It's more the insidious realisation of your age that begins to consume your thoughts, to colour and taint them. I'd hear about a 40 year old man on the news and picture someone old and passed it. I'd want to start a new hobby but think "what's the point, I'll never master it now." That sort of thing.

Yep, getting older can be challenging to your self-respect. No doubt.

But I've realised some things about ageing that have helped me adjust to this new period of life and I want to share them with you. Here's the first.

It's not a new period of life, it's the same life

Time is a human construct. Not the metaphysical passing of time towards entropy, that shit is real, and one day the universe itself will be a cold, dead place (thanks to Professor Brian Cox for gleefully hammering this home on a regular basis). But the concept of dividing time up into segments is a human construct; there are no hours, no minutes, no years. It's just one long line of present, the crest of a never-ending wave pushing forward. The present is all we have.

Sure, 40 means something, it's not completely arbitrary, it signifies you've been on this planet for a while, but was it really much different from two years prior?

The anxiety of age comes as a birthday ending in a zero approaches. But it's not a signifier of anything other than that – another birthday. It not only doesn't have to mean anything, it literally doesn't mean anything. Your body doesn't know it's 40. Only your brain, your worrying, over-thinking brain does. Control your thoughts about this and let go of the anxiety. You don't live by a clock, you live on the razor's edge of the present moment. It's all you, me and everyone else have. Be present and ignore the made up markers along the way.

I've always felt old since I stopped being a teenager. You flip into the twenties and that's it. Things suddenly slip away. You're no longer a teen; an entire generation coming up behind you has now claimed that land. And when you hit 25, that's a quarter of a century. It's alarming stuff. 30 is more of the same. So is 35.

I’ve heard 25 year olds saying it’s “too late” for them to do things with their life when the reality is they’re fresh out of education and they’ve got the world in front of them. When I talked about being 40 in front of my father-in-law, he said "I wish I was 40 again." It depends where you stand, how you look at it.

You're never going to be as young as you are right now. You're never going to have more opportunities in front of you again than today. “I’m getting so old” is said by people all the time and it’s mostly never true. So ignore it. It’s a trick of the brain. Stop obsessing about being old and get on with living.

People are as old as they feel

This is such a cliché I hate to say it, but like all good clichés, it is true. Have you noticed those who call themselves old always seem to be? Then you meet people who you assume are way younger than they are simply because of their youthful energy and behaviour.

“Being in love with life is a key to eternal youth.” – Doug Hutchinson

An important addendum to the point about feeling old, you may not remember, but you spent a significant amount of your early life feeling too young.

It's a trick of the brain, it's a mental con. Too young, then too old. What happened to feeling perfectly ready?

The truth is, you will never feel ready. You will never feel it’s the right time to do anything. Your head will be full of value judgements about your age, looks, abilities, whatever. Don’t listen to that voice. Age is just another lie. It’s all fear and fear is a liar.

Live to your standards, not those of others

Those people who claim they can't do things anymore because of their age are merely making excuses. Anyone can do anything. However, much of their hesitancy comes from judgement; the woman who doesn't want to dress too young for her age, the man who doesn't want to approach a woman as he feels old and passed it, the individual who stops learning and trying as "their best years are behind them."

These are self-imposed limits. And do you know what happens to people who fight for their limitations? They get to keep them.

"You can't help getting older, but you don't have to get old." – George Burns

You don’t have to live like that. They’re not your standards and it’s not your thinking. You’re better then that. Life is full of limitations to overcome, don’t create more for yourself.

Age is just another challenge you and I have to come to terms with. Life is nothing but challenges, and like all challenges, it can consume you or you can rise to it.

The greatest thing about getting older is it comes with wisdom. Sure, it was fun being 16, drinking in the park and hanging out with new friends, but it's easy to forget the crippling insecurity, the cluelessness, the hormonal storms and the endless feelings of being emotionally lost. Don't allow nostalgia to trick you into thinking everything was better just because you were young.

Wisdom is the highest prize in life. It is everything. It's the key to happiness, it's the culmination of experience plus time. It's ageing's greatest gift. After all, Madeleine L'Engle wrote:

"The great thing about getting older is that you don't lose all the other ages you've been." – Madeleine L'Engle

More stories from Jamie Jackson and writers in Humans and other communities.