How To Argue Smart

by Melinda Grey 4 months ago in advice
Report Story 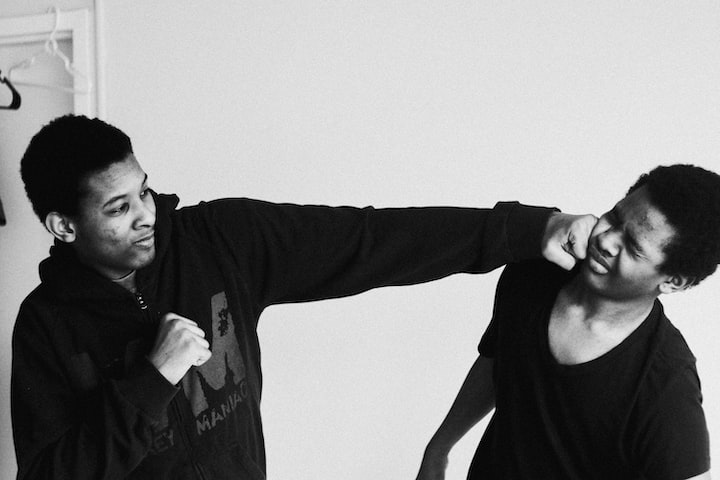 Life as a couple is not always easy, and quarrels are a reality on which the well-being of living together depends. Learn to argue intelligently to solve inherent problems in time.

Couples do not break up because they quarrel, but because they do not know how to argue, say, relationship therapists, strengthening the functional component of differences between partners.

In a balanced couple, the contradictory discussions seek to clarify the differences of opinion and less the division of justice, resulting in the neutralization of the loser, until new revenge with a vindictive role.

Even though quarrels traditionally have that negative connotation of an intense confrontation, which encourages the expression of reproaches and dissatisfaction in a painful way for the participants, there are alternatives to addressing conflicts in the couple. In other words, there are quarrels with the head.

Most of the time, when we argue, we try to impose our point of view and become deaf to the other's arguments. Remember that if one of you wins the fight, then you have lost both. The purpose of a contradictory discussion is to bring to the surface the grievances and to offer them a solution.

2. Don't try to guess his thoughts!

Even if you have known him for a long time, do not make the mistake of believing that you fully understand the other. People change over time and they may become a stranger to you. Ask him out well if he is no longer absorbed in the connection.

3. Don't attack more than one problem!

It does not bring up other topics. For example, if you are arguing about children's education, do not let the quarrel degenerated into endless discussions about money, alcohol, etc. Solve the problems one by one. Plus, don't dig up old issues. All you have to do is irritate yourself.

4. Wash your dirty laundry in the family!

Do not allow other people to participate in the discussion. If an argument is imminent, do your best to postpone the moment until you are alone. Not only will you put others in a difficult situation, but you will regret the decision. Think carefully if you need someone to get involved in your problems and if you are not able to solve your problems yourself, then involve others.

If you have something to blame your partner, do not hesitate to talk to him even if it is possible to argue. It's better to argue about small issues than to shut yourself in and watch the problem get bigger and bigger. It has been observed that the longest-lived couples are the ones who quarrel often.

They solve their problems before they degenerate into conflicts. Partners need to talk to understand and be understood. Do not hope that your partner will guess your grievances, but confess them.

Do not use insulting nicknames when arguing. If you happen to be unable to hold back, apologize immediately.

To resolve the conflict more easily, look into your partner's eyes, hold his hand. Quarrels are part of the couple's life and you don't have to be cold with each other if you have a little misunderstanding. It will be easier for you to find a solution if you do not let the cold catch you.

8. Try to understand it!

You don't have to agree with the other person to understand his reasoning. Listen to him carefully and try to put yourself in his situation. He will be tempted to do the same. In addition, it will be easier for you to understand his motives, desires and you will find it easier to find the neuralgic points where you do not agree.

More stories from Melinda Grey and writers in Humans and other communities.