by Janis Ross 4 months ago in humanity

Making Me a Better Teacher 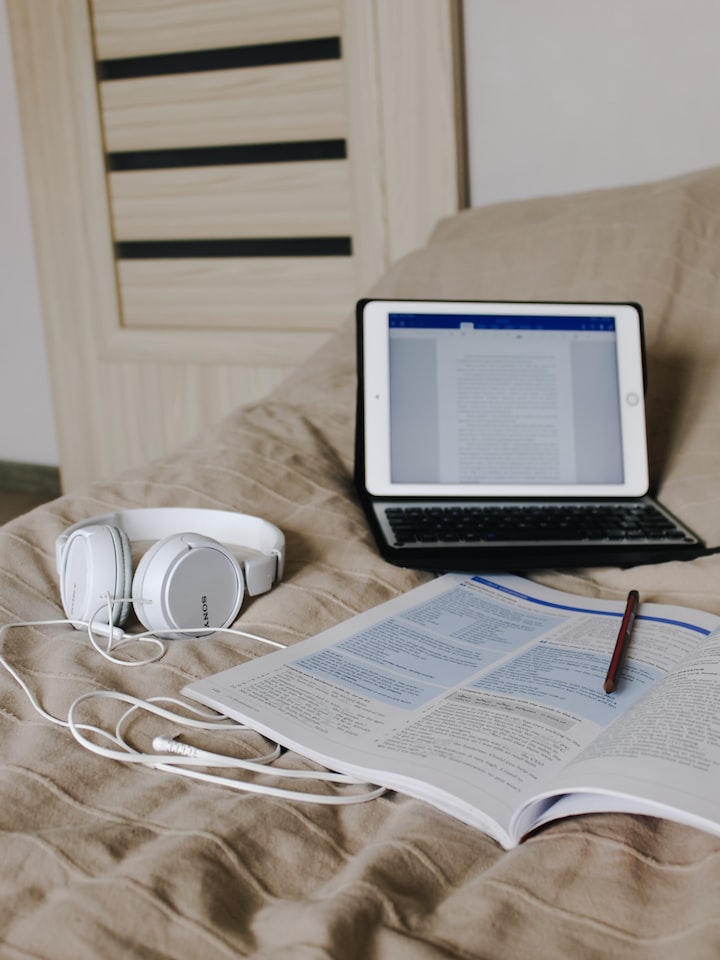 Photo by Anastasiia Ostapovych on Unsplash

Whenever I'm beginning a new school year, am in a new group of people, or are participating in a teambuilding activity, I always have an ace up my sleeve for an interesting fact about myself.

My favorite game to play with my students during the first weeks of school is "Three Truths and a Lie" (though 'lie' might be exchanged for another word, depending on the group). Generally, my list goes like this:

4. I've been to five different countries.

Most people guess that #1 is the lie, but it's actually the truth; my parents were both Air Force, and I was born on base. I lived in Japan until I was about 2. (So no, I don't speak any Japanese.)

I'm also a green belt, though I'm quite out of practice.

I've only been to Japan and Mexico so far; the pandemic kept me from going to England and France last year.

So that leaves homeschooling. Depending on the group of people that you ask, it's either extremely obvious or not obvious at all; I have yet to discover what moves people in one direction or the other.

Being homeschooled allowed me to have a lot of freedoms that other students may not have had; there are also some things that I missed out on, like senior prom. But I have so many experiences that have helped to make me the person that I am today, and many of them might not have been possible if I went to public school.

I've been reading since I was 4; as my mom tells it, I wanted to learn how to read, and that guided my parents' decision to homeschool me (and eventually my three younger siblings). Reading and writing were some of the earliest things that I found reward in. I would rush through chores and other assignments to get to read.

I distinctly remember the brand new, still in the plastic Chronicles of Narnia box set sitting on my mom's white bookshelf - the same, quite worn set is now looking back at me from my black bookshelf - and her telling me that I had to finish the book I was reading before I could read the series. Believe me when I say it was not long before that box set was opened and rapidly devoured.

Every homeschool family is different. My mom was very clear on her expectations. Up by 9. Start your schoolwork by 10. You can't be in your pajamas all day; put on day clothes! But beyond that, her only direction was that the assignments for the day were completed. You could even work ahead, if you wished. There wasn't a designated stop time; as a result, I would often be done for the day by 1 in the afternoon, the rest of the day open for me to do whatever I wanted (as long as chores were done, that was a non-negotiable).

This gave me so much time that I could use as I pleased; this is where I was able to really explore and develop my imagination, which led me to my love of writing.

We lived on 8 acres of land, most of it wooded. My siblings and I, and occasionally our friends, would create fantastic adventures as we tramped through the trees and underbrush, clad in long sleeves and jeans tucked into our socks to prevent ticks from attacking us as we explored. I was able to be whatever I wanted; pirate, queen, brave adventurer, anything that my mind could think of. I was lucky enough that my siblings and friends allowed me to create these worlds for us to share (most of the time).

When I wasn't exploring, I enjoyed reading. I was obsessed with myths and constantly checked out books about myths from my local library. I read whatever books I could get my hands on; I was that kid obsessed with Sherlock Holmes and Jane Austin and stories about magic, dragons, and adventures. I read about so many things that were not covered in the curriculum, and that was something that my parents (and I) loved about homeschooling. Granted, there are many "standard" novels that I've never read - Lord of the Flies, To Kill a Mocking Bird, Catcher in the Rye - but honestly, the teacher in me says I wouldn't have any connection to them and therefore wouldn't have enjoyed them anyway.

Frank Peretti, the author who first inspired me to write my own stories, amazed me with his ability to write stories of adventure while still weaving in spiritual themes without making them sound "preachy." His approach was something that I sought to emulate in my own stories.

When I was 11, I told my dad that I had an idea for a story, and I wanted to write it down. He sat down with me at my computer and taught me to use a word processor. I wrote my first story. Buzz's Daughter. Please don't ask me what it was about; I've already given you too much information.

From there, I used the imagination that I'd been given to write increasingly more complex stories, still trying to capture Peretti's skills and make them into my own. Sometimes I captured them and sometimes I didn't, but I was able to improve my writing skills. I would share my stories with my friends and my siblings and delight in the ability to entertain them.

One of my favorite memories was telling a friend a story that began with a dream that I had but, as I told the story, I started adding more and more events until it was a fully fleshed-out tale. I'll never forget the pride I felt in myself at being able to create a story as I went, and I always remind myself that I have that skill in me (especially on days when writing is just hard).

Ironically enough, though I will always be proud of my homeschool background, I became a public school teacher. I'll admit that I often feel like the outsider that I am; there are many parts of the public school experience that teachers are expected to know and understand, but I've never experienced. Permission slips for field trips? My mom and our group of other homeschool families would just pile kids into a couple of minivans and go. Assemblies? Dad would come into the room and tell me what he wanted me to know. School lunch? You better go in that kitchen and make yourself a sandwich with some carrots on the side. And don't get me started on fundraisers.

Still, I've been able to use my homeschool experiences as I teach my students. I understand the power of choice when it comes to reading, so I try to provide students the opportunity to explore different genres and authors. I know how important it is to encourage young writers to tap into their own imagination, like my dad did with me, so I extend that support to my students.

But perhaps most importantly, I learned how crucial intrinsic motivation is to a student's success. My parents helped to develop that in me from a young age, and I know that was one of the keys to my success once I stepped onto a college campus with no real experience of having multiple teachers, classes, and assignments to contend with and balance. My assignments were always done well in advance, and my study habits were often joked about (but they got me A's, so I didn't care). I didn't have to wait for a prize to get things done; I was motivated to do my best because I enjoyed the feeling of earning what I got.

Many of the students that I've seen through my almost six years of teaching have struggled with intrinsic motivation; they require points and prizes to want to get anything done. I'm sure that it's just a sign of the times, but a part of me wonders...if they had been homeschooled, would they be different? I know that not every student is cut out for homeschooling - two of my siblings were certainly not - but it worked for me, and I wouldn't have had it any other way.