Hello, My Name is Officer Down

by C.M. Silas 5 months ago in humanity
Report Story 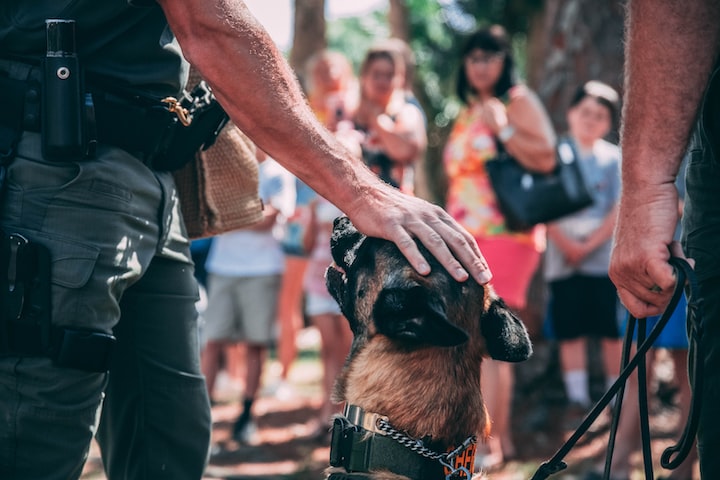 Photo by Jason Jarrach on Unsplash

Most of you have seen my face on the news. I was one of many. For a time, the public seemed to understand, seemed to ache with the rest of my brothers and sisters that I left behind. For a time. Come here and let me tell you something - something that you did not realize before. That day I stopped you for speeding, and you felt indignant that you were being called out, I had witnessed the night before a fatal wreck involving a woman your same age. She was a mother, a wife, a sister, a daughter - like you. I could see it in your eyes that you were angry for getting that ticket, but your life is more important to me than getting your approval. Maybe a warning would have sufficed, but I have seen too many lost lives to hope you slow down with just that.

That night when you left your friend's house to drive home, you were unaware of the fact that I had just arrested a predator who was only two blocks away. You would not have been his first victim, and certainly not his last. I had to bear recounting the despicable details of his most recent crime in court a short time later. It is the evil that many pretend does not exist, evil that is surrounding them, but they will never know it. Why? Because the Sheepdog protects the sheep, so they can sleep peacefully and not in fear.

You passed by me one day. I was writing up a report. You were angry over the long line at the grocery store, I was angry over witnessing yet another case of domestic abuse - a battered woman bringing a violent man back into the home with her children. I have seen what has to be the closest thing to hell on earth, and I have carried a scared child from a home where they did not know what having a good night meant. I have told them, "It is alright, you are safe now" as I think of my own children who are wondering if I am safe.

Although you did not realize this, my children attended the same camp as yours. They heard the comments made by their peers regarding those in my profession. They heard the names that my brothers and sisters were called by those who do not know what it is like to walk a day in these shoes. While my children would lie awake at night until they heard me come home, knowing I was safe for one more night, you taught yours to view us as enemies. You taught them what blatant disrespect looks like by being that example to them when I had to visit your home for a domestic disturbance.

I have had to look my wife in the eyes while at a fallen officer's funeral - I have had to see her fears, brave as she is, set in at being reminded of what this job can cost, what we risk and what we have to sacrifice to serve and protect you. Maybe it was the arrest of a drunk driver, who was headed your way, that saved your life. Maybe it was pulling over a suspicious vehicle, which happened to be the suspect in a recent shooting, that kept you that much safer from harm by taking him off the streets.

You heard the report on the news today, you saw my face and recognized me as the officer who you passed while heading out of the store this morning. My name is Officer Down, and I took that bullet for you.

More stories from C.M. Silas and writers in Humans and other communities.