Plus Here’s some things they’re doing Instead. 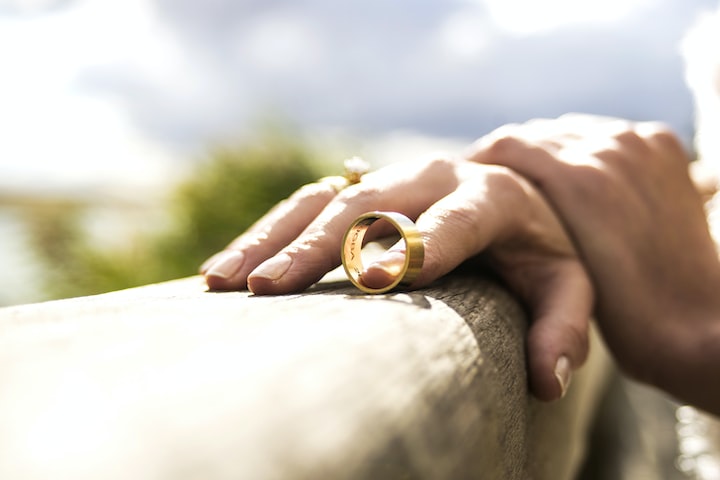 Is it worth it Anymore?

One of the biggest problems facing western countries today is the decline of marriage and the sky rocketed rates (68%)of divorce. With a majority of Women initiating divorces in the U.S,many single men from the sidelines are taking note and are reconsidering the idea of tying the knot for a more alternative lifestyle. Often more than previous decades, the decline of marriage and hookup culture has internally scared away potential suitors to partake in the traditional human experience because the risk is higher than reward and could result in men (or sometimes women) losing half of their assets and properties in the process. It’s no wonder that in countries like Japan for example that Grass Eater men opted-out of dating and working at traditional office jobs like their parents before them and instead dived into collection based hobbies or video games to fill a void in an modern age of courting a woman.

Because marriage doesn’t seem to outweigh the risk linked to Alimony, Child support and loss of income, what are single men in 2021 doing instead? While some are sleeping around, there’s plenty of guys who aren’t into that or have little to no access to it. Dudes are finding other hobbies to occupy themselves. Listed are the top things men are partaking in instead of marriage.

In an age where marriage is in a sharp decline, a majority of young men and women (especially men) are engaging in video gaming and livestreaming on YouTube and Twitch. It’s a good way to gain recognition and build new relationsips with other fellow gamers that could last years. There’s several YouTube tutorials on how to set up a streaming channel for any game console. Forming a community of like minded streamers to watch you duke it out on Call Of Duty, GTA Online Or even Super Mario could be your new normal and a life that’s fun.

Not that married people wouldn’t establish a game stream themselves, you just more free time to do it when you’re single and not seeing anyone. Truly let’s face the facts: You’re going to game anyway or be so engaged in online game play, that your wife will probably get annoyed and start nagging you to turn the game of or worse yet, unplug the game console in the middle of your session. That simply can’t happen if you’re not married or in a relationship.

Enter Into An E-Sport

E-Sports is the next generation of competitive gaming that only elite veterns or non amateur gamers participate in.The League Of Legend, Fortnite and other Ready-To- Play online games were designed to compete against other team players at big e-sporting events around the world. Since E-sports is such a new form of sporting, now is your change to pick up the controller, dust it off and practice those shelved PS5 or Xbox games to be among the elite and be an overnight celebrity on the reddit sub forums and mainstream. EVO every year host an E-sporting even in Vegas where anyone can compete among one another and duke it out against other teams at the convention.

Plus playing video games is a good and normal way these days to deal with stress or to escape. With E-sports on the rise, being married would probably mean you’d have to ask your wife for permission to go visit EVO or other E-sporting events as you’ll likely to need to choose between her or a video game. Besides, would you want to be subjected to being told “NO” to the ultimate guys night out?

Traveling is a the best way to o find one self and to discover other cultures and traditions different than your own. In fact, unmarried men are traveling to destinations like The Philippines, Thailand, Japan, Brazil, Costa Rica and many other places because of the contrast lifestyle lived in those countries compared to how life is in the states.

Some men have found alternative dating options outside of their home countries where there’s not such a stiff competitive in availability of what they could find somewhere else outside the states.

Shows like 90 Day Finance try to paint a discouraging picture of possibly finding romance abroad when the truth is, there’s thousands of men who seem happier with foreign girlfriends than the men back home. Because in America, Women can date whoever they want while men date whoever they can. Unfortunately , it’s due to the fact that loneliness often clouds the judgement of both men and women. Yet American Women in the 21st century have a better advantage at dating as they can be pickier and more selective thanks to dating apps like Tinder and Bumble. Contrary, Men have more options for dating abroad and can be as picky as their American female counterparts.

Yet a majority of western men who choose to stay single still expat to Thailand, Vietname or other South East Asia countries for cheaper amenities and more affordable living. Guys don’t nessicarly go abroad to court and date but to experience life that they couldn’t afford back at home. Being stuck in the states and married doesn’t always equate to happiness or a better life, sometimes, staying single and going abroad is much more thrilling and adventurous, and who knows, if you decide to change your mind, you could always Find your next girlfriend in Luzon.

Hobbies is the halmark of many people’s lives and it’s no different in a culture that encourages hook ups over committement. Instead of entering committed relationships, some guys are taking a page from Japan’s Grass Eaters and just pursuing their own hobbies and interest outside of romance and sex.

For some individuals, the thought of collecting action figures or certain limited additon video gamers seem more thrilling than tying the knot .For good reason. A majority of people married often don’t have time for their personal hobbies are unfortunately compromise theirselves in favor of things their wife likes to do Instead. It goes both ways depending on the dynamic but in general, marriage is a big responsibility that requires you to be someone you aren’t to satisfy and make someone else happy. And for what? Just so you to suffercate things you love to do? Think about that for a second. That’s why more than ever, guys who aren’t getting into marriage are ditching relationships and collecting action figures, going to more comic conventions or Anime conventions. There’s also groups of guys hitting the gym and getting ripped to live long lives.

It’s an easy going life where the stress of work is all they worry about, and their hobbies can be enjoy more enrichly. There’s nothing wrong with collecting action figures, playing online video games, streaming your online game play,having a vacation girlfriend overseas or betting on what sports team will make it to the next few games or championship. It certainly beats. Spending thousands of dollars on a rock to propose or over $30k on A wedding. No we‘re not a man child, we’re free spirits who Just made smarter decisions on what we wanted in life. What we didn’t want, is a marriage to someone who’d stay with us for 7 years until they wake up one day to annouce that they no longet not in love with us anymore.

Receive stories by Kyle Smith in your feed
Kyle Smith
Read next: Home