EL
by Emma Louise 6 months ago in humanity 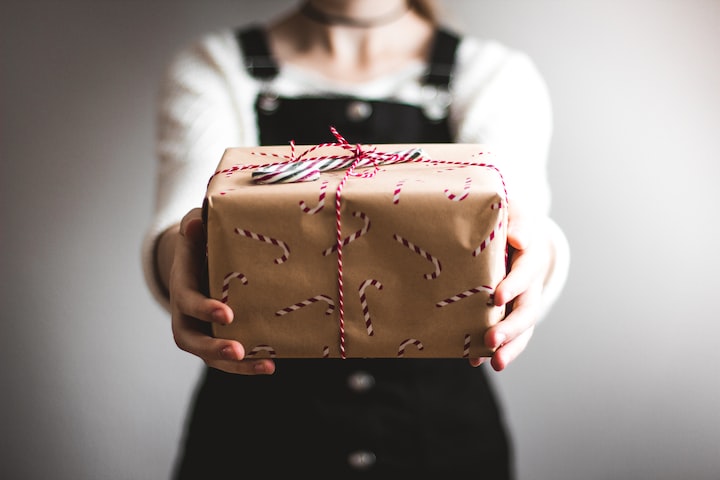 On new years eve 2020 after such a difficult year for me, my business and my finances i saw a local pub offering to give away free food. Food thier warehouse wanted to chuck! I cannot stand waste, especially if it is related to the way we treat animals such as dairy or meat. So with absolutely no shame i went and collected as much as i could.

When i got home i began to realise i have way too much and i will end up wasting it. So i put a post on my local facebook groups offering free delivery for anyone local.

I organised to drop off to people who were either struggling or iscolating. I felt so satisfied doing this. Seeing the look on everyones faces when they received thier food parcel of fresh veg, meat, cheese, milk, fruit and salad.

I was then contacted by a lady telling me she knows of someone living off food banks and desperately needs fresh veg. She was allot further away. i was hesitatant at first as it was about 8 miles away.

I asked about the lady and her circumstances and established she used to work in TV and is very embaressed about needing help. I didn't ask what exactly she used to do as i don't like to pry.

I decided she needed my help so i drove to her address without making any contact and i dropped the food on her door step. I waited in my car to make sure she collects it without having to face me, but she didn't come to the door.

I knocked again and hid in my car but nothing.

So i contacted the lady who asked me to deliver the food and she was unable to get in touch with her. I decided to risk it (praying nobody would steal her much needed delivery) and left the food and i went back to my other deliveries.

I felt very pleased with myself. Driving home a friend of mine called for a chat. So i had her on loud speaker and told her what I'm doing. She remined me she runs a FREE PANTRY and they actually can assist her with a small amount of funding towards some food. I was unsure how to go about this as the food was dropped off quite discreetly.

Now it wasn't until a few days later that i asked whether this lady did receive her food and i was told yes she did and she was very grateful for it. GREAT!

So i mentionned to the lady who originally contacted me that i know someone who can offer her some funding and if she would ask permission for her contact details to be passed on.

We eventually organised a food shop to be done online via the Free Pantry and this is due to be delivered in a few weeks. I found out the lady has no laptop/PC to communicate.

So now im worried, how will this lady eat between now and then...and i have a spare laptop she can have.

So i go back to the pub who have not only distributed all of the food locally that would have gone to waste but now they have set up a fundraiser to coninue to support people like this,

I collected more food and i dropped it off to the lady. By now we have had a few conversations on whatsapp so she feels more at ease with me.

I knocked and waited to speak with her. I gave her the laptop and the food and she just couldn't believe kind people exist. She was so thankful and such a lovely lady. We had a good chat about life, relationships, parenthood and we laughed together. I wanted to give here hope that things will get better.

I have previously sponsorred the local soup kitchen and i noticed the manager has moved onto another charity who are not only local to this lady but also doing a similar thing, distributing food that would have been thrown out. So now im talking to him about assisting this lovely lady.

I have now been told that this lady has been inspired to write a drama/story about poverty. Im so excited. I feel like we 3 women have brought her back to life and given her hope again!

Such a small thing can change someones entire world! the universe will pay you back in kind. Have faith.