Five words that will change your life

M
by MelonHeaddh 2 months ago in advice

Five words that will change your life 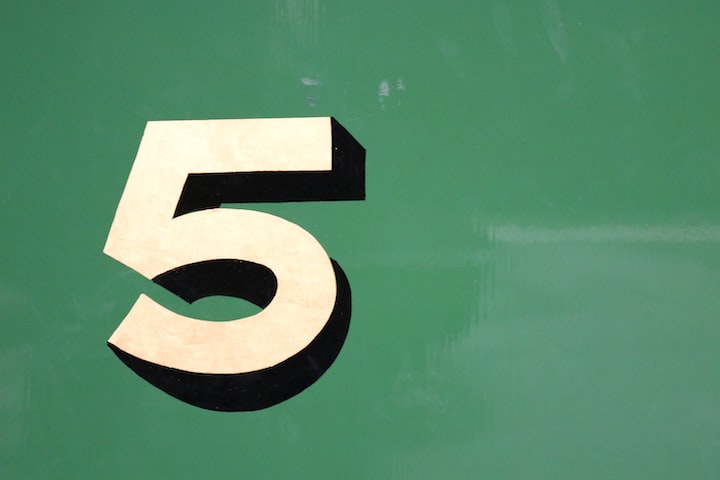 Photo by Tony Hand on Unsplash

The first sentence is: excellence is a habit

If excellence is a habit, then laziness is also a habit. When people are born, everything is basically formed later in life, except for their temperament which will be different because of their nature. Therefore, our every word and deed is a habit that is developed day by day and month by month. So we have to turn excellence into a habit from now on, so that our excellent behavior is habitual and becomes our second nature. Let us habitually create and think, habitually do things carefully, habitually be friendly to others, and habitually appreciate nature.

The second statement is that life is a process

The third sentence is: The shortest distance between two points is not necessarily a straight line

When skiing, the biggest experience is that you can't stop. When I first learned to ski without a coach, I ended up skiing from the top of the mountain to the bottom, actually rolling down the mountain and falling many times. Finally I repeatedly practiced how to stop on the snow and slopes. After practicing for a week, I finally learned to stop, slide, and stop again on any slope. This is when I realized I could ski. Because I knew I could stop whenever I wanted to, as soon as I turned around. As long as you can stop, you won't hit a tree, you won't hit a rock, you won't hit a person, you won't get run over. Therefore, only those who know how to stop know how to move forward at high speed.

Using a car as an analogy, BMW can go on 200 km, but Chery can only go on 120 km, why? The engine is estimated to be comparable, the gap in the braking system, Chery on 200 km on the brake can not brake!

The fifth sentence is: give up is a kind of wisdom, defects are - a kind of grace

When you have six apples, do not eat them all, because you eat all six apples, you also only eat six apples. If you take five of the six apples and give them to someone else, even though on the surface you lose five apples, you actually gain the friendship and goodwill of five other people. When others have other fruits, they will surely share with you too, you will get an orange from this person and a pear from that person, and finally you may get six different fruits and six people's friendship. That's why giving up is a kind of wisdom.