Five kinds of people can not see you

by Di Mo Si 2 months ago in advice
Report Story 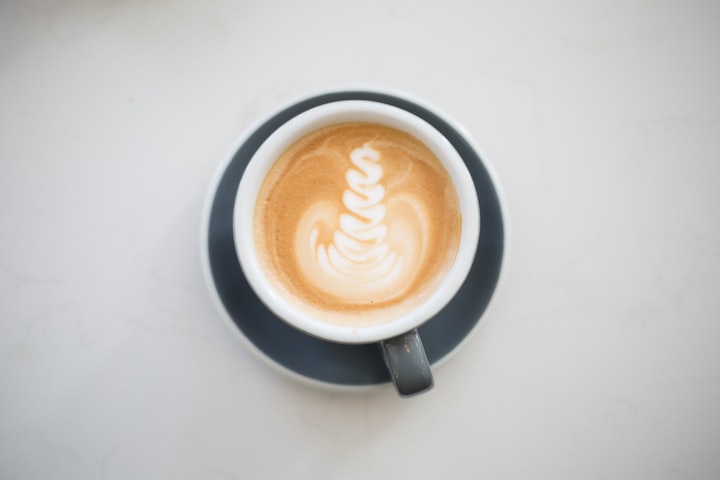 Photo by Glen Jackson on Unsplash

That said, we do not see each other, and why do they have such bad intentions?

In other words, why can't you see the good people, but it is the people around you, the people you know?

The distance between strangers and us is far, so they are good or bad, and will not bring many ripples to our hearts. But the people around you are different because they are close to you, and you often meet them, if you see that you are doing well and they are not doing well, their hearts are not smooth, are not fair, and are dissatisfied.

These people will always think: "Why should you, who seems normal, have a better life than me?" "Why is it that your son, can get into a good school?" "Why do you always get rich in business?"

And especially if you and these people around you have had conflicts, disputes, and unhappiness, they heartily do not want you good psychological tendencies, it will be more obvious.

01 and you have had conflicts or disputes, narrow-minded relatives, can not see you

Some relatives and you have had some conflicts, will miss you. This kind of thinking, not does want to help you, doesn't want you to have a good life.

It is in this sense, we will feel that sometimes, some so-called relatives, even the next person is not as good, even strangers.

That said, strangers are not known, but they do not have inexplicable bad intentions toward us. These relatives are different, as long as we are better off, more than they are, they will feel an internal imbalance; and in the case of conflicts between us and them, or vegetarian discord, their kind of see you not good mentality is particularly obvious.

If you need to get the assistance of a relative for something to go more smoothly, you will find that they often treat you politely on the surface, but really can help you with things, none of them.

Sometimes, something did not tell them okay, once told them, but they will be from the obstacle, is to make your things can not go smoothly.

Some relatives are always on top of their relatives, and they have developed a consistent sense of self-importance because of this. For such relatives, if you exceed them, it is unacceptable.

02 not as good as you, full of vanity in the heart of the friend, can not see you

Good friends are often open-minded a little. On the contrary, for those who are not very good friends, there will be more vanity, and there is a more climbing mentality.

When you are similar, your relationship is relatively normal, but when you are getting better, he will lose his inner sense of balance, and you begin to alienate, and even do something to denigrate him.

In their view, you as compared with them there is no obvious advantage, and even some disgraceful disadvantage or unseemly place, why the good life is you, why you have to so to exceed them so that they feel groundless.

Although you do not mean it at all, as long as you have a better life than them, they may think so.

So, for those who are vain, good jealous, good gloating friends, or to keep a distance.

03 and you have had nasty neighbors or people in the same neighborhood, who can not see you

In this case, the original bad-heated neighbors began to denigrate the M family, began to say bad things about others, and began to say some of their ideas out of the story.

A seemingly innocent neighbor, how did it become such a person?

A little contradiction and disagreement neighbors, how can seem so evil see no one good?

The neighbors so, the same neighborhood in the mutual acquaintance of people is also so.

We all a hat black, each other seems to be full of harmony between the air, but one day, you become a crane, others on you began to have a variety of unreliable comments, a variety of fear of the world is not chaos gossip.

Yes, it's good to say that everyone is in a piece of mediocrity, why do you suddenly soar to the sky? You are not deliberately stimulating everyone?

04 and you work together, but do not like your colleagues, can not see you

We are in the workplace, we will also find some colleagues are not good to see you.

There is competition, there is a tug of war in terms of interests; there is jealousy, and there is dissatisfaction with your excellent performance. That said, although you didn't use their stuff, didn't move their cheese, but you performed well, the company's scale of valued value will be tilted to you, that is what those narrow-minded, jealous colleagues can't stand.

So, they will take out their anger on you because of jealousy and because they are belittled. This is especially true when you also act like a harmless person.

The reason why colleagues are colleagues is that they are under the same roof, may produce conflicts of interest, and may face the same temptation or rejection.

Therefore, colleagues on the one hand to make good relations, on the other hand, also have to guard against others because of prejudice or jealousy and resentment towards you.

In addition to the ordinary relatives we mentioned above, even those who are in the same family with siblings, but also because you have a better life than he has a situation that can not see you.

If one of the siblings earns more money and lives better than the others, then the parents may think that this person should take more responsibility for support and pay for it.

Even those siblings who borrowed money from one person because they were better off were not going to pay it back.

Their internal logic is, you are so rich, how can you ask for this money?

That said, the fact that someone is doing well is not a reason why he must take on more responsibility and must bear more losses.

Because you have a better life than them, they feel that there is a clear sense of distance and hierarchy between themselves and you, and therefore resent you, and even generate hatred.

Since this is the case, you are properly unlucky, taking a little more responsibility, is the way to let them get psychological balance.

So if you meet such a sibling, sometimes you feel that such an immediate family member, such a sidekick, is worse than a stranger, and even worse than your business partner.

So sometimes we sadly find that the people who want you to be well, besides your parents, besides the love of your life and children who treat you the best, maybe only strangers are left.

More stories from Di Mo Si and writers in Humans and other communities.