by Baru Ku 2 months ago in humanity
Report Story 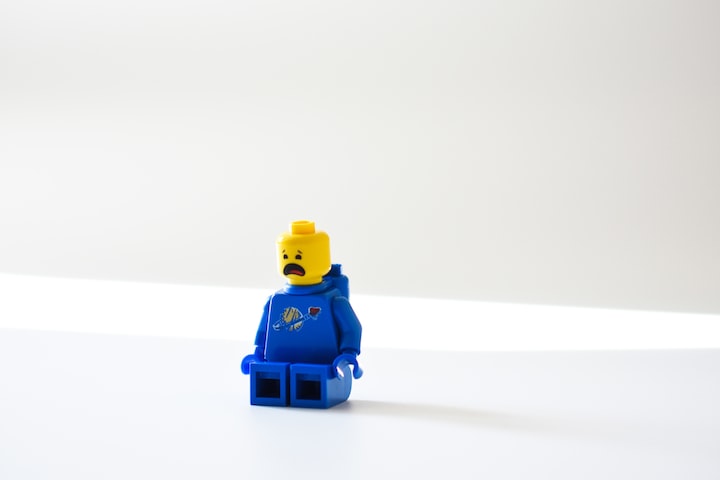 If you ever struggle with a feeling, try to express it in words. Words will reduce that feeling to a manageable intensity. It's a magic trick they do. But be careful - words can also trick you.

If you're meeting your girlfriend's parents for the first time, you might notice that you have bows in your stomach. If you say you're anxious, you've found a word to describe those butterflies. Now you can talk about feeling anxious and do something to calm yourself down. But be careful, if you just say you're anxious, you'll miss that you're also excited. Excited will make the same butterflies fly, but means you're about to do something hopeful and scary.

Finding the words for your feelings is great. But be sure to listen to all the words and then choose one.

If you're trying to use words to express your feelings, it can create a lot of confusion if you assume your words always mean one thing. Look up your words in the dictionary. You will see more words that are synonymous and mean the same thing, but don't. Then, if you look up those words, you will find more words. You can never find the feeling itself in the dictionary. The feeling itself is unspeakable.

Words are like suitcases: they don't mean anything by themselves, but they contain a bunch of stuff you have to open. Some words, like love, carry more baggage than others; they are a train of wagons that need to be unloaded until you know what love means.

Again, the words you choose will mean something different to you than they do to others, even if they are the same words. For example, anger can easily evoke some vivid images for someone who witnessed his father angrily beating his mother as a child. He is less likely to see anger as a common expression of rage. We shrinking types get excited when we hear the words depression, anxiety, and psychosis; think in clinical terms when you mean sad, worried, or strange. Tell us you committed suicide on a recent trip to an amusement park, and you might be hospitalized on a roller coaster when you're just talking about riding crazy.

Change the meaning of words

Insanity has been replaced by a new word, mental illness, and insanity continues to indicate anger. When anger becomes madness, it loses its proper justice and becomes an irrationality. When insanity becomes a mental illness, it becomes something that doctors can cure, not something you can avoid yourself.

The title is a word that confuses me. It used to mean that you could claim ownership of something; that you had a legal right that no one could reasonably take away from you. The right was used to express proper self-confidence, justified confidence, firm boldness, and a willingness to command. Now, this term questions the validity of those feelings; you believe you have the right, but in reality, you don't. It implies that others feel you are pretentious.

Is it any wonder we are so anxious that the moment we feel safest, we have to wonder?

I'm not saying the meaning of the words will never change; I'm just saying you have to watch them when they do.

Most words begin their lives as metaphors, but the initial image has faded. The surprise begins with a person who is lost in a maze. Being amused means they are in contact with a Greek muse. There was once a rage of courage and frustration as much as being crushed by the media. The abominable fails the test and the ecstatic ceases to be still.

I've written before about real feelings and metaphorical feelings. Aversion is a good example. Real disgust is when you eat some bad food and want to vomit. Metaphorical disgust is what some people used to say they felt when they saw a gay person kissing. Seeing a gay person kiss doesn't make you vomit unless you say it's disgusting; then you probably just vomit because you convinced yourself.

Words are always metaphorical because they're never real things, except when they're real words. They represent something else: the feeling itself. Words and feelings will never be a perfect match. However, words do have the ability to evoke a feeling that didn't exist before you used the word.

A little straight thinking and straight talking is needed here; but how can anyone think clearly when words are so tricky? Well, we usually don't; it's our use of words that screws us up. It makes us angry, in the old sense of the word.

Watch what your words do to you. I always hear people say they can't do this, they can't do that when what they mean is they can't. Try it for yourself and see if you can tell the difference. I can't continue to diet; as opposed to I can't stay on a diet. One closes the door on the change, the other leaves it open.

There are a lot of words to be aware of; they are not feeling words. We're crafty. This means we have more in common. One should be suspicious of words of any kind, such as I am, he is, you are, we are, they are. They present far more consistency than people have shown. It will never happen and will never be rare. Need is often confused with need. But is the most cunning character in the batch because it negates anything that came before.

But this is the problem without verbal communication: we can not. Never. We always need to do so. You have the right to use words. If you don't, you'll be angry. Then, you will regret it.

"Your time is limited, so don't waste it living someone else's life."

More stories from Baru Ku and writers in Humans and other communities.