Don't be afraid to be prejudiced and misunderstood 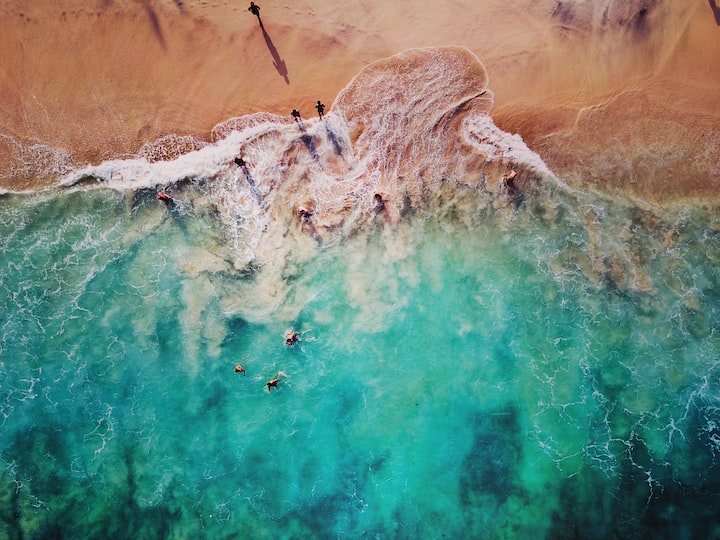 Photo by Alexey Marchenko on Unsplash

In the past, you were simple and young, idealistic and glassy-eyed, you loathe the struggle between people to weigh the pros and cons, you do not like complexity, only simple and direct love connection.

But later on, in the reaction of others, in the distant rejection behavior of others, your efforts were let down, your heart was ignored, you will slowly begin to doubt yourself, will feel worthless or humble shame for their actions.

At that time, you will find.

Between people, there is an invisible yoke that cannot be crossed.

You think you can use your sincerity to touch that stubborn wall, but you will still overestimate yourself in the complexity of human nature.

Later, you will also understand: between people, the most difficult thing is not to establish a relationship, but whether a heart is treated gently by another heart.

The key is still that reality is too fickle and we all become more and more cautious. Truth is getting harder and harder to come by, and we are less and less likely to open ourselves up.

The reason is that peeling yourself away means taking the risk of being interpreted, misunderstood, and prejudiced.

Otherwise, you see, almost a lot of realistic verbal truths, are telling us: with people need to think twice before acting, need to avoid shallow words, need to advance and retreat, and know the difference between close and distant because the reality is this as if only so we will be more comfortable and light.

But to put it bluntly, we are doing ourselves in worldly values, not in the purest and simplest of ourselves.

We don't believe that lifting the veil and being honest is the right thing to do, instead, we feel that being too honest and simple makes people look not smart enough, not smooth enough, and not worldly enough, so it becomes a childish and immature act to peel oneself away without fear, to reveal one's wounds and demands.

Think about it, it is quite impetuous.

In the network values, the popular is the blunt force, is the sense of boundaries, is everyone is telling you to know the trade-offs, weigh the pros and cons, and think twice before you act. But recently, everyone is also telling you to learn to be your most authentic self.

This is the anxiety shackle that is attached to our hearts in a fickle cocoon culture.

This causes you to always stray between simplicity and complexity.

You want people to be pure and sincere with each other, but you can't hide your concerns and be open to being yourself.

You will second-guess the sincerity of others, and they will weigh your sincerity.

To give a simple example.

If you have a very good and good friend, but the other party's character causes her not to be able to understand your sensitivity and vulnerability, even if your relationship is how deep, your confessions and sadness, may not be able to get empathy and pockets.

If you confide in a gentle and kind sensitive person, she understands your hesitation to speak, she is willing to protect your sensitive heart, she will be kind to your vulnerable emotions, even if your relationship is very shallow, but you will also be in such a short interaction, get healed.

Peeling yourself away and expressing your needs and vulnerabilities is a normal thing in itself.

No need to question yourself over and over again, no need to be ashamed of the childish slamming you once did.

You've met people, some of whom have failed you, and those people have taught you to learn to sift through unworthy relationships instead of making you self-deny and making you question your intentions.

All you need to do is to find those who are gentle and kind, to believe: sincerity would have been responded to sincerely, do not doubt the sincerity, do not question yourself. Sincere people, sincere departure of the moment, itself is very rare.

In the fickle reality, there is a greater need for such sincere and pure people. Don't panic, don't be anxious, don't be worldly, in fact, many people, like you, are sensitive and vulnerable, and sincere.

Don't ever bury yourself because of some people.

More stories from Di Mo Si and writers in Humans and other communities.