Destined Love Is a Flawed Premise

by Zara Miller 9 days ago in humanity

"I chose the name Hollywood simply because It sounds nice and because I'm superstitious and holly brings good luck." 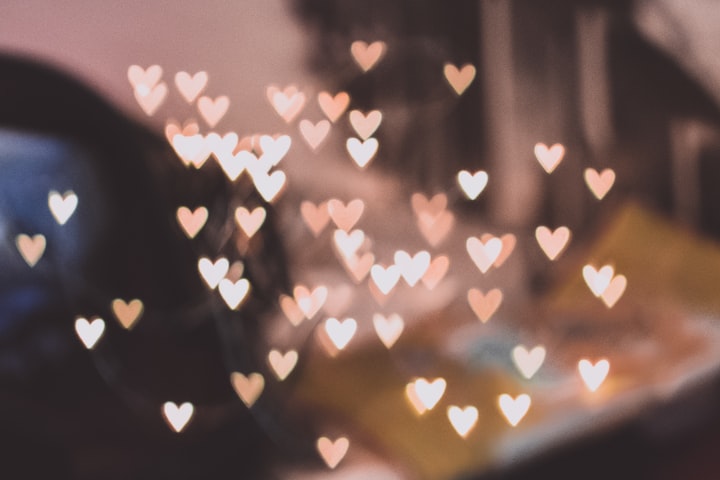 If I could laugh through tears, I would, but alas I´m not that cynical. The afore-mentioned quote is attributed to Daeida Wilcox, a wife of Harvey H. Wilcox, a man who purchased 120 acres of land from the original 480-acre ranch, sometime in 1887 – a land on which the green, indestructible vines of show business sprung from.

I know what you´re thinking, and no, this is not that kind of article.

(Not that there isn´t enough source material to pull from.)

I want to focus on one particular aspect of storytelling that Hollywood has deep-rooted into our subconscious – that love is supposed to be a rollercoaster drama, and that you are genetically (?) and fatefully (?) pre-dispositioned to fall in love with one specific person.

The illusion of “the one”.

And no movie has done more damage to perpetuate that than the 2004 movie adaptation of Nicholas Spark´s novel – The Notebook.

Yes, there have been plenty of toxic movies before the Notebook portraying romantic love affairs like a pre-ode to the horror that was awaiting us in a form of the Twilight series but as a nineties´ baby, this one laid down the foundations for a distorted trend in writing for me noticeably.

Instead of portraying fatalistic love woven drama as a form or one way to tell a romance story, it became so prevalent I see it in every other book/movie.

So yes, there I was in 2005, watching Ryan Gosling and Rachel McAdams jumping through proverbial hoops, making up and breaking up in the rain a million times shown as the most romantic thing in history, while my grandparents were just chilling over there on the couch, happily married with almost no drama for 40 years.

Being a sucker for romance, and having written a book with a heavy romantic subplot, building a healthy image of love without depriving the readers of the drama, has been challenging to say the least, but incredibly rewarding in the end.

The debate on the differences between infatuation and love has existed since the beginning of a recorded word but that isn´t quite the quarrel here. The variety of storytelling that explores physical attraction evolving into an emotional connection or vice versa, or even never surpassing the superficiality of the former, is all valid and artful.

There absolutely are abusive, toxic, superficial, will they won´t they, we break up we make up scenarios, and giving them air time is completely fine.

What isn´t remotely artful or fine, not to mention believable, is the idea that two people fall in love just because.

And there is a quick test to reveal whether the love story you´re looking for has any merit: Ask yourself whether you´d want to be friends with either or both of the protagonists who are supposedly in love.

But Why Is It so Toxic?

You´re probably asking yourself what´s wrong with losing yourself in a fantasy – isn´t that the whole point of fiction?

It is, but there are more impactful results of fiction to be considered. Through stories we teach, we learn, we deal with personal dramas, we inherit, we get inspired, we share. And the more we pretend that the illogical storytelling is completely fine, the more books like Twilight, Fifty Shades of Grey, After, and It Ends With Us will emerge.

We project onto stories, we let them enter our system, and if a projection is toxic, it makes us not want to try. Try to be better.

And trying to be a better person every day, even if just by a little, is the whole point of living.

But if we read about super bland heroes, like a white canvas and the protagonist falls in love with them just because it´s meant to be, and we not only let it slide but copycat the narrative and continue the pattern, we´ll end up stuck in a fantasy world full of self-obsessed maniacs who don´t need to try because someone will come along and love them.

They don´t need to love and respect themselves, or to be upstanding, to lead by the example, it´s fine, isn´t it? Being a passive existence of nothingness?

It´s fine possibly losing all friends because – to drive home my original point – who would want to be friends with a living-breathing personification of an empty bucket of vague colors that is the likes of Bella Swan?

Does I am Cecilia Do Better Than That?

Since you clicked on this article, you might be aware that I am in the final stages of the publishing process with the New Degree Press for my Young Adult Novel I am Cecilia.

(If not, you are welcome to join the fandom! I´ve been preparing my readers for the good stuff in the book like exploring the gypsy culture, studying the dysfunctional families, falling in love at a young age for months now…Sounds delish?)

When you´ve been writing since a young age, and reading has been a central core of your identity as it was in my case, you pick up so many stylistic choices from your favorite authors, you sometimes forget to ask yourself – Are all of them healthy and worthy of an homage?

I am Cecilia might be a piece of fiction but it´s not fantasy, so I couldn´t justify my protagonists falling in love because *magic*, or *destiny*, or *whatever*.

Not that the fantasy genre isn´t accountable when it comes to making a romance make sense.

(Remember when Jon Snow and Daenerys fell in love just because and it felt like drinking spoilt milk anytime they kissed or said I love you to each other? Now compare that to the emotional impact of Jon falling in love with Ygritte.)

But the scope of writing a realistic relationship blossoming between two teenagers who are not that interested in falling in love, to begin with, is challenging to say the least.

The titular character Cecilia, our heroine, has one goal and one goal only – to get the hell out of a small town in Slovakia and go to college where her superb intelligence wouldn´t be perceived as strange.

Her love interest, Dany, is a professional hockey player, groomed to enter the NHL as soon as he comes of age.

How do you reconcile a relationship like that? Would just because of work?

Well, no. Although they are both perceived as being attractive by their peers, I thought finding an angle to justify the process of falling in love was the best approach.

Both the missing link and the key to it was the single-mindedness of their thinking. Focused solely on one goal – as teenagers often are – they find a little something to their liking in each other.

So, to answer the question of whether I am Cecilia does better than the stories coming before it, I´ll leave it to your better judgment as a reader and a perceiver.

I am Cecilia will be available on Amazon, Kobo, Ingramspark, and Barnes&Noble in the upcoming weeks. You can follow me on Instagram @zaramiller_author, or on LinkedIn under Zara Miller for more news and swoon-worthy fiction content. Looking forward to meeting you all.

Writing is innate. Write from your heart.

See all posts by Zara Miller →