Depression Can Sneak Up On You.

by Denise E Lindquist 6 months ago in humanity
Report Story

Many people have experienced some symptoms of depression within the past few years. 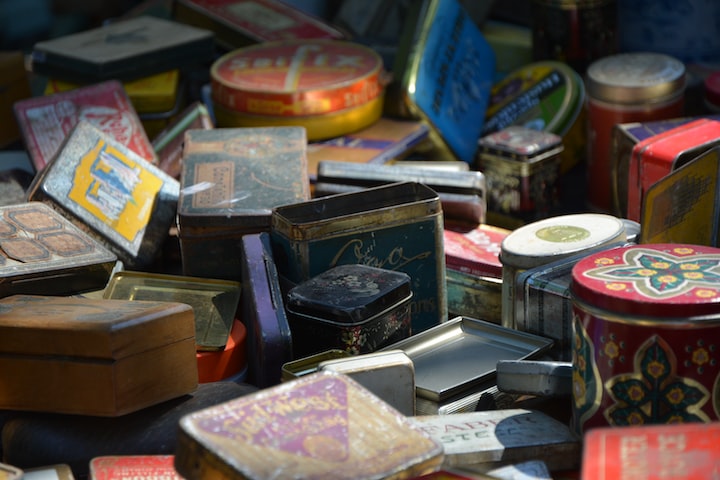 Am I depressed? Yes, I believe so. I have no thoughts of being better off dead, I have no plan to kill myself, and yet, I am experiencing depression. I believe it is a common condition for many right now.

I have some symptoms. Not all the symptoms. Can you have depression and not know it? Yes.

A few months ago, as I was struggling with continued bleeding after being in menopause for several years. I am 68 years old, so it isn't the thought that I won't be able to have another baby. The husband and I have seven children, twenty-five grandchildren with one on the way, and nine great-grandchildren.

The pandemic continues to be a part of my life, as it is for many. I still wear a mask in crowds and where required.

I had blood cancer and was told the booster would be necessary. And even then, due to my weakened immune system, I may still need to wear a mask and keep social distancing.

People all around me are dying and sick. That has been a reality with the pandemic and with age. Because I am older some of that is expected. The pandemic makes it worse. I have memory issues and I am spacey.

I have some junk piling up. Yes. The hubby calls my stuff piles.

I want to sew as it is relaxing for me. Have I gotten to that? No. My sewing machine is out and on the dining room table. There is also tax stuff there, and we got that done today. Checks in the mail.

There are a few other piles there from when I was filling a new file cabinet, I bought at a garage sale. That was in the fall. So, it has sat there all winter hoping to have a new home, but the file cabinet is now full.

It is difficult to remember what I am doing as I get up to do it. Do I have dementia? No. I was at a recent annual physical appointment where I was tested. I was given a mini cog, that is used to determine if further testing needs to be done. I passed that test without any difficulty.

Then, I called about counseling. I know what many of the symptoms of depression are. I was told I could fill out the paperwork online. I said, can I pick it up and fill it out there.

They hesitated but said, give me an hour and I will have it ready. It wasn't ready, so I was given a standard intake form when I arrived there. It took almost an hour to complete.

I got there two hours after I called, and no paperwork was ready. When I turned it in, I expected to get an appointment. A day later and my appointment came after answering additional questions. My appointment is more than a month away.

It takes that long for a new person to be seen. I didn't think I was considered a new person, as I had seen someone for Eye Movement Desensitization and Reprocessing (EMDR) a few years ago. I am however a new person.

I must complete a new diagnostic assessment and after asking me the questions like, are you wishing you would not wake up kind of questions, I was put on a list to be called if there were any cancellations. The first appointment is a two-hour appointment, my guess is there probably won't be any cancellations.

I believe in scheduling the appointment, I am doing the responsible thing and will work on my issues with a professional.

In the meantime, I will write, talk with friends, and push myself to continue practicing self-care and using prayer.