Are you the master of your actions or a victim of your inaction? 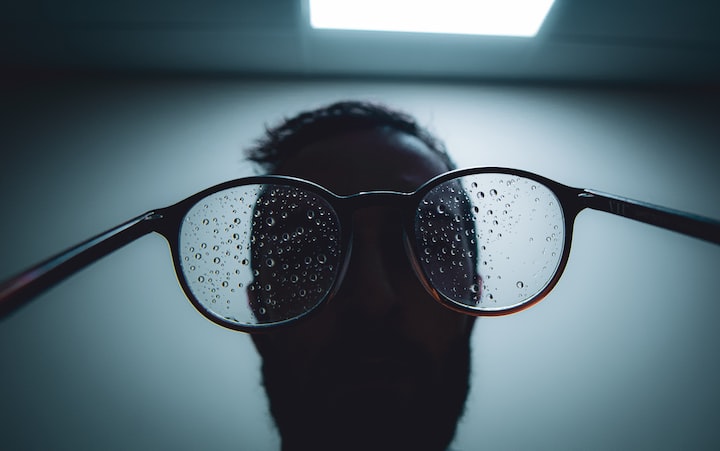 Photo by Christian Lue on Unsplash

Shortly after marrying my wonderful wife, I told her that I would rather starve than “have a belly”. In my relatively young adult mind, I believed that I could always keep doing the things I was doing and not gain weight.

How naive I was!

We weren’t married long before I had packed on sixty-five extra pounds. To be fair, I was a very lean 6' 3" when get got married. Forty-five of those pounds, though, were unnecessary.

I’ve often joked with people that I’ve lost more than three-hundred pounds in the last twenty-one years. It just happens to be the same ten, twenty, or thirty pounds over and over again.

Eating healthy isn’t something I’ve been very deliberate about. You’ve heard of the popular “see food” diet, I’m sure. I see food and I eat it.

Not a great way to live, but a surprising (and growing) number of us do it.

Life is. . .an evolutionary process; without deliberate intervention, we become versions of ourselves we don’t necessarily want.

I never wanted to have a “dad bod” but I didn’t do the work required to keep it from happening. Like so many of us, I needed to put deliberate attention on that area of my life. Instead, I just let life happen to me.

A friend recently told me the story of her father, a proud Greek man. “Food was love,” she said. When his thirties hit, her dad gained a lot of weight. He had a massive heart attack when he was only forty-five years old. A triple bypass saved his life. He made substantial changes to his diet. One day, however, he determined that if life was about skipping out on the things he loved, he wanted none of it.

I don’t agree with his decision, but it was, nonetheless, deliberate.

There are myriad areas in our lives where we can become versions of ourselves that are contrary to previous ideals. Even more dangerous, though, are those important areas where we have no ideal. Instead, we accept that life just happens. We fail to plan for the future, validating the statement that “if you fail to plan you plan to fail.”

Let’s be real, though. Being deliberate can be hard. There are a lot of loud voices in the world today shouting for us to “be this” or “do that”. Part of being intentional is learning to cut through the noise.

Becoming more deliberate begins with making a conscious choice to be more intentional. Most people progress in fits and starts, at least in the beginning. Sometimes, life does just happens. Other times, you get focused and stick to your goals. Here, in these seams of opportunity, you cut through the noise and selectively remove things from your life.

I’m a people pleaser and overly optimistic about what I can accomplish. Therefore, I often take on more than I can realistically handle. For me, intentionality is about the practice of saying no (and yes) to the right things. Saying no is hard, but just like most things it gets easier with practice.

Before you start offering nos up like candy, it’s important to learn to identify the things that help your progress vs. those that hinder you. Remember: saying yes to one thing is saying no to another.

Saying no to the right things frees up time to be more intentional in the way you do other things. Giving greater focus to fewer things is a key component of being deliberate.

It’s another example of a virtuous cycle:

As in so many other personal progress things, be gentle with yourself when you falter or fall. Intentionality is a lifelong pursuit.

A parting thought from Richie Norton which resonates with what Thomas Oppong wrote:

Intentional living is the art of making our own choices before others’ choices make us.

Do yourself a favor today. Make one extra decision today that will help you achieve your goals.