by Erin King 2 months ago in humanity
Report Story 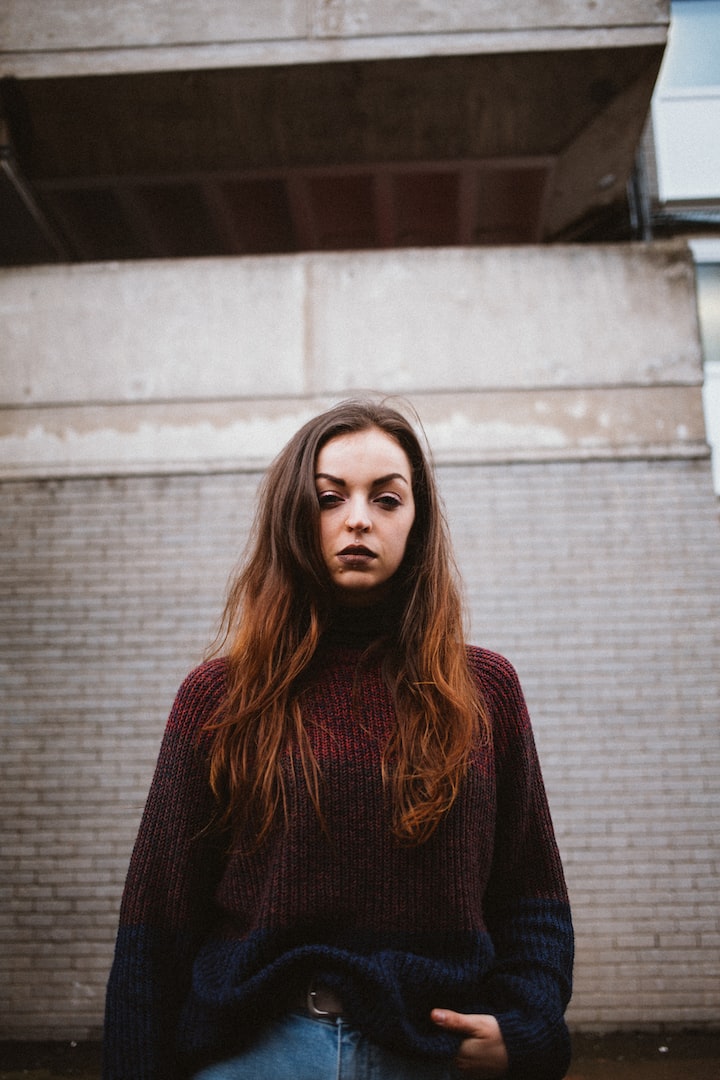 Photo by Philip Martin on Unsplash

She was using the poor young lad for sex and he had more stronger feelings more than she did. She dumped him for other guys and used Bridget to lie for her , tell Tim that she was in the USA when she dumped Tim to see other guys who had more money. Tim always blamed everything on the assistant Bridget when it was not fair, it had nothing to do with Bridget.

Sam lied to Tim that she was 52 not 62 to pretend she was older enough to be his teen mum with the fake 19 years gap. She is 29 years older than him. She gave him bunch of gifts then complained spending too much money on him. I am sure he was grateful for the gifts because he grew up in a poor country in the south pacific.

The psychic said that the guy who has more money and give her more time she will go with that person. I told the psychic that Sam is selfish and uses people. Sam got so offended with my unfiltered attitude and tells me over text message that she ‘ does not use people and she genuinely likes both guys’ .

I played the psychic reading recording. Just to let you know the psychic did consent to this and Sam barged into my room swearing at me “ F*** you “. She did not handle the truth well. Said to me not to touch her dogs for a week until I am nice to her. However I remember her talking a lot about a samoan guy who is over 50 called Garry a lot. She had a photo of Garry in a photo frame downstairs and in her room.

She was planning to fly to Melbourne to see him. They emailed each other a lot. In April over Easter , Sam was planning to drive to Griffith with him to help and celebrate the opening of Bridget’s store down there. She was very depressed after finding out that Garry was not coming. She lost all of her hope. In May/ June she blamed Bridget for stealing from her and pretending to be Garry .

Wanted the lawyers in Sydney to be involved. Bridget paid a lot of money to have her dating advertisement on in the samoan community radio. She wanted to know where was the location of the emails were been sent.I believed her story and I went to the cops out of genuine concern of a possible fraud case . Sam got so pissed off at me for doing that . She wanted me to help her with the technical stuff to help her send the 30 minute recording of Bridget talking about money.

I am deaf , so I could not hear the video properly. Sam said that Bridget was bullying her and wanted me to stop playing the video. Also wanted me to make spreadsheets of how much money she paid Bridget.Zeus was looking over a big bunch of bank records. She told me not to put spreadsheets with the dollar signs.

Always believed that the emails happened when Bridget was not working in the home. Sam told me that she accused Bridget of stealing files that was supposed to be evidence for the lawyer and stole them at night . A month before I moved out I received a text from Bridget that she was returning the clothes that she was not going to make for Sam anymore. At one stage , I found it strange but I realised why she did it now. In late April , Bridget messaged and asked ‘ is Sam home ? ‘ and I replied with a ‘no’. I told Bridget and she did not want me involved but she claimed that Bridget was bullying her.

Eventually towards the end of my stay . She was dating a man called Ben. Ben was a religious , south pacific islander who looked after his wife’s children. His wife died from cancer months before he met Sam. He was a strong man physically and wanted to study sound production. They could not have sex before they got married due to his mormon religion.

he wanted to do everything as she could for his children and bought them plus sized clothes from a cheap fast fashion brand called SHEIN. He bought his kids over and they had a big samoan feast in the house. He visited over regularly and Sam always claimed they were going to get married soon , also move houses. I found it weird that she made sexual jokes about Zeus and Garry at the same time.

he also claimed that both of them jerk off to themselves. She had photos of her toy boy Tim naked in her posh bathroom. Gross. I always did joke with her about getting sex toys because she is a sex addict and always made crude jokes at times about the guys she was dating short term or long term. One night on a hot summer night , I saw a used condom in the guest toilet downstairs.She used Garry to be a false witness over her drama with Bridget.

More stories from Erin King and writers in Humans and other communities.