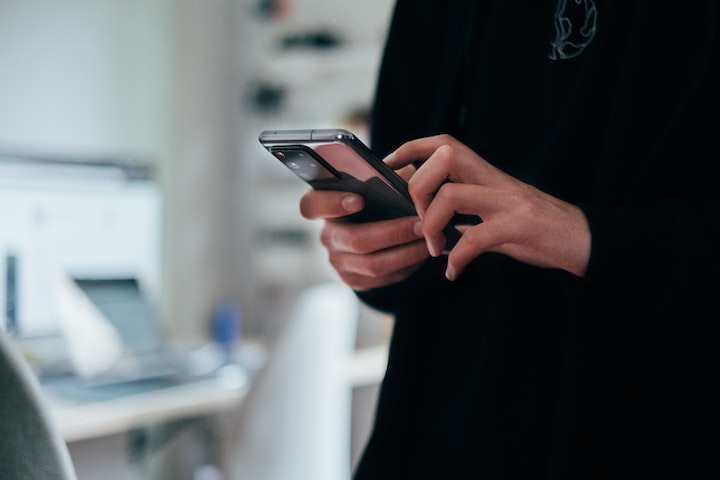 The only upside to this response is his correct grammatical usage of "you're." Too many dating app matches have texted me "your pretty" which always makes me grit my teeth.

The biggest downside to this response is that the use of "fun" is far too broad.

I know for a fact that a guy who finds skydiving fun would come up with a starkly different definition of that word than me.

For instance, I think that shopping for books is fun. (Clarification - shopping alone and somewhat awkwardly, avoiding eye contact with people is still indeed fun.)

Dating app prompts have taught me the art of presentation. I've scrolled aimlessly through many for entertainment purposes, to play a game of faces. I've learned that we can make ourselves as contrived or as elusive as we wish. More often the former, as the profile prompts are usually automated - a fill-in-the-blank situation.

The dilemma for me is that the bulk of what I consider to be the most candid side of myself never has a place to be disclosed. I'll patter off some examples:

How I collect my cat's shed whiskers and keep them on my desk next to a bottle of CVS hand sanitizer (I'm a bit of a hypochondriac).

Or how I wear spring dresses around the house to cook or bake with all the windows open (the birds are starting to get loud again).

How sometimes I wake up and my head feels swimmy and I immediately wish that I never woke at all (then spending the morning over tea trying to shake that feeling loose, drop it at my ankles, so I can drag it like a weight).

How about that I grew up a gymnast, and every time I pointed my feet, my big toe never wanted to follow the curve (one of the coaches at my childhood gym was later fired for rumored sexual misconduct).

I often feel that no one could ever truly fall in love with me unless they had these nuanced first impressions...rather than my superficial follow-ups to an ever expectant ellipses. Perhaps it's rooted in my romanticization of having someone else consume your memories...so that they don't die with you.

I now think that dating apps should have prompts like "what song holds a palpable memory for you and explain the connection."

Such a prompt is, inherently, not so easy to answer. It requires more self-reflection. It's hard to transmit memories in the fullness of their emotion and personal reality.

How about we knock away all the silly pleasantries altogether and answer: "have you ever thought about ending your life?"

Now that's a prompt that would force your hand at honesty, at taking down the social mask. I think it is a very natural question. The human experience is not just diligently chugging along, absorbing all obstacles. It is full of moments where you feel like the world has shifted, tilted off its axis, and you're doomed to fall endlessly into open space. The desire to simply want an end - why have we made that so taboo...so villainized?

In my defense, the suicide prompt eliminates the one-word answers like "sushi" or "shots" or "brunch" or "cars." A MAJOR improvement, in my eyes.

It would induce a more organic form of sharing than how the current profile segments life into palatable, superficial pieces. It creates a more complexly human presentation.

Isn't that more befitting when the ideal vision of long-term affection and codependency is complete transparency? Of being horrifically ill or on a depression-bender, three days out from your last shower, and still being met with love?

Though, my preferences here may be far from what the world wants, what the dating app industry wants.

For instance, I've been binge-watching Hells Kitchen on Hulu (with the ads because WHATEVER), and the same Match.com commercial comes on nearly every break. Everything about their ad seems to evoke the sentiment that matching up should be quick and easy. The algorithm is perfected and you just have to sign up to find your dream, most compatible partner.

I don't think anyone believes in that anymore.

Yes, my generation grew up with social media everything, but we are simultaneously self-aware of the donned insincerity of the online world. We indulge in it and resent it at the same time. That's the feeling I get every time I pull together another profile. Another picture. Another task of 150 characters or less.

I think my generation (I'll generally include Gen-Z and Millenials in this term) is in love with being alone but also being seen in every possible capacity. Even if that means putting on a fake face or two (or three). That's why we all streamed Bo Burnham's Inside obsessively last year. It SCREAMS that message forth in all its absurdity and cynicism.

In all, when it comes to the online dating world in particular, I still think of love as an off-chance, slow-burn kinda thing. But the internet is all about instant gratification. So we're stuck in this endless contradiction. Humph.

I don't know if simply recognizing that contradiction of modern/online existence makes it even a little better to endure, let alone figure out. But writing crankily about it makes me feel a smidge better. And today, that's enough.

More stories from Erin Shea and writers in Humans and other communities.