Memories of my father haunted by grief 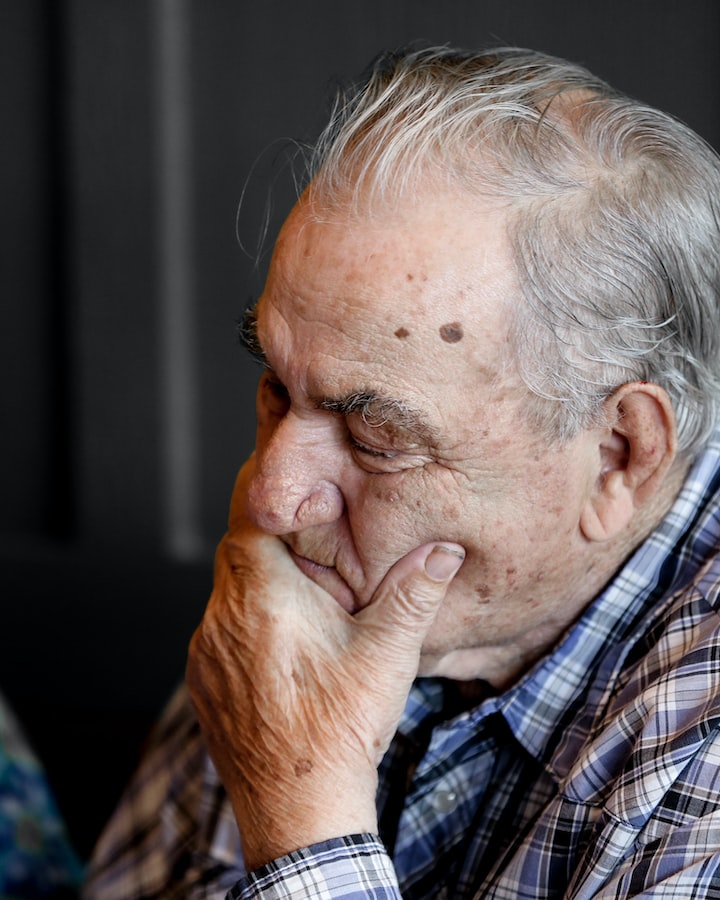 Photo by Tim Doerfler on Unsplash

My father used to sit in a very spongy armchair. It would absorb him with so much zest that he was hardly visible to anyone sitting next to him. He would let himself be absorbed, and he would brood.

It was cold, he would say to me. The world had been getting colder, he would say, ever since your mother died.

She drowned in a lake.

Global warming indeed! That's what he'd say, over and over, while I sat by his feet. The world was getting colder, not warmer, he'd tell me.

A painting of a sunny field hung on the wall of our living room, and my father would stare sullenly at it from within the depths of his armchair. I always wondered why he never took it down.

He would pull the little patchwork blanket up past his nose and allow his glasses to fog up with each breath. The fog would cast a mist, I suppose, between him and the painting. He would dose off like that, while I sat by his feet.

He used to take me to the lake every Sunday. It was our church, he would say – our Sunday Service. They never found her body, so it was her gravestone, he said.

He would tell me about his dreams.

He was standing on the top of a colossal ice cube, bigger than a house, surrounded by hundreds more all around him. His fingers – all thirty of them – were slowly freezing over.

A drop of icy water fell onto his neck and clung to it, sucking out heat like a parasite.

He looked up. My mother’s face and arms were dangling high above him, upside down. The rest of her body was trapped inside the thick ceiling of ice that floated above.

“Bury me somewhere warm, then, Jerry,” she said pleadingly.

The ice around her body was melting, and she had begun to slip slowly down towards him, headfirst. She almost looked like a baby being born, except that her arms were dangling limply around her face. There was cold water sliding all around her, under her sleeves, over them, under her skin. It overflowed out of her mouth, through the gaps between her teeth, running across her face and eyeballs and trickling down the stiff clump of long hair that dangled from her scalp. Large drops fell onto the top of my father's bare head, hitting the same spot again and again. He reached up, preparing to catch her, and noticed that his fingers had fallen off.

When we couldn't afford the rent anymore, my father slowly packed up his things. I watched him break into silent sobs when he came across a tiny watch that had belonged to my mother. I saw him whisper something unintelligible when he looked out of their bedroom window for the last time.

Her name was Daisy. She liked bumble bees, he told me. She liked it when the sky was bright, and blue, and warm, he said.

Why do you have to look so much like your mother? He would stare at me – through me – with such strangled love in his eyes.

I carried her around with me. She was a helpless ghost, and she belonged to him.

I grew up and my father grew old. I drove him back to the lake.

We stayed for hours. He stood right at the edge, staring at his memories.

I leaned on the car, watching over him. Then I drove him away.

More stories from Luisa Gillies and writers in Humans and other communities.