We could really make the world a better place if we try! 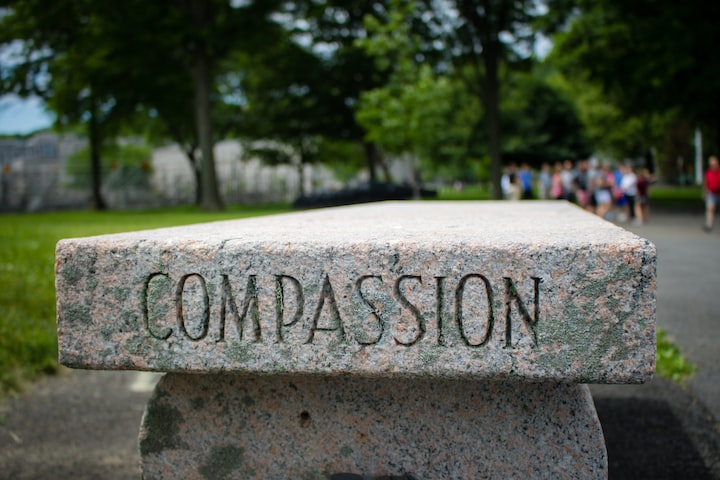 Photo by Dave Lowe on Unsplash

A few months back, I was enrolled in a personal development workshop. When the topic hovered over to the Universal Principles of morality, the participants were prompted to ponder over what "compassion" meant to them.

To my utmost disappointment, I realized I had failed to come up with a definition - not even a preliminary one - despite being a staunch believer and promoter of the idea!

I also realized that probably all of us have done the same to this vast, beautiful concept. We each tend to hold on to an abstract idea in our heads, not clarifying it for ourselves, or for others. We don't talk about it. We rarely encourage it. Worst of all, the world seems to continue to pretend it doesn't need this fundamental quality that human beings were gifted with, and is functioning as perfectly without it as it would have with it.

As yet, I have identified two broad categories of people. One who, in response to the above argument, would have the audacity to argue that the world does function quite well without it! The other category is of the people who seem to conveniently believe that the world right now has quite enough compassion to go on very well. To these people, I can only say that they have missed out on its true meaning. As for the first category of people, I can only sympathize with them, since I think they are missing out on a lot!

To me, compassion, in its essence, means having a kind, soft heart for everyone. I repeat, EVERYONE! It means having a heart that feels, regards, and respects all emotions - from the slightest one to the most overwhelming one - in all the possible beautifully diverse forms of expression they come in.

If we were to become truly compassionate, we would love and respect people for who they are, not for who they are supposed to be. We would feel for others' sadnesses and happinesses. We would find the world a beautiful place, composed of beautiful people, each having their own distinct thoughts, ideas, and feelings. We would harness each other's strengths and cover up for each other's weaknesses, and by doing so, we would find solace in cooperation and getting along with people, despite our differences - similar to the multitude of notes that make up a music composition. We would treat people as we desire for ourselves, and we would take them to be the best versions they could be of themselves.

"Treat people as if they were what they ought to be and you help them to become what they are capable of being."

Imagine, then, a world that could possibly be born out of this manner of living. There would not exist the fear of being judged, the fear of making mistakes, and then of admitting to them, and then of learning from them. There would be no fear of being weighed in a man-made, imperfect scale that uses a counterweight neither fit nor capable of measuring, that which never deserved to be measured.

If the world really did not need it - as some claim - our workplaces would not be so bothersome that only a select few lucky fellows go to work every day with the same happiness, and a majority of the people would not be leading such unhappy, miserable lives. Most importantly, many people would not spend more than half their lives chasing materialistic things, only to find at the end of their lives that these weren't worth it at all! In my opinion, the single biggest reason for this worthless chase is the missing element of satisfaction, happiness, and meaningfulness - that comes with being connected to humans, as well as a purpose - and trying to find it elsewhere all their lives!

But, alas! The world is not a perfect place, and if it were to become one, it would be heaven after all!

Note: A version of this story was originally published on my personal blog, and also on Medium.

More stories from Maryam Pardesi and writers in Humans and other communities.