by Ilyssa Monroe 5 months ago in diy
Report Story

How hair dye helped me find my REAL self 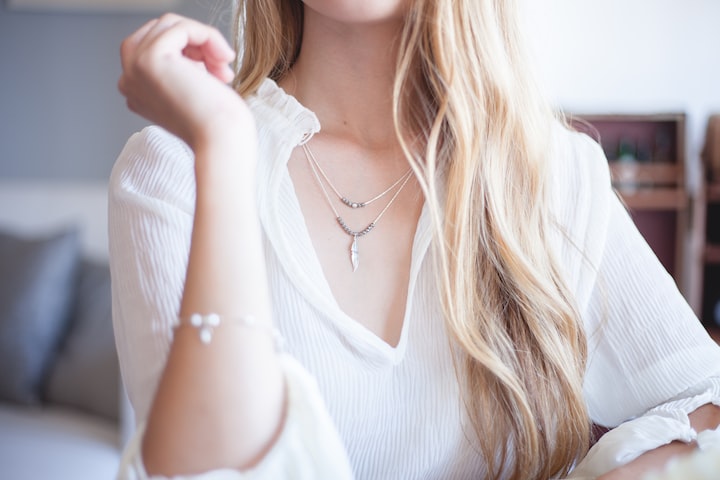 I was born with, what most would consider, beautiful golden blonde hair. It was a platinum blonde when I was small and when I got a bit older, it retained platinum highlights but also developed golden lowlights that gave it depth. By the time I was fourteen, and a Sophomore in high school, I was a taller than average, well-endowed teenage girl with this beautiful blonde hair. These three traits that I possessed made me the butt of many hurtful jokes because I was more than my looks and was nothing like what the jokes implied. I was the youngest person in my grade (having skipped a grade), a member of my high school’s J.R.O.T.C. program, an honor student, and STILL I was the butt of many jokes.

Everyone has heard the jokes. They usually start off by comparing blondes to the other hair colors.

“A brunette, a red-head, and a blonde are in the desert…”

When I was growing up, these jokes ran rampant (they still do for that matter) and some of my family called me Blondie (still do to this day). They tease me relentlessly about an event that happened in my childhood pertaining to my asking of what color a golden egg was, even though the actual color of that “Golden Egg” changed every year.

So, where did this “dumb blonde” stereotype originate? According to most historians, the stereotype first came about around 250 years ago when a play based on an unintelligent, sexually available, blonde courtesan came out called ‘Les Curiosités de la Foire’. It did not help matters further when Marilyn Monroe starred in the movie ‘Gentlemen Prefer Blondes’ in 1953.

While a few television shows and movies in the 90s and 00s such as Buffy, Clueless, Sabrina: The Teenage Witch, and Legally Blonde, began to portray blondes as something more, the stereotype had already ingrained itself in society by the time I was born in 1990.

Back to my story…

So, it was at the age of fourteen that I finally decided that I had had enough. Tired of being associated with a group of people that no one thought of as intelligent simply because of the color of their hair, I dyed my own the opposite, black. My hair-dresser mother cried when I got rid of my beautiful golden locks and to everyone else, this may have seemed petty and super superficial but, as smart as I was, I was still young and took what people said to heart.

Believe it or not, making this decision gave me strength and confidence, though the change was artificial in nature. I still heard the dumb blonde jokes, of course, but they were rarely at my expense and I felt good about the way I looked.

Since then, I have experimented many times over the years and have dyed my hair an array of different colors, even returning to blonde on occasion.

Because of this, I have come to realize that the hair color that you are born to, which is natural, does not always give you the feeling of being your REAL self.

Without the stigma that I felt was associated with blondes, I feel more authentic now, despite the artificial nature of the change I made so long ago and I believe, that has allowed me to shine.

Like the precious diamonds that are mined, many people, like my mother, find that they desire this naturally blonde hair, beautiful and rare.

And just like the mining of real diamonds can be harmful to the environment, the stereotype that surrounded blondes was harmful to me, both emotionally and mentally.

More stories from Ilyssa Monroe and writers in Humans and other communities.