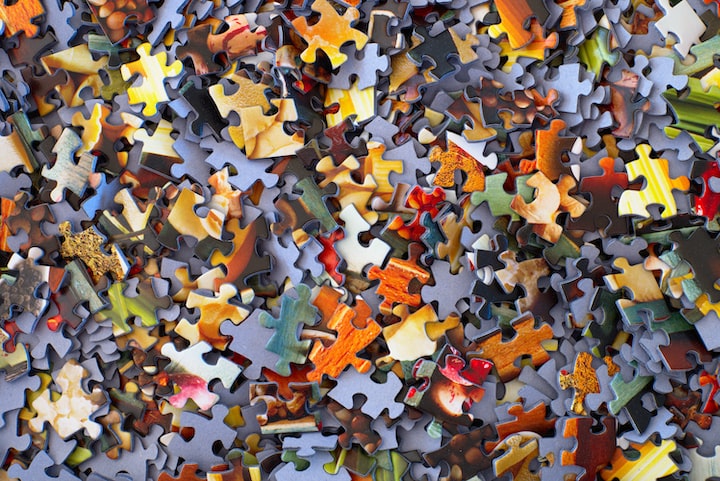 Photo by Hans-Peter Gauster on Unsplash

I’ve asked the question before: Do you ever have mornings when you wake up more tired than when you went to bed? Do you struggle to find motivation because everything other than stream something and chill seems overwhelming? Do you feel like you’re getting further behind in every aspect of your life?

There’s a grand irony at play in the productivity sphere. The number of article titles bearing the “10x” label alone is staggering. There’s almost nothing you can 10x in life.

Think about it. If you go to a job for 8 hours a day, to 10x your performance during that same timeframe would have to mean you were only productive for 48 minutes during the day. 10x means having to be productive for every, single minute of the 480-minute workday. I suppose for some people that’s possible. For everyone else, you should run from any advice that promises you the ability to 10x anything in just 7 simple steps (or 35).

Real productivity often gives way to busy — doing things just for the sake of filling our schedules with endless to dos. It’s been noted that perpetual busyness is worn like a badge of honor. I know, I’ve worn it for years.

Here’s a quick rundown of the three types.

There does appear to be an ever-growing body of individuals who have figured out how to break free from the busyness trap. They’re people who have figure out how to say no to taking on more than they can handle. In some cases, they’ve accepted the reality that having more stuff doesn’t equate to more happiness.

Extreme productivity presents another irony: for the practitioner, extreme productivity often leads to making slightly more money which is, more often than not, squandered on the undisciplined pursuit of more stuff, but stuff that can’t be enjoyed because they’re too busy being busy.

Our brains can only handle so much. At a nearly imperceptible speed, quantity has replaced quality. Now, essentially one-fifth of the way through the 21st century, we’re surrounded by organizations and products that value throughput more than anything else. Throughput is what makes shareholders happy. Quality took a back seat to quantity because the money people saw how short-term shortcuts often led to increased profits. If you stuck around just long enough, you could make a lot of money then leave someone else holding the bag.

In order for that to work, business leaders knew they had to create a culture where people were proud to wear the busyness badge. Pay them another $2.00 per hour and they’ll do the work of two people.

Slowly over the last few decades we suddenly find ourselves in the space where busy is essentially the antithesis of productive. Once again, irony strikes, in that we’ve been convinced to recognize busy as productive.

We took the bait. The busy drug was created by a few but has been widely (if not universally, to a degree) taken. Symptoms include those outlined by Mr. Peupion. Some people are lucky enough to busy themselves into a comfortable lifestyle where they feel like they can afford to slow down and enjoy life. For so many of the rest of us, however, we labor and toil so someone else can get rich, and end up burned out with health problems from chronically excessive stress.

I’ve been on the drug for nearly 20 years. I don’t have the answers I need yet to break my own addiction but I’m working on it. I’m learning to say no to some things. I’ve hired a few people to help shoulder the load.

For most of us, there’s not a magic antidote to the addiction. It’s a slog of letting go a little at a time; weaning yourself off; falling back into old habits, and starting again.

For the last couple of months, in our home, we’ve made a concerted effort to spend less money than we have in years. Contrary to the consumeristic tendencies of much of the developed world, it actually feels really good not to encumber myself with things I don’t need.

Many of us were caught in a tide we didn’t help create, but it’s up to us, for the sake of our children, to break the cycle.