Between Castle Rock and a Hard Place

by Kat MayKnow 15 days ago in humanity

Becoming an adult is not worth the price you pay. 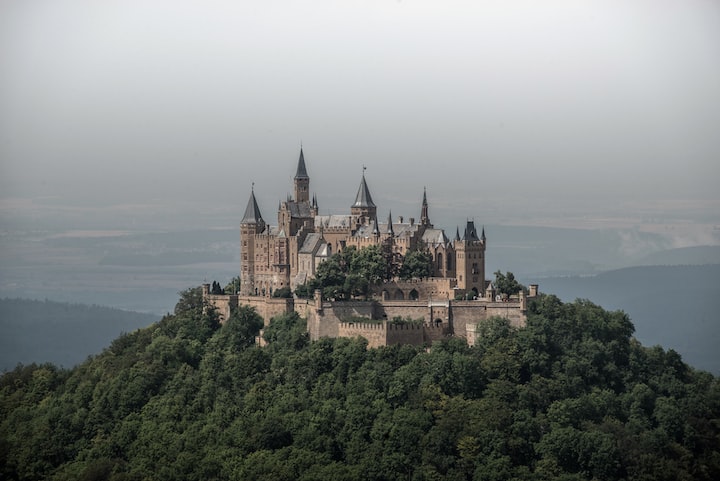 Once upon a time.

And while I knew there was no such thing as a mermaid making a deal with an octopus to be able to be with her Prince, the romantic concept was still a possibility at least. I knew there was no wild beast in the woods cursed for all eternity by a witch unless he found true love. But the romantic concept of not giving up and fighting for love until the bitter end was still a possibility. These romantic notions stick with us as little girls. We learn rather quickly that it is not just a story, but what is called a “fantasy” or a “fairytale”.

I actually wrote a poem about falling in love with a fairy tale character. But, in my fairytale, my prince fights for me. My prince would have done anything to be back together with me. My prince wanted a future with me and was willing to work towards it together with me. It never occurred to me to adjust my fairy tale from the beginning so that my prince never carried on a long-term relationship with another woman while pretending to make things ok with his wife.

I know better than to believe in fairy tales now. It was probably the hardest lesson I have ever had to learn. But, I did learn it.

However, this kind of specialized education comes with a steep price. You pay for it with your childhood. All those dreams, those fantasies, the hopes, the wishes… every last bit of them… forked over for the grand prize: the knowledge and know-how of the adult real world.

I am reminded of a scene from a movie that you may recognize. The character has been living in and out of a created false reality and the real world. He has been given an opportunity to be placed back into the created fantasy reality with no remembrance of the real world at all. When asked why in the world would he want to do this, he replied, “ignorance is bliss”.

The sheer numbers of those who no longer believe in monogamy or even marriage for that matter just baffle me. The disrespect that humans treat other humans with, the lying, the scandals, the crime, the hate, the pure darkness of it all is maddening.

And to make it worse, we have evolved into a mindset that this is normal behavior. To think otherwise is old-fashioned and archaic. Not once do we stop and think that perhaps our wretched behaviors as adult human beings could explain the advancement of the psychotics that are acting out.

I know that murder and other high-level crimes have existed in the past, but not in the numbers they do today. And certainly not as publicly, given their access to the world wide web of nefarious information, pornography, and live-streamed murders.

We have television programs dedicated to the revealing of your partner’s infidelity, primetime programs glorifying teen pregnancy, TV series depicting the mass production of illegal substances, dramas about pill addiction, serial killers publicly forgiven because their victims were the “bad guy”, and so on and so on. And we wonder why there’s a rapid decline of trust, faithfulness, and goodness?

I am not judging anyone. I certainly have no room to do so. The reason I can mention the above programs is that I too have watched them and even enjoyed some of them. In fact, I’ll go so far as to say we cannot blame our rapid decline of civilization on the cinematic. We have only ourselves to blame for allowing the cinematic to become our realities.

But then again, wasn’t Cinderella a TV show? Did it not teach me as a little girl that my Prince Charming would rescue me from the evil lurking outside my castle?

Where are my AIs seeking the entrance to this awful existence? I’ll gladly take that red pill (or was it blue?) and wake back up in my childhood fantasy where real love and happy endings exist. This virus-infected, continent-burning, mad-protesting, flying hornet murdering, volcano erupting, flash flooding, plane crashing, cop killers, cop killing, sports legends crashing, toilet paper hoarding, and Whitehouse storming reality makes this a hard place to be.

If ever I fit within the parameters of a popular cliché, it’s now, as I find myself truly stuck between castle rock and a hard place.

I share what I know. How much do I know? Who knows? I may know. You just never know. Ya know?

See all posts by Kat MayKnow →