Being able to speak English is not a measure of intelligence!

by thewellnessxplora about a month ago in humanity

I need everyone to understand this! Especially, my African brothers and sisters. 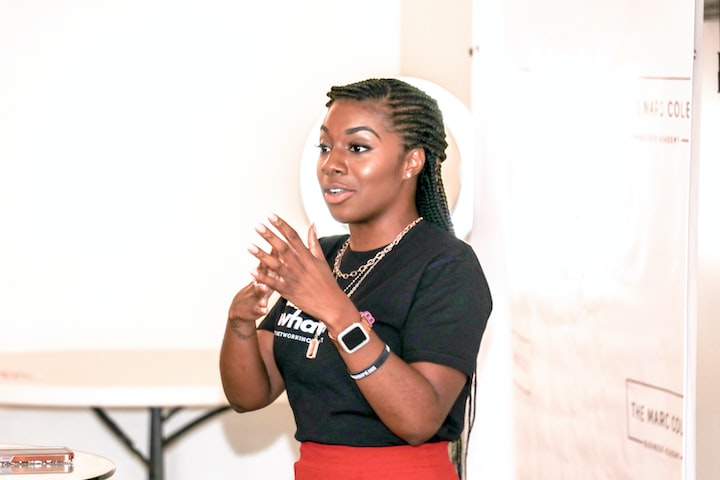 Photo by Natasha Hall on Unsplash

Somewhere on the African continent right now, someone is being made fun of, for mispronouncing an English word.

I'm certain that - right at this very second, someone is being taunted for constructing a grammatically wrong sentence in the English language.

In Ghana where I grew up, an angry, underpaid teacher is whopping a child mercilessly, under the scorching, hot, unforgiving sun, for not understanding the concept of an adjective, verb, present, or past participle.

In the society I grew up in, it is not uncommon for your teachers punish you, while your peers make fun of you, for not understanding, or speaking "The Queen's Language" perfectly.

The entire society is complicit in this buffoonery.

Of course, I participated in this kind of idiocy too.

Because I didn't know better!

Now, in hindsight, I realize how ridiculous and stupid that was.

According to Britannica, the English Language is a-

West Germanic language of the Indo-European language family that is closely related to the Frisian, German, and Dutch (in Belgium called Flemish) languages. English originated in England and is the dominant language of the United States, the United Kingdom, Canada, Australia, Ireland, New Zealand, and various island nations in the Caribbean Sea and the Pacific Ocean.

Of course, the English language was propagated so widely, and quickly around the world, due to the calculative and insidious nature of British colonialism.

It is no secret that at one point the British Empire was so vast and powerful that, it was described as "The empire on which the sun never sets". Meaning that- their territories were so vast, that at any point of the day, at least one of their territories would have daylight. ( In reference, to how the globe spins on its axis)

With colonial systems came implemented, the systematic destruction of many indigenous and ancient languages of several ethnic groups of peoples all around the world.

Many of these languages were and are still being replaced by the English language.

Today, in Ghana, there's a crop of a social and economic class of young people who cannot articulate their thoughts and feelings in any other local/ indigenous language, apart from the English language.

Sure, it opens the global world up to them. As they are able to write and earn on Medium like I'm doing.

But what is the price? Ancestral legacies and mother tongues completely wiped out through the Westernized style of education and curriculum, which often forbids students from expressing themselves in any language outside the English Language.

In some schools, you could be whipped or suspended for speaking your local language on school premises.

Yes, it's that serious and ridiculous!

So, you may be thinking - why on earth would people living all the way on the African continent,(a diverse group of people with thousands of different ancient languages, as a matter of fact), be giving themselves such a hard time, for not being able to flawlessly speak an Indo - European language of German descent? While their own local and ancient languages erode away, as their rusty tongues are unable to master the natural eloquence of their ancestors.

The answer lies in the legacy and effects of colonialism.

The spiritual, mental, and psychological effects of colonialism can not be understated when it comes to the plight of the African consciousness.

Many African's have lost themselves, and consequently, their natural minds, as they tire daily and endlessly, to become something they are not, Western.

Truly, if we hadn't lost our minds, we wouldn't be measuring each other by our ability to singularly express ourselves in one language -  our colonizer's language.

We would still respect, and not make fun of people for not being able to articulate themselves perfectly in the English language.

We would completely do away with shaming people, for this kind of thing!

Because if there's any shame to be had, it should be the shame surrounding our own inability to grasp, speak and pass on our own ancestral languages.

Instead of the shame, many are subjected to, for not being able to speak the English language flawlessly.

So no, I don't mean to bruise your ego. But it's the truth -

You're not that intelligent, just because you can speak the English Language.

Quit being condescending and looking down on people who are not that articulate at speaking the English language.

They might know how to express themselves in dozens of other languages you know nothing about.