by Lauren Lumsden 8 months ago in humanity
Report Story

"I grew up in a very white space that communicated to me that my race didn't matter, and that failed to communicate in a useful, truly honest way, why my race matters and what that means for me as a black person in America." 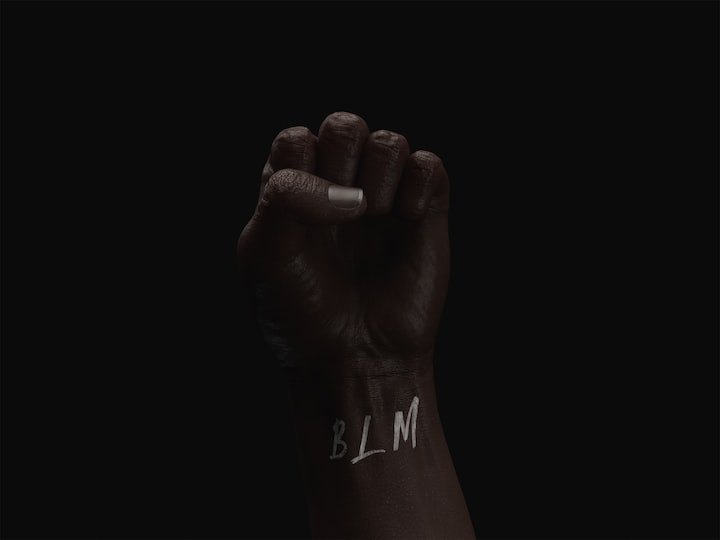 Photo by Mattia Faloretti on Unsplash

James Baldwin is not a name that I have ever been unfamiliar with. In fact, I've heard of Mr. Baldwin all my life, as one of the greatest African American authors this country has ever produced. Along with Toni Morrison, Maya Angelou, and Langston Hughes, James Baldwin was one of those authors used to communicate to my generation the black expeirence 0f the past. The hardship, the struggle, and the triumphs. I've always admired the bravery of Mr. Baldwin, the courage he had to speak out in such a pivitol, and dangerous, time in history for the black american. However, I have to admit, Mr. Baldwin's words never quite spoke to me as a child, and now, as an African American young woman, I was puzzled as to why. Reading his words now, I feel as if his books were meant for me and other young African Americans like me. I feel as if they were written to help us make sense of our experiences as the next generation of African Americans, and help guide us through our troubled feelings, and to encotage us to have hope for the future. But, back in my childhood, I could never connect with what James Baldwin was saying. I've spent a large portion of thet past few years wondering why, and I think I found the answer.

I was born in Kampala, Uganda, was adopted as a baby, and was raised in the US by a middle class white family in a white neighborhood. I was the only black child in my church, my neighborhood, my school, for years, and never had any meaningful interactions with other black people my age. Although I truly believe my parents did the best they could to make me feel connected to my Ugandan heritage, I grew up very disconnected to my blackness. Upon reflection, I believe the reason for this was, I grew up in a very white space that communicated to me early that my race didn't matter, and that failed to communicate in a useful, truly honest way, why my race mattered and what that means for me as a black person in America. I grew up hearing, "we're all one race," " we don't see color." So, consequentially, I never understood the importance of talking about my race as a child, and the value of being proud of my blackness.

None of this is to say, that I never noticed my race at all. I grew up one of the only black girls in my neighborhood, so as you can imagine, I have always faced comments and remarks about my race from young kids who have never seen a black person before, to ignorant adults who never educated themselves. "Stop wearing hoods, you look like one of them," "Why is your skin brown?" I faced these questions on a regular basis, and always found these questions odd, but in the end, I never thought much of them. This is not because I didn't see race, not because I thought we were all the same, but because I didn't truly realize at my young age, the historical weight these questions carried. I didn't truly realize what, intentionally or unintentionally, was being said to me.

As I got older, the blissful ignorance I felt in my childhood started to fade as I entered middle and high school. Questions started to buzz in my brain, provoked by my first personal encounters with racism. My family always told me that race didn't matter, so why were people constantly pointing out that I looked different from them? Why were kids making fun of my hair? Why did that kid on the bus call me the n word? Why did the store owner think I was stealing? Why did my friends mother say my skin was too dark? This created a deep split in my mind as I wanted to believe what my parents said, that my color didn't matter, but the world was telling me a completley different story. I tried to push these experiences to the back of my mind, but my distressed, confused feelings always manifested in anxiety and depression. I was unsure of my place, and unsure of my experiences as I was always told to ignore those people who said those things, but I couln't. I didn't understand why people were saying these things to me, and there was nobody to guide me through my feelings. I didn't understand why I was different, and I grew to hate my dark skin and knappy hair. I hated God for making me this way. Sadly, I believe I was unaware of these feelings I had, and only upon reflection was I able to dissect them. At the time, I stubbornly tried to deny my experience and to somehow fit my experiences into my worldview that race doesn't matter, but naturally, all that succeeded in doing was increasing my anxiety and steepening my depression.

On May 25, 2020, the scales fell from my eyes, and I hated what I saw. It devastated me. The murder of George Floyd was more than just a tragic event for me. It tied all the questions I had about race together. It connected all the dots. Everything I've learned about African Americans throughout my life, all started to become clear. Slavery, Jim Crow, Cvil Rights Movement. Black Power Movement. Mass Incarceration. The LA Riots. Feurgosun. Trayvon Martin. Sandra Bland. Breonna Taylor. Rodney King. Fred Hampton. Martin Luther King. Malcolm X and now, George Floyd. It all made sense. It was all interconnected and now, I could see it.

I truly don't know what it was about this day, maybe because this was the first time I saw police brutality up front in my face, maybe it's because I was older and understood a little bit more about the world and how it operates, I have no clue. But now, the truth was unavoidable. May 25, 2020, is when I realized that I was a minority, and what it meant to be a one. Also, thst I couldn't ignore my reality anymore because thar could have real implications on my life and my future family. May 25, 2020, I realized and accepted, that my race matters.

I was angry. Angry at the officer that killed George Floyd, angry that my experience was valid but for so long I was persuaded to believe that it wasn't, angry that this was my first chance at having an honest conversation about race, angry that someone had to die for people to finally start a conversation. Fortunately I poured that agitated energy into something productive. I started scowering for resources that could teach me anything and everything about African Americans history. I watched documentaries, interviews from black leaders like Malcolm X and Angela Davis, and of course, reading books by any black author I could get my hands on. This search led me to discovering, James Baldwin.

As I said, I've always been aware of Mr. Baldwin, but after the death of George Floyd, Baldwin's essays, s poke to my personally troubled heart. To my dissillusioned heart, that is angered at the lies and injustices perpetuated for decades, even centureies. To my confused heart, that is helplessly confused on how to deal with this monster that racism is. He voiced my frustration and validated my hurricane of emotions swirling inside me. He helped me make sense of the social upheavel of my time by giving me a glimps into the social upheavel of his. His essay's forced me to confront different parts of my lived experience that I was still afraid to voice out out of fear that it would make it real. But it was always real, and Baldwin's words encouraged me to look at myself and my life honestly. Most importantly, Baldwin's life as a whole encourage me to speak honestly and openingly about my experience as a black woman to anyone who will listen.

I tell you all of this because, being black can be difficult. It can be draining. It can be heartbreaking, and if we keep pushing forward, and lay the foundations like Mr. Baldwin's generation did for us, we can encourage the next generation of African Americans, validate them, and leave them prepaed to take the fight for change even further. This is important, it is vital, the next generations are counting on us.

Let's end with a few words from Mr. Baldwin himself:

" Everything I write will in some way reflect on you. So. . . what do we do? I'll make you a pledge. If you will promise your elder brother that you will never, ever, accept any of the many derogatory, degrading, and reductive definitions that this society has ready for you, then I, Jimmy Baldwin, promise you I shall never betray you." ~ Begin Again: James Baldwin's America and it's Urgent Lessons for Our Own, Eddie S. Glaude Jr., pg. 5

More stories from Lauren Lumsden and writers in Humans and other communities.