Be More of Who You Already Are

What is the real measure of your life? 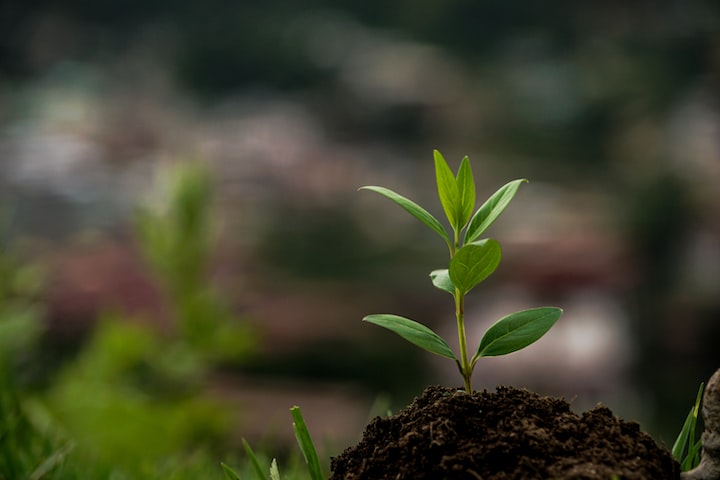 Photo by Pema Gyamtsho on Unsplash

Okay, that's not entirely true. People, like trees, start out as a seed, of sorts. We both grow, eventually begin to decay, and finally die. In both people and trees, complex biological processes are at play, many of which still seem like magic to even the most educated and brilliant scientists.

As far as my meager understanding carries me, that's where the similarities end.

Antiseptically, a tree is a plant with a more-or-less permanent woody main stem (the trunk), ordinarily growing to a considerable (what is considerable?) height, and usually developing branches at some distance from the ground.

A tree is, however, a lot more than the dictionary definition of a tree:

Trees, unlike people, don't likely have moments of existential crises or moments of wanting to be different than what they are. Trees don't think, at least in the traditional sense.

There is a pervasive notion that most people generally accept that we, as humans, can be whatever we want to be if we're willing to put in the work. On one hand, the concept is perfectly reasonable and rational. On the other, the pursuit can, at a minimum, be a waste of other more innate talents, and at a maximum, can be dangerous.

Who am I to say that if you are under 6 ft tall, you should abandon dreams of one day playing in the NBA? It's a personal matter. Even if unachieved, the effort of reaching for such an audacious goal has the potential for a great deal of personal growth.

The opposite may also be true. We've all heard stories of men in their late forties who have never quite moved past their "high school glory days". Years have been wasted living docked in the past.

In the game of life, your best years should never be in the rear view mirror.

This is a bit of an extreme example. The pervasiveness of the problem usually shows up in ways like these:

A top performer in sales is promoted to the role of sales manager where she doesn't thrive. This may be due to a number of factors, one of which might be that she isn't equipped to nurture coworkers in the way she does sales leads, even though she's read all the books, attended all the seminars, and made it a focus of her extracurricular efforts.

All effort is put into an area where a student struggles at the expense of nurturing talents in other areas.

I don't know almost everyone. In fact, I hardly know anyone, but those people I do know all seem to have their own set of talents. Talents, of course, can be developed. It appears, however, that natural talent means a person can progress more rapidly in any given area with the same amount of effort (or less) than a person without natural talent.

Focusing on and developing what you're good at is beneficial in a couple of ways:

Let's look at another well-used example. Suppose you have a teacher who notices early on that a young child can't stop doodling on their papers. Their doodles aren't Picasso-level, but the teacher sees potential. The teacher can do one of three things: nothing, reprimand the child for being a doodler, or nurture the desire. Doing nothing is perhaps better than a reprimand, but nurturing the child's desire to draw may have the most positive short- and long-term impact.

There's an added benefit to focusing more attention on nurturing talent than constantly working on "areas of improvement": When a person is happy doing what they're doing, some of the "less fun" things get easier.

And, finally, giving attention to what people can do means that even as a person ages and develops physical or cognitive limitations, they can continue to feel good about what they are able to contribute rather than constantly being reminded of their limitations.

How we measure our lives should not be in accomplishments and accolades but in how we touch others. Even people in the twilight of their lives have so much to contribute that has nothing to do with "getting stuff done". And, it is in nurturing and using our innate talents and abilities that we often make the biggest difference in the lives of others.

There's nothing wrong with taking moon shots, but while you do, remember the other things you're good at and make room to grow in those areas too.