Balenciaga removes ads & Apologizes For Its Sexualized Children in Ads

by sachin malik 15 days ago in advice
Report Story 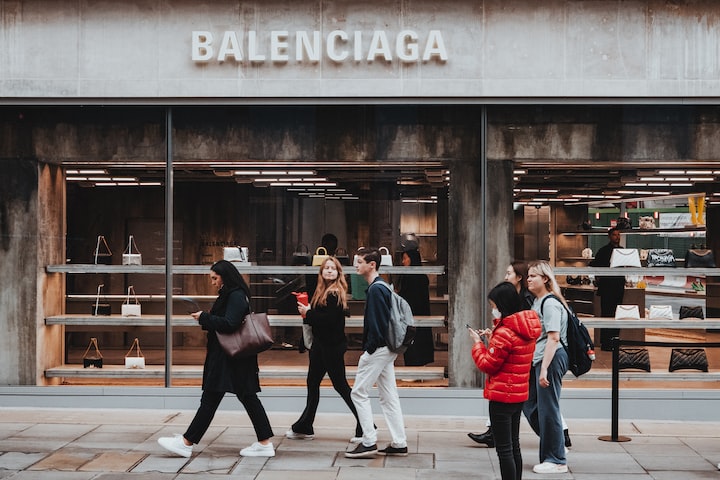 Spanish brand Balenciaga was established in the Basque Country in Spain before relocating to France and opening a boutique store in Paris in 1937 as a result of the Spanish Civil War.

Balenciaga used sleek and linear lines in the post-war era that deviated from Christian Dior’s hourglass shape popularized at the time.

He revolutionized women’s fashion in the 1950s, and by the 1960s had developed trademark styles such as the collar deviating from the collar bone, and the “bracelet sleeves.”

Balenciaga was acquired by multinational French company Kering in 2001 – who own Yves Saint Laurent, Gucci and Alexander McQueen among others – and was pegged as the company’s fastest growing brand in 2018.

"We sincerely apologize for any offense our holiday campaign may have caused. Our plush bear bags should not have been featured with children in this campaign. We have immediately removed the campaign from all platforms," the company wrote in a statement posted to its Instagram story on Tuesday.

The advertisements, which were originally posted earlier this week, were for the brand's new holiday gifting campaign. The photos featured children posing with the company's plush bear bags, which wear BDSM-inspired harnesses.

One photo featured a child standing on a bed with one of the plush bear bags, surrounded by other purses and accessories that include what appears to be a chain leash as well as a Balenciaga branded dog collar choker.

Social media users immediately called out the brand's latest campaign on Twitter, with some also denouncing a promotional photo for a purse that included what appears to be an excerpt from the U.S. Supreme Court opinion on United States vs. Williams (2008), which upheld part of a federal child pornography law.

"We apologize for displaying unsettling documents in our campaign. We take this matter very seriously and are taking legal action against the parties responsible for creating the set and including unapproved items for our Spring 23 campaign photoshoot. We strongly condemn abuse of children in any form. We stand for children's safety and well-being," the company said in its statement on Tuesday.

"We sincerely apologize for any offense our holiday campaign may have caused. Our plush bear bags should not have been featured with children in this campaign," the statement said.

Another aspect of the advertisement featured an image of Balenciaga's handbag laid atop a stack of documents. A close examination reveals that the documents refer to a Supreme Court ruling that upheld a law that criminalizes child sexual abuse images.

"We apologize for displaying unsettling documents in our campaign," Balenciaga wrote, adding that it strongly condemns the "abuse of children in any form."

The Spanish luxury label made headlines last month for cutting ties with Ye, the rapper formerly known as Kanye West, after he made antisemitic comments on social media and in several interviews. Ye had walked in Balenciaga's Paris Fashion Week show just weeks earlier.

The brand left Twitter on Nov. 15, shortly after billionaire Elon Musk bought the company for $44 billion in October, but remains on Instagram

"Balenciaga severed their ties with @kanyewest due to a tweet. Yet they expect us to just 'accept their apology' after they get caught up sexualizing children?" CJ Pearson, a conservative activist, tweeted Tuesday.

Kering, which owns Balenciaga, along with Gucci, Yves Saint Laurent, and Alexander McQueen, did not immediately respond to a request for comment.

Read the original article on Insider