Aren't We Better Together?

by Michael J Trigg 18 days ago in humanity

One human race on planet earth. Homo Sapiens. Us. 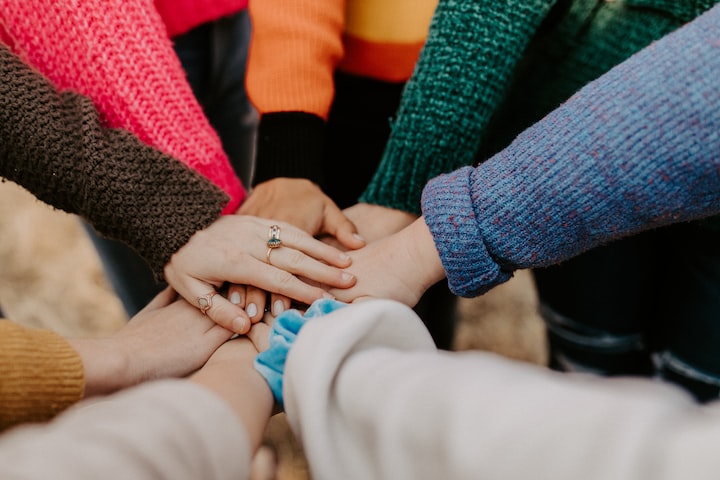 As I have asserted in several posts, there are no human races on Planet Earth. ALL humans are one race regardless of skin color, religion, tribal origins, or country of birth.

Based on an examination of our DNA, any two human beings are 99.99 percent identical. The remaining 0.01 percent determines skin, eye, and hair color, and could hold important clues about the causes of diseases. So, the word racism is redundant. When someone abuses or discriminates against another person because of the color of their skin, that is bigotry or intolerance. The definition of bigotry is prejudice and the state of being intolerant. An example of bigotry is disliking people because of their culture. Generally speaking, black and brown-skinned people have different cultures but that does not equate to them being a different race. The science just does not hold up the claim of humans of different skin colors being different races. Therefore, the term racism is redundant.

Let’s call it what it is – bigotry. Or if you want to be long-winded: hatred against another person based on skin color.

I sometimes wonder how humanity would react if aliens from another galaxy were to show up? Obviously, they would be of far superior intellect to us with technology that we are possibly decades or centuries away from developing. To travel from another galaxy to our solar system, they would have to overcome the barrier of time travel. Would they come in peace or would they be hostile? If the latter, would we humans band together against a common foe? What if the aliens had a human form but were dark-skinned, how would Caucasians react?

Given the current “black lives matter” situation around the globe, I shudder to think.

What is it about dark skins that so many white-skinned people dislike or even hate? Is it fear? Is it ignorance? Os is it just plain old stupidity? And when you think about it, what about all the white-skinned people who flock to tropical vacation places and lie in the sun all day to get a great suntan. Many of these people end up with very dark tans but they don’t like dark-skinned people. I don’t get it.

If you have white skin and don’t like dark-skinned people, don’t get a tan. Think about it.

If somehow, we could all put our prejudices, our fears, our hatreds, and our bigotry aside, step back from our warlike ways and collectively work for the good of each other as one race, imagine what this planet could be like. Instead of spending trillions of dollars on weapons, we spent that money on the betterment of the human race, the one and only race. Imagine what could be accomplished. Within a few years, we could eliminate poverty and starvation. We could provide medical care to everyone. We could ensure that children all around the world could receive care and love in their formative years and education that would allow any child to be the best they could be.

But, that is a dream that will never be realized. I glance now and then at the Doomsday Clock and I shake my head. We, the human race are a war-like race that will never change as long as we continue to believe the people of earth are different races.

Humanity continues to face existential dangers: global pandemic, nuclear holocaust, climate change and compounded by a threat multiplier, cyber-enabled information warfare, that undercuts society’s ability to respond. The international security situation is of great concern, not just because these threats exist, but because world leaders have allowed the international political infrastructure for managing them to erode.

Repeating myself again; we are ALL ONE RACE. The human race. Unless we can reduce or eliminate altogether the following traits and behaviors, we will all perish together at some point. We must move forward together to eliminate:

Can humans do it? Yes. Can they want to do it? Doubtful. If they did it? They could reach for the stars. The first step, however, is losing the notion that we humans on this beautiful little blue planet are of different races. It is a fallacy. Teams do not succeed in promoting their differences, they succeed by what they can achieve by acting like one.

And that is what we have to do as a race. Act as one while celebrating our different cultures, languages, religions, and ways of life.