An Open Letter to Who I Used to Be

SJ
by Sabrina Jameson 25 days ago in humanity 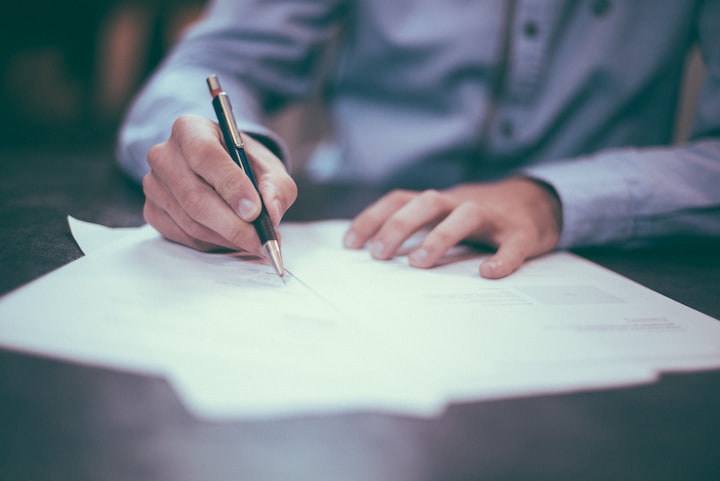 To anyone reading this: This is a letter that I've decided to write to myself at this time last year, when we didn't know what the actual hell COVID-19 was going to bring in the coming months, or how serious this pandemic actually was. I remember that I was super unsure about what the next steps in our lives would be, and I remember just feeling like everything had flipped upside down, and that I just somehow had to deal with it. So, now that I've lived through whatever 2020 was, I wanted to write a letter to myself that I would've loved to have.

I'm going to be frank with you. The world isn't back to normal yet, and it doesn't look like it's going to be going back anytime soon, or at all. You started going back to school a twice a week two months ago, and four days a week three weeks ago.

You're quarantined right now, actually, but your test came back negative, so you get to go back to school next week.

I know that everybody thought that we would only be in quarantine for two weeks, or a month at most. I know you think that. It's not going to happen.

Things are going to get worse, pretty fast. You will be bombarded by news that more and more people are sick and dying, that old people are dying so that young people have a chance to live. You're going to worry about your family, the people who you know aren't as strong as you are. They'll be fine. You'll be fine.

This summer, you'll plant a garden with your best friend. You'll bike a lot and you'll walk a lot, and you'll spend a lot of time outside. I know that you're scared you'll be lonely, and I wish I can say that you won't, but you will.

But, summer will pass anyways, and you'll still make memories that you can hang on your wall and in your mind for when you feel done. The world won't end just yet.

I wish I could say that it got easier as the fall approached.

I'm going to be honest, though. It will get so much harder.

You're going to do your first semester of school completely online, and while it's nice being able to do school from wherever you want, you're going to feel so alone.

That's not an exaggeration.

There's going to be a bunch of days where you don't feel like doing anything, especially as the weather gets worse.

You have a best friend who will be there for you. You have somebody that will listen to you cry, rant, panic on call about everything that's gone wrong. She's going to be the person that brings you back to reality, the person who makes you see reason, but also gives you sympathy.

You're so grateful for everything that she's done for you.

The winter will be hard as well, and another bottle of meds will be added to your windowsill, and you'll buy what is probably considered an excessive amount of Oreos, but you'll make it through.

It's only in these past few months that things have started to return to something resembling your normal. We wear masks at school and inside, and you're using more hand sanitizer then you've ever used in your life, but things are getting better.

You've gotten the first round of the vaccine. You've become a blood donor. You're working and seeing people and laughing a lot more than you will this year.

The future doesn't look "normal" yet, but you're OK. You're doing fine. You're still experiencing the life you wanted, just in a different way.

If anything, this letter has just been to tell myself that things are going to end up okay. The next year is going to be the weirdest of your life, and maybe the hardest, but also a year where you are going to do the things that you love, collect the things that interest you, make an effort to adapt as best you can. You'll hurt, and you'll struggle, but the main thing is that you've still gotten to grow, you've still gotten to make the most of the situation. You'll be OK. I promise.