Am I Breaking the Law? No? Then What is Wrong with this?

by Mofrad Muntasir 9 months ago in advice
Report Story

Laws are the bare minimum a person is required to do. Sometimes we hear people saying, “ Am I breaking any law? No? Then what’s wrong with this!” 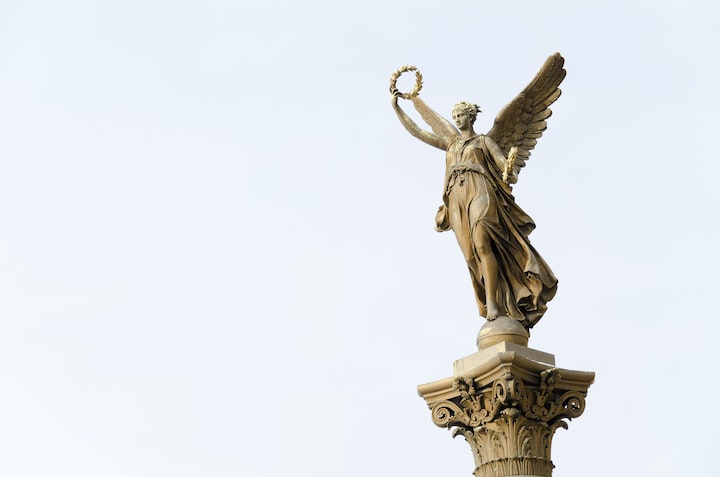 Photo by Luke Michael on Unsplash

We have two sets of compasses that guide us: Laws and Morals

Laws are the bare minimum expected of a person. Like, don’t steal, pay taxes, etc. Abiding by laws doesn’t make someone a good person. For example, we can assume that everyone on street is a law-abiding citizen because they are not in jail. But does that mean they are all good people? Staying out of jail doesn’t make someone good, it makes that person not “bad/criminal”. “At least I am not breaking any law” is not a statement to be proud of, but an indication that we are operating at a bare minimum level.

Morals, on the other hand, elevate us from that level to good. Over the last few years, I have met a few people with high moral standards. Those people did leave a lasting impression and made me wonder, what would society be like if the majority was like that? Whether a society is good, ok, or bad can be inferred from that society’s average moral standard.

A good society is like a high-rise building where laws are its ground floor.

If we want to grow and stand tall, we need our morals. For example, if no one in a society tells lies, everyone would be so at ease with each other. On the other hand, if everyone lies now and then, people would always be suspicious of each other. Where would you want to live?

Moral bankruptcy, eventually, affects laws as well. If the majority is operating at the bare minimum then there would be people who would find ways to break laws without getting caught. The new bare minimum would become not getting caught or punished rather than breaking the law. The standard will keep going down. Good people will become outliers and be considered weak. Definition of goodwill changes over time as well. Society will become a jungle. To stay safe, jungle animals need to project their strength or be on the lookout for predators.

Society, from a harmonious institute, would become a “survival of the fittest” game.

Or has it already?

Then is there any point in stricter laws?

Sometimes people ask for stricter laws. Stricter laws would work in deterring people to operate at a bare minimum. There’s a saying that if you do something for a long time that will become a habit. Similarly, if a society is forced to follow laws for a long time they would be habituated.

The stricter laws will also create those who are willing to bend laws in check. The fear of punishment may curb their urges to do whatever their heart desires.

But beyond that, the need for morals kicks in. Those laws might work in the shorter term. But to be effective & for society to excel, we also need increased moral standards. Otherwise, people would always find ways to break laws without getting caught.

Sounds good but how can we build morals?

Let’s start with a child. There’s a saying that It takes a village to raise a child. First of all, morals should be taught from an early age by family members. That should be followed by good teaching and culture in school. Patience should be used when dealing with adolescent children.

Then what about adults? Once there is a critical mass of people with high morals, others will start following suit. There can be social programs like a 1-year government service at the age of 20 which every citizen should go through. I am not talking about military services necessarily but there can be elements of that in that program. If you look at countries where military service is mandatory, you will see in general the countries are quite disciplined. Similarly, if a program is customized focusing on discipline, morals, hard work, and other necessary qualities, that should start bringing the society on course.

What about the next level? People who are older and already accustomed to immoral ways? That is tricky and governments may need rewards & punishments to handle this group. There can be awareness programs and case studies showing people the right way and the benefit of the right way.

Lots of people who act immorally look for short-term benefits and, in most cases, money.

They have their objective and the right way has to be aligned with that. For example, I know of a person who stole from his company and eventually lost his job. He went on to do work in other companies but missed out on a stellar career with his previous one. That person would have benefited a lot more in his career if he persevered through the seemingly difficult years.

I know of another person who took bribes from usurpers to let go of a property. The property was co-owned by him and his siblings. He tricked his siblings and deprived them and their children of future fortune. And for what? For a sum that didn’t even last him a year. If he could hold on to that and if he had done the right thing, he would have earned significantly more in a few years.

The key, in my opinion, is to look beyond short-term benefits. There are many ways to get what you want and a lot of them are moral and legal. If there is awareness related to that, then people will try to do the right thing.

I will finish with a positive example. One guy from a humble background, who was unsure what he would do with his career, could have chosen a destructive path. Instead, he self-taught him how Youtube works and created a channel. This channel eventually gave him enough money to manage expenses and buy what he wanted. He found a way and did the right thing.

Let’s make the world better, for everyone.

This article was first published on Medium

More stories from Mofrad Muntasir and writers in Humans and other communities.