Always the Odd Girl Out 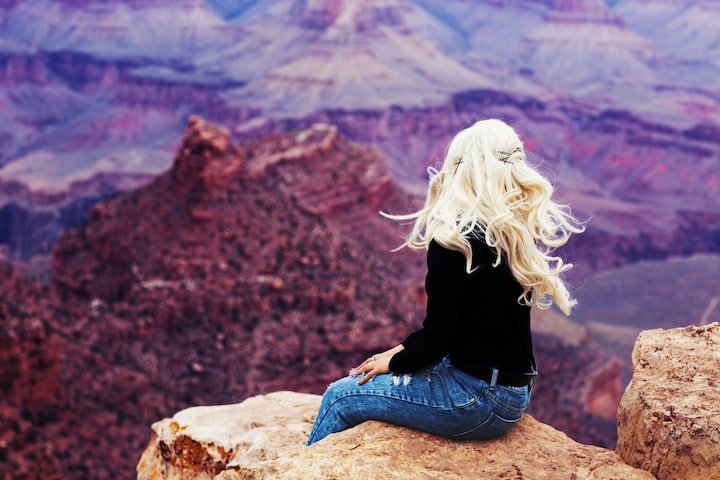 Photo by Sami Hobbs on Unsplash

Social awkwardness. It's something I've had to deal with all my life. I'm sure many of you know how that is. Feeling uneasy around people you like because you don't want to say or do the wrong thing.

And then, when you don't hear from them instantly afterward, you worry they might not like you anymore.

It's gotten easier as I've gotten older, but even with groups of friends, I've more than not always felt like the odd girl out.

Although I was homeschooled from 7th through 12th grade, my program had an onsite school (which actually looked a lot like this one) we could go to twice a week, three times if we wanted to do the Friday fundays, which were fun class not required, but let you be creative.

Well, I was a part of a couple of friend groups (for the first time in school, mind you), and I felt kinda like an outsider. Now I'm not saying they weren't accepting because that's not the case.

They were very welcoming to me and my quirks, and I'll always consider them friends. Some of them were even at my sweet sixteen.

The problem was these people had known each other for years, and when I joined in, I couldn't help but feel outside of the bubble.

And not having the best luck with socializing, I wasn't how to break through the bubble and dive in.

I am getting better at it as I seek out new friends, although I'm still quiet at first, but I doubt that will truly go away.

Now, I'm sure everyone has felt this one, you know, when a best friend starts dating someone, and you're still single. And then they start bringing them when you're supposed to be hanging out with your friend.

Well, this happened to me.

One of my best friends began dating this guy a few years back, and I felt like an afterthought. And when I was invited to do things with them, I was definitely the third wheel to a date.

Let me tell you, it doesn't feel good.

It's like you're intruding on a date even though it isn't, and you aren't.

The real kicker was when I had a boyfriend, I wasn't even able to show him off to her. And now I'm single again, so yeah, not fun.

Funny thing is I didn't feel this way about the last boyfriend she had. I always felt part of the group, and he was fun, cool, outgoing, and wasn't just there, if you know what I mean.

But her and the new guy have been together for four years, and they live together.

And yes, I know I sound kinda bitter and petty, but I've been holding in these feelings for a while without being able to express them because, God forbid, I say something about him, and she gets on the serious defensive.

Sorry, got a little caught up in emotions there. Let's get back on track.

Now this one is a bit different since I don't go to many of these. But often, when I do, I feel out of place.

This isn't fun either, but for different reasons. First, I have differing interests and values from my stepfamily, which are so opposite there really isn't a middle ground.

Not to mention our views about situations are not the same, often leaving me irritated. So, I tend to keep quiet and focus on something else, like the tv or my phone.

I don't see or have much in common with my extended blood relatives either, the ones who live in Washington State like myself anyway. But at least I feel like an actual member.

So, yeah, these are the main situations where my social awkwardness and lack of comfort make me feel like the odd girl out.