by Vasile Stef 5 months ago in humanity
Report Story

An obsession with eating foods one considers healthy 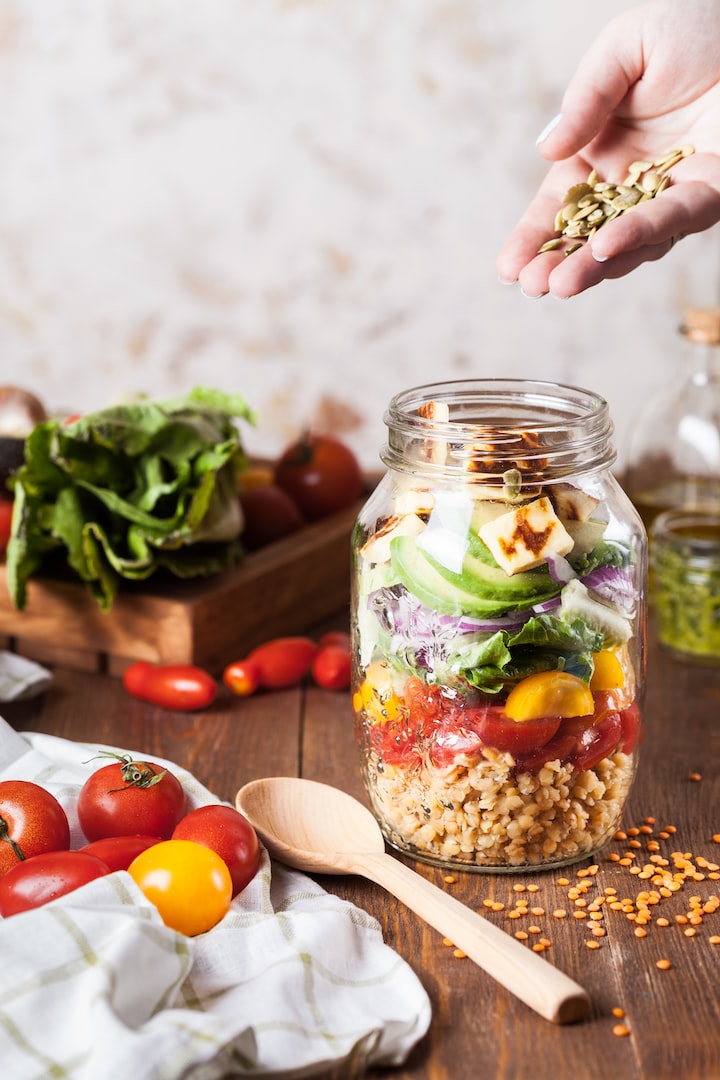 Photo by Mariana Medvedeva on Unsplash

Nowadays, fuel for a negative body image is everywhere. We see it in magazines, store windows, TV ads, social media, basically everywhere we look there’s another photo shopped body telling us we aren’t worthy as we are. For a lot of young women and girls, and even men and boys, this concept can be very damaging emotionally. So, we turn to diet trends, eating less calories, working out more, trying diet pills, some even going so far as to starve themselves or purge after bingeing. As unhealthy as the latter are, we can recognize those as eating disorders: Anorexia nervosa and bulimia nervosa, respectively. They are very obviously not diet trends, they are a mental illness. On the opposite end of the scale, there are eating disorders that cause excess weight gain such as binge eating disorders. On both ends, there are very visible ways to tell if a person is affected by one of these illnesses; excessive weight loss, refusal to eat, eating too much, excessive weight gain, bad breath from purging, wearing baggier clothes, etc. Now what if in order to lose weight a person decides to take the route of proper diet and exercise? They completely change their diet, make sure to stay active, are very careful to eat proper portions and only eat the right things. That sounds perfectly healthy when done in moderation, but what about when it entirely consumes an individual’s life and becomes just as destructive as the other three? This is the life of someone struggling with orthorexia nervosa.

Orthorexia literally means “an obsession with eating foods one considers healthy.” That doesn’t sound very bad, what’s wrong with eating healthy foods? Healthy is the word that trips you up. Focus on the word obsession. Traditionally we use the word obsession to mean very heavily interested in, however it has a much more dire meaning: “an idea or thought that continually preoccupies or intrudes on a person’s mind.” In a clinical sense, this word is used to describe many mental illnesses fueled by anxiety. Orthorexia is very heavily associated with anxiety, much like other eating disorders, and can have unbelievably destructive results. The National Eating Disorders Association describes the symptoms of orthorexia as:

An increase in concern about the health of ingredients

Cutting out an increasing number of food groups (i.e. all sugar, all meat, all dairy, all carbs)

Unusual interest in the foods others are eating

Body image concerns may or may not be present

Many of these symptoms can start very innocently; checking labels for all-natural ingredients, going vegetarian or vegan, trying 30 day cleansing diets, juice cleanses. None of these things are inherently bad, the difference between dieting and orthorexia is the motive behind it. Eating disorders develop from a compulsion, a compulsion to lose weight no matter the cost, a compulsion to eat, a compulsion to purge, a compulsion to be and stay healthy.

Unfortunately for those that may struggle with it, orthorexia is not only incredibly difficult to diagnose, it’s not officially in the Diagnostic and Statistical Manual of Mental Disorders, or DSM. Being a fairly new psychological discovery, researchers and psychologists don’t have a designated plan for treatment, nor is there a way for them to easily pin point the diagnosis. However, most psychologists are treating it as a type of anorexia and/or obsessive compulsive disorder for those who may suffer from it; but in order to get a treatment there first needs to be a diagnosis. So why is orthorexia so hard to diagnose? Well, to put it simply, healthy eating doesn’t seem unhealthy. Most therapists will congratulate you for electing to take charge of your health, because unless you’re displaying obsessive symptoms it comes off as something completely harmless. The media also doesn’t portray orthorexia as an actual mental illness, since the rare times it is talked about use it to reference things like vegan, paleo, or keto diets which, while they can spark orthorexia in those vulnerable to it, are not synonymous with orthorexia. It is incredibly important to recognize that just because it is under the guise of being healthy, does not mean this disorder is something that does not require treatment. Just like anorexia, it can lead to malnutrition and extreme and unsafe weight loss, and just like obsessive compulsive disorder it can lead to emotional break downs and exhaustion. If you think you may be struggling with orthorexia or you think you know someone who is, please seek medical attention before it’s too late. Remember, everything in moderation, because too much of anything, whether it’s healthy or not, will be damaging.