by Deepak Shukla 7 months ago in advice
Report Story

Perfection is often the enemy of done. 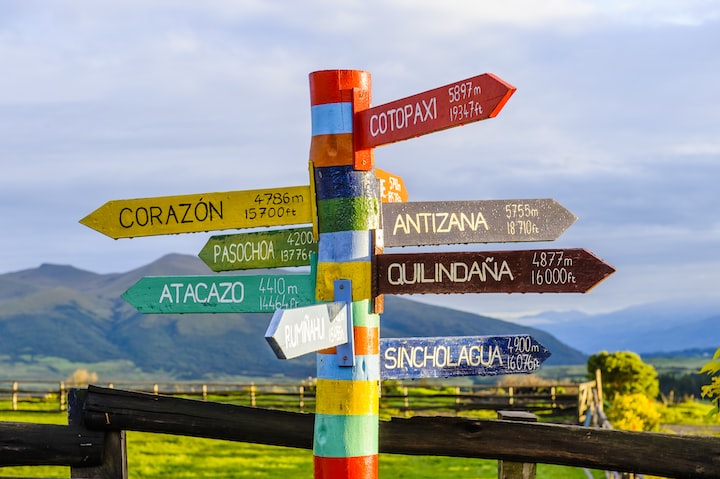 Around 30 minutes ago I got a message from a new Twitter content creator I’ve started working with. I’ve been impressed with his approach and enthusiasm and he seemed to be honest in answering all of my questions.

We haven’t even spoken on the phone – just been exchanging Whatsapp communication and emails and once we negotiated pricing – I sent some money over to him and agreed to a 6-month contract.

The above is his response.

He was surprised that I wired him money over without getting on a Zoom call. As I could tell from his response….it was strange for him.

And you can read my comment as well – which I want to discuss and break down this morning.

The rate at which you’re able to make decisions is absolutely going to determine how effective you are in a leadership environment.

One of the skills (if you lead people, organizations) that’s important to foster, based upon the experiences I’ve had, is that quick-fire decision-making based upon limited information + instinct is a necessity for success.

Anytime I’ve deliberated over decisions – it’s ultimately led me to make the same decisions anyway. It just has taken me 100x (in some cases) longer to get there instead of making a call immediately.

So here are all the tactical advantages to making quick-fire decisions:

Here are the TRUE downsides:

Some considerations with the downsides:

It’s the ability to identify quick and powerful wins based upon sensible logic that can lead to outsized results.

I’ll give you a couple of examples.

I’ve read from multiple sources (e.g Bill Gates, Mark Cuban, a shed load of people in Tools of Titans and Tribe of Mentors) that reading is a huge separator for becoming successful. So I started to invest 30 minutes a day into reading since May 2020.

This has also led me to read some books which weren’t altogether useful and where I felt I’d wasted time and money. And spending 30 minutes a day consistently doing one thing IS a big deal – so I needed to measure its usefulness.

DECISIONS BASED UPON READING

This had led to installing Audible, buying a Kindle, getting sleep headphones you can wear, buying a bunch of physical books…in the end the only thing I’ve ended up using consistently was Audible. I was NEVER sure I would use a Kindle but fundamentally I needed to spend £50-100 to find out. So the way I analyzed it was ‘it’s £50-100 to discover whether this device could change my life’ – the sensible quick decision to make was to try and see. The Kindle did nothing for me and it’s hidden in a cupboard somewhere gathering dust.

But Audible + Blinkist made ALL the difference so in the end the quick decisions have led to incredible returns.

I was watching a video from a Russel Brunson course when someone casually being interviewed underlined that they used onlinejobs.ph to build a team of full-time smart driven young people that were earning $200-400 per month.

I immediately invested $99 per month (I’m into my 3rd month) on onlinejobs.ph.

We’ve had 3 people who’ve come in and we’ve invested time into those who haven’t been good at all. We’ve also had 100+ rubbish applications that have required sifting through.

3 months later – Anna and Chill – two people who have impressed all around and are working full time, are enthusiastic about working with us, attend all trainings, and diligently work each day – are providing INCREDIBLE returns between those prices ranges….

And it appears to be the same in India, as well as potentially Uganda, so our recruitment drives in those regions continue – to unearth great talent at incredible prices.

When you make quick decisions – it comes with failure mixed into it consistently along the way. But at the same time – it’s also a sure-fire way to uncover amazing opportunities.

So getting past the emotional turmoil that comes with a fast decision is the biggest challenge you will encounter.

Because it’s the master of your emotion associated with making a decision much quicker than you ordinarily would that mostly presents the biggest challenge for most decision makers.

More stories from Deepak Shukla and writers in Humans and other communities.