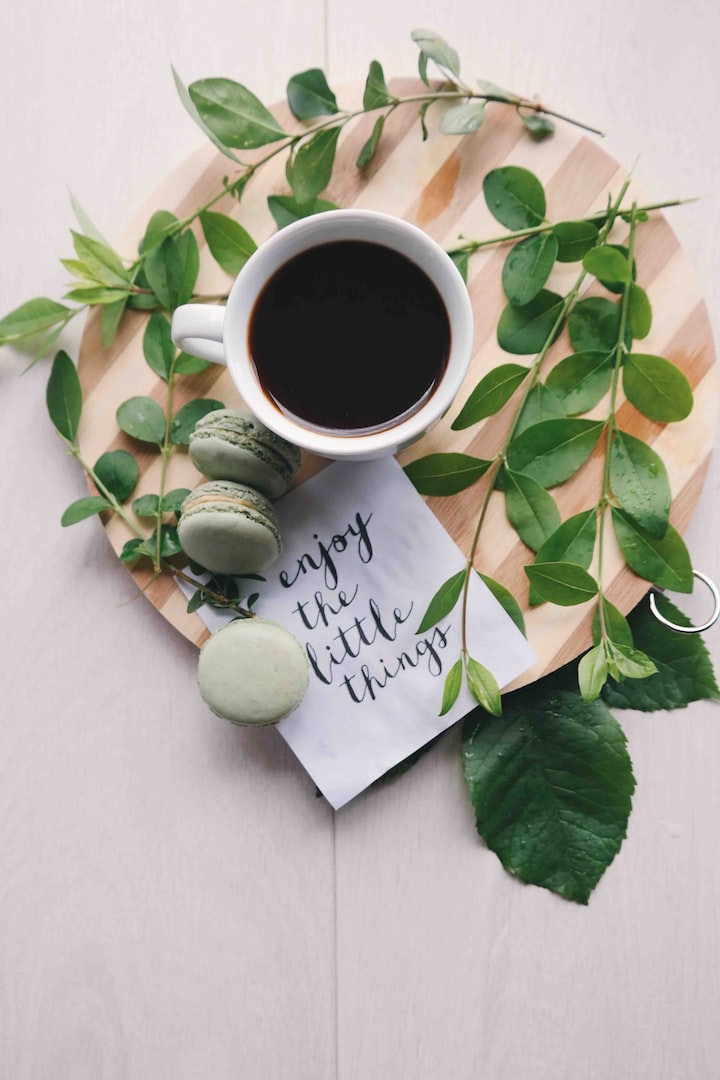 Photo by Brigitte Tohm on Unsplash

Are you a person who is afraid to bother others?

You may be concerned about that.

bothering others will make the relationship impure and utilitarian.

Trouble others will make you appear not independent and vulnerable.

If you bother others, you will owe a debt of gratitude and fear that you will not be able to pay it back.

Whether between lovers, or friends, it moderates trouble but will make the relationship more intimate.

The most long-lasting relationship between people: are mutual trouble, and mutual gratitude.

The love affair between actress Huo Siyan and Du Jiang began with "trouble".

Once, Huo Siyan and Du Jiang together to see the painting exhibition, near the end, Huo Siyan said she had work to leave early, and want to trouble Du Jiang temporarily take care of their dogs brought out.

Du Jiang readily agreed and took the dog back to his home to help look after it.

The next day, Du Jiang got up early in the morning to walk the dog, but also took a video and sent it to Huo Siyan, so she can rest assured that work.

The first thing you need to do is to take care of your dog.

After that, Du Jiang also from time to time something "troubled" Huo Siyan, one after another, the relationship between the two became more and more intimate, and finally fruitful.

As the saying goes, one needs "trouble", one is happy to be "trouble".

"Everyone comes into the world to pursue a sense of value and belonging."

A good relationship comes out of trouble.

Two people help each other to find a sense of value in the relationship, and only then will they develop love and dependence on each other.

Know how to trouble friends, the relationship will not be raw

I read a story.

The first time she became a mother, she had a lot of problems with her baby, she was anxious and did not know what to do.

It just so happens that Xiaoye has an old classmate who often shares parenting tips in her circle of friends, and Xiaoye wants to ask her for help, but because she usually doesn't have much contact, she is a little apprehensive about suddenly bothering each other.

What she didn't expect was that her classmate called her immediately after she received her message and answered her questions with care.

After some time, Xiaoye had questions for this classmate, the classmate not only did not impatient but was also very enthusiastic to share their years of experience with children and their journey.

Xiaoye was grateful, but the classmate said.

"In fact, I also want to thank you, in these five years of being a full-time mother, I have been feeling more and more worthless, and the process of helping you, let me see my value, but also let me feel your trust in me."

Later, Xiaoye and her classmate kept in touch, they encouraged each other, shared their daily routine with the children, and became very good girlfriends.

"If you want a friendship to last, then you have to let someone do a little something for you, which will give them a sense of presence and importance."

The right amount of "trouble" is the window to build an emotional connection with friends.

There was a popular question online: "Should friends bother each other?"

"I used to be a person who didn't like to bother others, and I could ask my friends for help when I encountered something difficult, but I chose to carry it myself for fear of causing trouble to my friends.

But then I slowly discovered that now I still keep in touch with those who occasionally 'trouble' each other's friends, contact has not been broken, the relationship has not faded."

Trouble friends to grasp the proportion.

My friend Xiao Yang told me that she had blacked out a junior high school classmate.

The original is just a few cans of milk powder, and then either buy toys or cosmetics. At the most outrageous time, the classmate asked Xiao Yang's husband to video link with her on the spot in the store to pick a gift for their relatives.

In the end, Xiao Yang and her husband could not stand it, and pulled her black decisively, ending a friendship of more than a decade.

"A sense of proportion is a sign of maturity, interpersonal interactions to know how to comply with the necessary distance between people."

Once the "trouble" has lost its proportion, not only will not improve feelings but will become a disturbance, so people want to stay away.

"Trouble" each other, not only in moderation but also with gratitude, to help each other, a long relationship can last.

When Chen Yin-keun applied for a professorship at Oxford University in England and encountered some doubts, he bothered Hu Shi to write a long letter to the university to dispel the other party's worries.

There was also a time when Chen Yin-Keun was seriously ill and had no money for medical treatment.

At that time, Hu Shi had already left his post as ambassador to the United States and his salary was meager, but even so, he sent Chen Yinqian a thousand dollars.

After that, Chen Yinka kept this kindness in his heart, and later, when Hu Shi ran for the presidency of the Academy of Culture, Chen Yinke went to Chongqing to cast a crucial vote for Hu Shi.

The two of them did not distinguish each other in academic exchanges, and they helped each other when they asked, which made a good story.

As a common saying goes, "A tree is as tall as its roots, and a man is as good as his benefactor."

Moderate trouble, there are back and forth, the friendship can be more profound;

The relationship can only be maintained for a long time if we are grateful to each other and return the favor.

Hemingway wrote in "For Whom the Bell Tolls".

"No one is an island, alone in the sea; each person is like a small piece of clay, connected to the whole land."

People are like two parallel lines that will never intersect without disturbing each other.

It is because of the moderate "trouble", there is intercourse, and there is the beginning and establishment of emotions.

May we have people around us who can be "troublesome" when we need them, which is a rare treasure.

May others have difficulties, we can be his most want to "trouble" people, this is a valuable trust.

This world is not just the right fate, and there is no rightful love.

A good relationship begins with "trouble" and lasts long with gratitude.