by October Jin 3 months ago in fiction

If you see this woman, please contact the authorities. 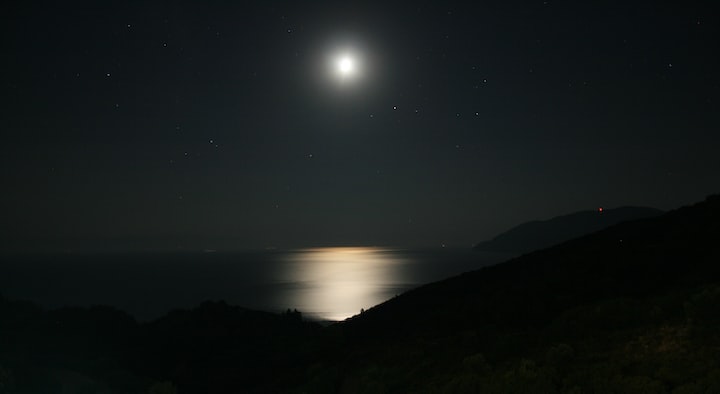 Photo by Lester Salmins on Unsplash

CENTREVILLE, Md.–Authorities are looking for a white female, late 20s, 5 foot 4 inches, with long dark hair. She was last spotted wearing a tattered dress of white, speculated to be an old wedding dress. She is wanted in conjunction with the disappearance and murder of 3 men.

Paul Fellow, 32, was reported missing on October 31, 2019. He was last seen at Tidley’s Bar on Oasis Avenue close to midnight. His body was found 3 days later on the banks of Midnight Pond in Reece’s Forest. Due to the grotesque manner in which his body was found, his death has been ruled a homicide.

Dante Williams, 29, was reported missing on October 31, 2020. He was last seen at the Red Door nightclub, where he left by himself. According to statements by friends who were present at Red Door with him, he was walking towards Midnight Pond right before midnight. His body was found 2 days later in Reece’s Forest. His body was found in a similar state to Mr. Fellow’s and is also believed to be due to homicide.

Alejandro Reyes, 31, was reported missing this morning. Mr. Reyes was last seen near Midnight Pond, at the corner of Watters Road and East Avenue at approximately 11:30 pm, where an Uber driver dropped him off. Multiple agencies are searching the area around Midnight Pond for Mr. Reyes. A news conference will be held at 5 pm today with an update on his disappearance.

A young woman is believed to be responsible for both deaths and Mr. Reyes’ current missing state. Jimmy Smyth, 35, a local, tipped off the police after he had a run-in with her in 2018. He believes strongly that this woman is dangerous and has a pattern of luring men into Midnight Pond, killing them, and then dumping their bodies in nearby Reece’s Forest.

“She is evil,” Mr. Smyth said in a formal statement. “If you see her, run.” When pressed, Mr. Smyth declined any further comments and would not return our phone calls.

Another witness, Malcolm McCrabey, 39, of nearby Stanton, MD, corroborated Mr. Smyth’s statements. A widow of 8 years, Mr. McCrabey believes he encountered the same young woman in 2015. On October 30, 2015, after leaving a nearby tavern in an inebriated state, he found himself walking down the windy path towards Midnight Pond around 11 pm that night.

“I couldn’t see anythin'. With only the moon to guide me, I had no choice but to take the path that went to the pond. The rocks on it light up like crystal in the moonlight. It led me right to the south side of the pond.

I was just starin' at the pond, tryin' to get my bearings when she appeared right behind me, all spooky-like. I didn’t even hear her. She stood a ways away from me, just starin' at me with her dark eyes. They were black and I couldn’t see the whites of her eyes at all. She was wearin' this old-fashioned weddin' dress that looked ripped.

I’ll admit, I was scared. I said ‘hello?’ but she didn’t answer. She just pointed to the center of the pond. I didn’t know what she wanted.

Then she opened her mouth, but her mouth wasn’t normal. She had very long, sharp, pointy teeth that were so white they gleamed in the moonlight. Her lips were black as her eyes, and she let out this screechin' noise. It hurt my ears so I put my hands over them, tryin' to stop the sound. And that’s when she pushed me in the water.

Now, see, I was mostly drunk and didn’t know what was goin' on. So I started thrashin' around and hollerin' at her to stop. But she was so strong. She grabbed me by my shirt and pulled me off my feet and held me above her in the sky. And she started screechin' at me again, her voice growin' louder and louder. And it vibrated in my ears so hard that my eardrums popped and started bleedin' into the water.

I crumbled in her grip like a beer can and I didn’t know what to do. So I just hung in her fist. Then she threw me out to the middle of the pond, and I think she was still makin' that awful screeching noise 'cause her mouth was wide open. But I couldn’t really hear no more. And just as I landed back in the water she suddenly appeared right next to me, coverin' that 10-yard distance in the blink of an eye. And she grew tall, too, so tall. The middle of the pond goes over my head so I was tryin' to keep my head above water, but she seemed to be standin' there just fine and towerin' over me.

And then, I’ll never forget it. She bunches my wet shirt in her powerful fist again and pulls me out of the water like I weigh nothin'. And she pulls my face close to her face and opens her mouth and it’s gigantic. And all I could see were teeth. And as she starts to swallow my face, I black out. And that’s the last thing I remember.

I woke up in Reece’s Forest the next afternoon, my ears bleedin', my body shiverin'. I nearly died of hypothermia. I was in the hospital for 3 days.”

Police Chief Dwight Krupe warned citizens of the danger of believing Mr. McCrabey’s story. “Mr. McCrabey has a wonderfully imaginative memory of that night,” he said. “It’s possible that this young woman lured him into a dangerous situation. The hospital reports do indicate that Mr. McCrabey’s body was in a hypothermic state when he was admitted. The report of ruptured eardrums is also corroborated by the hospital. However, I think we can all listen to his story and realize that his inebriated state that night had a part to play in the details he remembers.”

We asked Police Chief Krupe to make an official statement about the state of the past victims’ bodies when discovered. “We cannot comment about these ongoing investigations,” he said. When asked if the bodies had perforated eardrums, Chief Krupe declined to comment.

UPDATE 5:41 pm ET: A press conference held by Police Chief Krupe and the local Sheriff’s department has confirmed the death of Mr. Alejandro Reyes. “At approximately 2:33 pm ET today, we found the body of Mr. Reyes in Reece’s Forest. Although we walked the perimeter of the pond and adjacent forest multiple times, we did not discover his remains until the 3rd search, which commenced shortly after 2:15 pm. His body was found in a similar state to the victims before him.”

In a surprising revelation, additional details about Mr. Reyes’ death were divulged. Chief Krupe went on to say, “this year we're releasing more details about the victims' deaths in the hopes that it will help us catch this serial killer. We've been asked numerous times if these bodies were found with their eardrums ruptured. The truth is we don’t know. The heads were all severed at their jaws, and those parts didn't remain behind. To this day we've been unable to locate their heads. We identified them through a combination of the IDs found on them, in addition to distinctive physical features and body modifications shared by their families. We don't know what sustained their head injuries, but the marks seem to be caused by a large animal, as all indications point to bite marks.”

Mr. Smyth and Mr. McCrabey were called for their comments on these new details. However, they could not be reached. Mr. Smyth’s family informed the press that he has fled town. Mr. McCrabey’s whereabouts are currently unknown.

We will keep you updated on this developing story as more details are revealed. In the meantime, the police department asks that everyone be on the lookout for this young woman, who is being dubbed in the media now as the “Halloween Murderess.” Contact authorities immediately if you see her, and whatever you do, do not approach her.

Read next: These Dreams