by S.D. Kang 4 months ago in fiction
Report Story 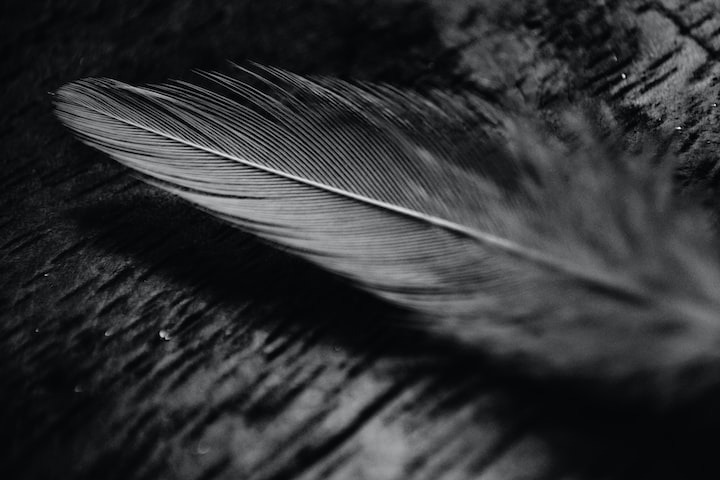 Photo by Vignesh Kumar R B on Unsplash

“Come down from the ledge!” He begged as loud as he could through the pouring rain. “Please!”

Those had been the exact same words he had heard his sister yell thirty years ago. She hadn’t succeeded then, but he didn’t know what else to yell in that moment. Had she felt the same way? Perhaps she hadn’t been as scared as he felt now, after all, he saw how the first time ended. He didn’t dare make any sudden moves as half of her feet were already dangling off the ledge.

“You shouldn’t have come, Bolo.” His sister said without turning back. “But don’t worry, I’m not going to jump.”

That didn’t assure him in the least bit. After all, his mother had told them the same thing before she-

“Please, just come down and let’s talk, Maria!” He begged yet again.

“They never believed me, Bolo.” She said as she finally turned to face him. He thought she sounded sad, but through this rain he couldn’t tell whether her face was wet with rain or tears. “But I thought you would. You were here with me, after all.”

It had been a rainy day just like this one. He and his sister had followed their mother to this very bridge. Oh how Maria had begged their mother. But after she had jumped, something seemed to have broken inside of his sister. Maria had just stood there, looking at the sky. He had run to the edge of the bridge and looked down at the unruly waters, but he couldn’t see anything. He had called 911, but before they came, Maria showed him a white feather and asked him if he had also seen the owl. When the police came, he had told them that their mother had jumped but Maria insisted it was a giant owl that had taken her.

Bolo assumed his sister must have been in shock, but the police found no traces of their mother. The search went on for days, all around the river banks and at the bottom of the river. At the time they had informed him that the river went off to open sea eight miles off. They had also told him that it was unlikely that a body would drift all that distance, but that it wasn’t impossible.

“But it’s almost impossible that she would have survived a fall from this height.” They had told him. “You said you saw her jump from here, correct?”

The truth, however, was that he hadn’t actually seen the jump. For whatever trick of the universe or perhaps it had been his pathetic wits. But on that very crucial moment, he blinked for half of a second. He ran that moment over and over in his head. Sometimes it was a flash of lightning, sometimes it was a wayward drop of rain. Whatever the case, he had his eyes on his mother one second and she was gone the next.

But they needed closure. Both he and his sister needed it. After all, their mother had been negligent for most of their childhood, cursed with ramblings and obsession about an owl. She was constantly talking about not being able to get away, about not being able to break some curse without realizing the hell she was putting Maria and Bolo through. So he told them that he had, he told them that he had ran to the edge and watched his mother fall into the waters as he helplessly reached his hand out to her and yelled.

It had been a crushingly hard time for his family, but he had thought he had made the right decision. After years of therapy, his sister had stopped speaking about the owl as well and they were finally able to have a normal life. Maria had even gotten married to her college sweet heart and had a beautiful daughter of her own who had become a smart young lady.

So why, oh why, at the age of 42 was Maria standing on this very same bridge? Why were they standing in this damned place once again?

“Don’t look so sad, brother.” Maria said as she opened her arms wide. “You will see now that I wasn’t crazy.”

“No, please don’t do this, Maria.” He begged as he slowly inched closer to her. “Please, just come down from there. Mom was sick, don’t follow her, please!”

“I don’t think there’s a way out, Bolo.” She said as she weakly shook her head. “But keep your eyes open, for me.”

And as he heard those words, for a split second it felt like the constant white noise of the falling rain had ceased. His breathing sounded louder in his own ear as he looked at his sister and reached out through the rain. He felt in his heart that this was the very last opportunity for him to hold his sister.

Suddenly there was a bright flash of light that made him involuntarily wince and close his eyes. It was just a momentary response. He forced his eyes open the instant he realized he had closed them. And yet, she was no longer there.

The loud rumbling of the thunder shook the air as he ran to the edge of the bridge like he had done so almost thirty years ago. He looked over the edge with that same desperation and expectation that he would see her falling, but just as back then, there was nothing but the river staring back at him.

In a matter of seconds, he was angry at the universe for seemingly cursing his family, at this damned rain that didn’t stop falling, at the lightning for making him blink, and at himself. At himself more than anything, for blinking, for not being fast enough, for not realizing that something was wrong before, for being useless. For both times.

He stood there, breathing heavily as anger and sadness seeped through him like the cold from the rain. He wanted to scream.

He turned and saw his niece, scared and confused.

“Mel, what are you doing here?” He asked as his heart seemed to fall several feet inside of his chest, his attention going towards her hand.

But his niece simply stared at the sky while in her outstretched hand, laid a single white feather.

More stories from S.D. Kang and writers in Horror and other communities.