The Ripple in the Water

by Deepika Viswanath 12 months ago in fiction
Report Story

there's something in the water...something very strange. Damon and Tara experience a boating trip like no other in this short horror story. 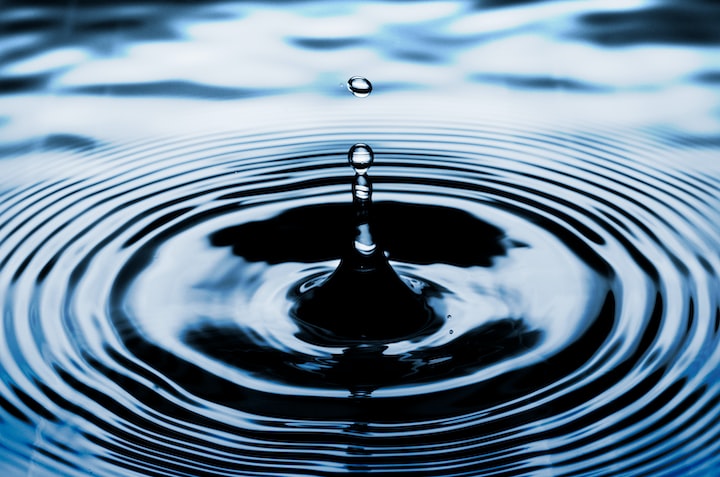 Photo by Koen Emmers on Unsplash

A couple named Damon and Tara Jenkins were never seen again after going to Oregon on a boating trip. Here's what happened:

Tara stared down at the water from the boat. She and her husband, Damon were in their sailboat outside Florence, which was in Oregon. It was freezing cold, with rain drops falling from the sky. Tara wrapped her coat around her body.

"Excuse me?" Tara was shocked that he called her that. Who used the word wimp if one was past 12? "I'm not a wimp. It's just too cold for me."

"I want to go further into the water. I want to take some great shots." Damon was a photographer.

"You can take them on your own time. I want to head back." She was insistent.

"Alright. Whatever you say. You always get your way anyways."

Tara didn't like how sarcastic he was. It was she that wanted to go boating in the first place. She just didn't anticipate it being this cold. The two of them being from California, they wanted to take a coastal trip somewhere close, but somewhere out of state.

Damon turned the boat around. Tara continued to look into the water from the back of the boat. That's when she saw it.

"Look, Damon! Look in the water! Do you see that?"

Damon wasn't listening. He was too focused steering the boat to turn away.

"Damon, look at the water. There's something in it!"

"What a mermaid?" he joked. "I'm trying to steer the boat so that we are on course to go back to shore. I don't have time for your games."

"Seriously look in the water!"

Damon groaned. He kept the boat on autopilot and walked over to Tara. She pointed at the water. "Do you see it?"

He looked down into the slow tide, the waves rippling up and down. Expecting to see some strange creature, a mermaid or a body, he only saw his and Tara's faded reflection in the water.

"I don't see anything," he then said. "It's just our reflections."

Damon was up to his head now. "I can see that it's us! It's our reflection, okay? Was that it? Cause I don't know what else you're seeing."

Tara shook her head. "You don't understand. I wasn't finished. It's us, but we look older. Like in our fifties. You're having grey hair and I have a bun."

Damon didn't know what she had seen, but he was sure she was making this up.

"Are you irritated that I actually wanted to come here and take pictures? I said I'd steer back to shore. I don't know what your problem is. Telling me you're seeing 'us' in the reflection," he muttered the last sentence.

"It's not funny, Damon. I really see us. I'm not irritated anymore. I just don't feel right being here. It's too quiet, empty and eerie. All I see is foggy skies and mist. And the water."

"And our old reflections, am I right?" Damon joked.

"Not funny." She crossed her arms.

"Lighten up Tara. Stop acting like a grouchy old woman. Have fun. Enjoy yourself here. We didn't come here all the way to argue."

"Well I certainly didn't come here to be called names, like wimp or grouchy old woman."

Damon scoffed. "Well you certainly are acting like one--"

"Look!" Tara screamed, interrupting Damon's train of thought. "I saw a mermaid jump into the air!"

Having enough of his wife's exclamations and supposed sightings of things that weren't there, he went back to the wheel and started driving the boat fast. He wanted to get out of here. He wanted to go to a doctor to check if Tara was alright. Was there something in the air here that was making her mad? he wondered.

As he remained at his post, Tara glanced at the water every two seconds.

"Are you still seeing our old selves?" asked Damon.

"No," she said. She then dipped her hand in the water. A small ripple formed on the surface.

Out of the water, she plucked a tiny shell. "I found a shell," she said aloud. Damon ignored her.

And hour later, they were close to shore. The mist was beginning to clear up. Damon was relieved. Finally he would be back at their hotel, away from water.

He hadn't paid attention to his wife after she continued to say some more random anecdotes about things in the water. Damon had put on his headphones and blasted the volume on full speed so he wouldn't have to hear more.

Tara had collected a variety of items by the time. A shell, a necklace, a ring, an earring.

When he looked up, he saw the glistening things in her hands. "What are those?" he asked.

"Things I found in the water. I guess you were too busy to hear what I head to say about them."

A hint of greed formed in Damon's eyes. "We can sell those things for a profit."

"No..." Tara said, her eyes turning dark blue, a contrast to her green eyes.

"Because they belong to our older selves."

Damon rolled his eyes. Just when he thought things were normal again...

"What do you mean older selves? What are you blabbering about? Still on about the election in the water that you saw? I think you're going mad. Being at sea is making you mad."

"Our older selves wouldn't like it." She leaned over the edge, then fell in.

Damon let out a cry of shock. "Tara!" He yelled.

But it was too late. Because when Tara emerged, she was no longer the same young Tara she knew. She was old, like how she said she looked in her reflection.

She tried to pull him in the water. Damon refused, pushing her off. But Tara was much too strong. She had tugged on his jacket hard enough that he now too was in the water. When he emerged, he was not the same young man he was before. He was old, and grey.

He started yelling in shock. That's when he looked at Tara.

"You knew this was going to happen. That's why you wanted to come here so bad," he said.

Tara nodded. "This is what's meant to happen to us. There's a whole world of treasure below our feet. We just have to go deeper and deeper..." Her voice soon became feeble, as she descended into the blackness of the ocean.

No one had ever seen Tara or Damon ever again. Even to this day.

More stories from Deepika Viswanath and writers in Horror and other communities.