When reality is more chilling than fantasy 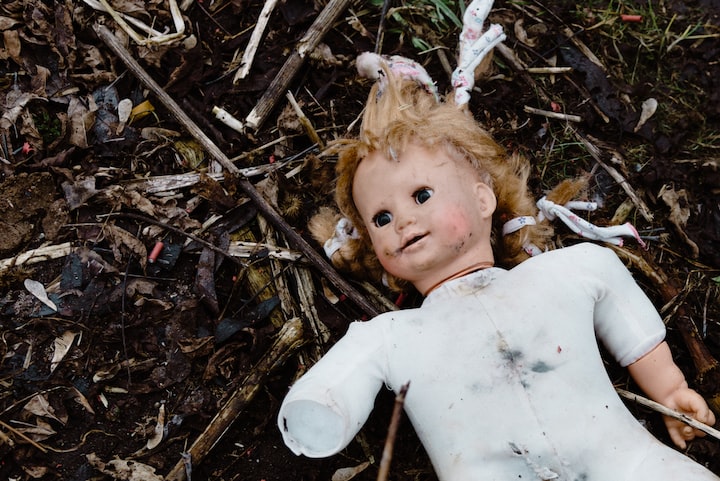 Photo by Artem Maltsev on Unsplash

Lucy discovered the gap in the hedge.

We were heading for the park via one of the network of alleyways that ran behind the posh houses on Long Lane. However posh the houses, the alleyways there still smelt of dog shit – this was way before the days of pooper scoopers or little blue bags, and even in April 1976 was turning into a sweltering year.

Lucy pushed a strand of poker-straight dark hair behind an ear as she bent to examine the hole in the dark green foliage. My brother Joe offered a warning about trespassing and the jail sentence that would follow; but he remained protectively behind his elder sister, black-rimmed glasses magnifying his fear-wide blue eyes. I hung back, observing, waiting to see the outcome of their discussion, imagining how the hedge would pull at my thick, curly hair and scratch my pale skin.

Lucy crawled through first, cursing at the clawing twigs; Joe followed, mouth ajar as if agog at Lucy’s stupidity, and I trailed, whining my sister’s name, terrified she would run off while I was still between the two worlds.

"It’s haunted," Lucy said as soon as I emerged into the dry, dense foliage of the forgotten garden beyond. As well as being attracted to what scared her, Lucy loved to scare. Occasionally, if my brother was ill, he would sleep in her small room along the landing and Lucy would sleep in his bed in the same room as me. While I loved these nights, they were also filled with anxiety as I waited for Lucy to pull her next terrifying prank. Her favourite was top rub sections of her nylon nightie together and then walk across the dark room towards me moaning. I would open my eyes to see a crackling monster looming over my bed and scream until one of our parents came to see what the problem was.

I believed her instantly when she said the garden was haunted. I could feel the horror in the dank atmosphere; visualise the atrocities that had happened here and sense the tortured spirits that loitered among the tangled mess of trees and brambles.

In the wilderness, we discovered the ruined house - a pile of rubble dotted with the remnants of a home – a dishevelled doorway and what could have been a kitchen work surface standing like an island in a choppy ocean of brick and stone.

‘The husband murdered his wife and children," said Lucy.

"How do you know that?” Joe didn’t appreciate the macabre as much as my sister.

"It was on TV and everything. The husband killed them all and then set fire to the house."

I felt the atmosphere condense around me, the small hands of dead children grabbing at my ankles, their scorched faces staring up at me.

"I wonder if he’s here," said my sister, "wandering around the ruins of his old life, searching for the souls of the loved ones he murdered."

‘Shut up!’ said Joe, squinting up at the tree tops. He didn’t like sun much. He usually opted for the protection of his thick parka, but even he had been forced to remove outer layers in the heat of ’76.

‘I think I can hear him,’ whispered Lucy, dramatically cupping a hand around her ear. She excelled in drama at school.

"Lucy," I whined, placing my small hand in her long slim fingers.

"What’s that rustling sound?" she continued.

"Stop frightening him," said Joe. Lucy laughed and walked ahead, dropping my hand as she went.

A blackbird landing on a nearby branch, chirping merrily, briefly bursting the ominous bubble, before fluttering off, back to the bright world outside.

“No,” I shook my head, scanning the ground and rubble for any clues as to the real story behind this destruction and abandonment. It really did look as if there had been a fire. There was even a scorched smell in the air. I couldn’t remember seeing flames rising above the houses on Long Lane. Surely they would have been immense, like red, flapping ship sales. The heat would have burnt my face as I craned to see more from my open bedroom window. I decided to ask my dad when I got home. He’d know if there had been a fire, or a murder. He was a postman and knew everyone and everything that happened locally.

‘Look!’ Lucy was crouching by an object, obscured by a pile of debris. Somehow we could tell by her tone that this wasn’t another game.

I hurried over, Joe followed, and we saw a doll’s cradle resting on the devastated floor of what had presumably been a bedroom. Lying next to the blackened bed, on its back, glass eyes glaring up at us, was a doll, its once blonde hair matted with filth, one arm missing, legs twisted like a crash victim’s.

Here was a ghost.

I imagined the child that had left this disfigured doll to fester. And why. I thought of my sister’s dolls, cosy in their almost forgotten toybox under her bed. They were a little shabby from years of play, but they hadn’t suffered like this creature. I thought of my own much-loved toys, including the teddy bear who slept clutched to me every night. I pictured him lying here in the doll’s place, his white, furry face half burnt away. Beady eyes melted into hard, red puddles. Button nose smeared across his snout.

“I’m going,” said Joe, almost tripping in his hurry to distance himself from the post-disaster tableau.

I hesitated, waiting for Lucy to offer some kind of direction, but she was transfixed by the dead toy. I saw my brother pushing through the overgrown garden, cursing and huffing as branches slapped his face and arms.

“Lucy?” I murmured, but she ignored me.

I turned and ran after my brother, calling his name in a thin, frightened voice.