by Mariah Cruise 2 years ago in fiction
Report Story 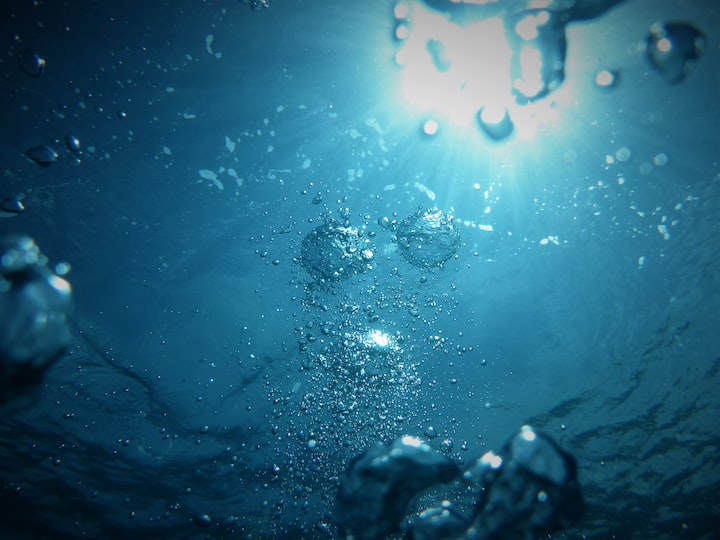 Photo by Jong Marshes on Unsplash

“We've got a floater,” my partner said, hanging up the phone.

Crap, I thought, I hate floaters. Give me a normal run of the mill murder victim any day. A waved of nausea washed over me at the thought of a body in the river. I grabbed my coat, gun, and badge and followed my partner to the elevator. We stepped into the elevator after the metallic ding sounded and the doors slid open. The smell of decades-old smoke in the tiny space made my stomach turn again.

“You ok?” My partner glanced at me, a look of concern on his handsome face. Jack had been my partner since I had become a detective. He was a few years older than me and my polar opposite. Where I was cool and calm, he was likely to go smash a suspect's head against the table to get a confession. He also liked to go rogue, something I despised very much since I enjoyed staying inside the lines. Despite the differences, we worked well together because of our shared passion for locking up bad guys.

“Yeah. I’m good.” I said, taking in a deep breath. A few seconds later the doors opened and I stepped gratefully out into the cold air of the parking garage. We walked silently to our car. The drive to the crime scene was far too short. It didn’t give me nearly enough time to mentally prepare myself for the site I was about to encounter. The car stopped and I got out slowly. There was a small clump of people about a hundred yards from where I stood. The cold wind whipped my dark hair around my face. “I don’t have time for this nonsense,” I said to myself. As I walked slowly toward the body, I pulled the hair tie off my wrist and put my hair up so it was out of my face. I ducked under the yellow crime scene tape and caught my first glimpse of the body. My “deep breaths” mantra ran through my head. Concentrating on the words running through my head allowed me to ignore the bile I began to feel at the back of my throat. The crime scene techs moved out of my way as I approached the body. Jack was already there, crouched over the body.

“At least her eyes are closed.” He said smirking at me.

The coroner gave us both weird looks but continued with her analysis of the victim’s injuries.

“There’s no sign of sexual assault. We pulled her out fully clothed. There’s no ID on her so we have no idea who she is. We can run fingerprints and DNA, assuming she’s in the system.”

“Do you know when she died?” I asked.

“Hard to tell since it’s been so cold and she was in the water, but I’d guess no more than 4 days.”

“She was straggled.” Jack pointed out pulling the scarf away from her neck. I could see the distinct bruising around her neck. I nodded trying to ignore the sick, grey color of her skin. She was so young. Maybe 23.

“Someone’s got to be looking for her. Mom or dad, a boyfriend, someone. Girls this young are always connected.”

“Maybe not. You know a lot of girls come to the city to start over or find themselves or whatever inspirational crap they make themselves believe.”

“Well, she works somewhere. Look at her clothes.” I gesture to the girl’s clothes. She was wearing black dress pants and a black polo. Similar to a waitress at a restaurant. I let my partner know of my suspicion. He acknowledged my observation but pointed out that that could be the uniform of any number of restaurants or bars in the city. I ignored his comment and walked down to the edge of the water. I looked up and down the banks as far as I could see. I don’t know what I was looking for, but I couldn’t look at the girl’s body anymore.

“Hey, Quinny.” I turned quickly to see my partner motioning me to leave. There was nothing more we could do here. I brushed past him on my way to the car.

“Don’t call me that,” I glared at him with no joking in my face.

“You think they can get an ID on the girl?”

“No.” I responded quickly

“Is it ever that easy?” I ask giving him a knowing glance.

We drove back to the station without speaking. When I was back at my desk, I wiggled my mouse to wake up my computer. The screen lit up, revealing the smiling faces of my parents and sister. I quickly pulled up the browser window and did a search for missing women in the area, 19-25 years old, blonde hair. Fifty-four results.

“Crap,” I whispered under my breath.

“What?” my partner looked up from his computer. I waved him off and clicked on the first name on the list, Anna Baker. Nope. Next. Jordan Brenner. Nope. Next. Mia Cortland. Nope. I spent the next twenty minutes clicking through the pictures, stopping once in a while to study the face of the missing girl closer. Finally, on number forty nine, I had a match.

“Bingo! Evelyn Turner, 22, missing since last Thursday. Guess I can call the M.E. and tell her we don’t need her to run her prints.”

“Does it give any more details?”

“Her boss reported her missing,” I was reading from the screen, “said she didn’t show up for her shift on Wednesday or Thursday, which was unlike her.”

“Anything else?” He asked. I gave him a smirk.

“She’s got a boyfriend.” Anyone in law enforcement, heck anyone who watches enough true crime knows its almost always the husband or boyfriend. Without speaking we both stood up to leave. I quickly scribbled down the address from the missing person’s report and followed Jack out.

More stories from Mariah Cruise and writers in Horror and other communities.