The darkness in my eye switched from the right to the left.

Don't always believe what you see. 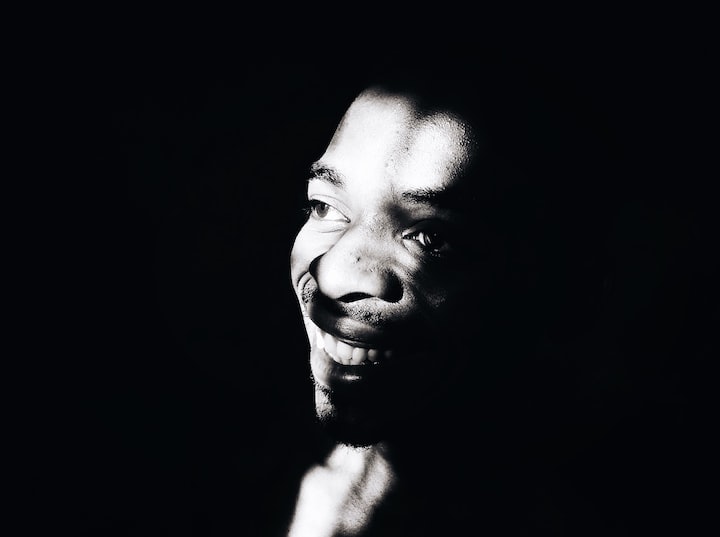 Photo by Joel Mwakasege on Unsplash

There was this crazy itching feeling in the corner of my eye…an incessant twitching that refused to stop bothering me, no matter how much my curled pointer finger rammed and twisted into it. Honestly, the more I rubbed it, the more it bothered me. It was even to the point where this strange black smudge was permanently stuck in the edge of my field of vision. A blob that, no matter how much I glared at the edge of my eye, I could not catch it.

I had a doctor's appointment with my local ophthalmologist (fancy word for an eye doctor, but hey, fun to think about), but it just couldn't come soon enough. They told me the obvious things to do until Friday, don't rub my eye, flush it with clean water if it feels irritated, and avoid strain…impossible with my 9 to 5 proofreading all my bosses' bullshit and making sure it was worth something to our company.

Still, I didn't have much choice, truck onward my friends, and hope for the best until the doctor could save me from the irritation.

It wasn't until I lost sleep that I saw this as a more severe problem. Tonight was the worst. Still, two days to go till I would be at the doctor's, but every time I closed my eyes, I could feel a neverending tugging from the corner of my right eye. Pulling, itching, burning until I would finally open my eyes and stare out into the darkness of my bedroom, the dark blob on my eye just ever slightly blacker than my surroundings. A bleak reminder of the annoyance that existed even when my eyes were open.

I sighed and sat up, ignoring the annoyance and deciding to keep myself busy until I fell asleep from fatigue. No irritation in my eye could stop the never-ending train of exhaustion chugging toward my overtaxed brain. I flipped the switch on my bedside table and felt my head dart to the right before I could stop myself. I could already feel my heart pounding out of my chest as bile burned the base of my throat. For a second, if only a microsecond, I could have sworn I saw a man, gaunt, thin, almost skeleton-like, standing in the corner of my bedroom.

That was impossible, though.

The logical nature of my brain didn't stop the pounding in my chest, and I tried to gulp down the thickening saliva in my mouth as my eyes darted around the room. There was obviously no one there; nevertheless, I was already shaken. I was already pulling the covers of my bed more tightly around me as if extra sheets and a comforter would provide some sort of mystical armor against the evil in the world.

After what felt like an eternity, my body calmed, and I decided to head into the kitchen and get some water, maybe clean up some and distract myself with physical activity. My bare feet curled as they tip-toed across the cold floor, and I tried not to shiver. The light on my phone bounced around the kitchen, briefly illuminating random corners as I grabbed a glass from a nearby cupboard, placed it in the sink, and turned on the faucet.

My right hand darted toward my eye and started rubbing that damn itching feeling as I barely shut the faucet off with my left, the glass nearly full to the brim. The cold water did little to help the chill I felt from the floor as I sipped from the glass, turning and resting my back against the counter. A dim illumination spread across the counter to my right, my phone's flashlight facing downward into the surface.

I kept sipping as I glanced around the kitchen and farther off to the right, where I could still see my bedside lamp glowing, the living room dark and far between the two areas. For a moment, I could have sworn I saw movement in the dark when the bedside lamp flickered, and my eyes darted to the right. Then, just as they did, I dropped the glass and felt a scream rip free from my throat.

Just to my side, standing outside my bedroom door, was the same man I had seen before. A sickening grin spread across his pale face, bright white teeth shining in the darkness. He was no longer thin; instead, he almost seemed like an average man, albeit on the huskier side. He kept grinning in the dark as I grabbed my phone, shining the light and illuminating the corner. His teeth almost chattered as his mouth widened, red gums peeking further from underneath.

The light of my phone bounced around the corners, my hand shaking as I tried to still the panic in my chest. As I finally settled the phone into the corner, no one was there—no sign of the man I had just seen. I was frozen, afraid to move forward. I had no idea what the hell was going on. It didn't make any sense. So I kept standing there, heart pounding, hand shaking, staring at the bouncing light illuminating nothing.

I dropped my phone as I heard a knock on the door. A tired voice belted through as the knocking continued.

"Everyone okay in there? Edgewood Police Department."

My knees felt weak as I collapsed to the floor, narrowly missing pieces of broken glass as my hand reached out slowly and picked up my phone. I managed to stand a couple of seconds later, nimbly dodging glass on my tip toes as I cut through my kitchen and living room fast, almost running and certainly not looking back. I opened the door and was greeted by a single male standing outside, dark police uniform almost blending into the night outside. He was already looking around behind me into the dark house.

"Are you sure? We got a report of a scream about 10 minutes ago; got here as fast as I could."

He had this look on his face like he didn't believe me. Or maybe he was just too tired to care. Hell, I didn't even know what was going on anyway. Perhaps it was a good thing he was here.

"Listen, I am already out here. Do I need to take a look around inside? You can tell me the truth."

"No…no, it's okay…thank you…just need to get some sleep."

I could tell he wasn't buying it, but if I wasn't permitting him, there wasn't much he could do. He said his goodbyes and started walking back to his patrol car parked on the street. I doubt he could see me standing there, frozen in the doorway, hand covering my mouth as I tried not to scream. He walked right past the tree in my front yard and got into his vehicle without pausing at all.

The pounding in my chest was quickening, and I felt so sick that I nearly vomited. Standing next to the tree was the same man, grinning more than ever as he silently shook, almost like he was laughing at me from the darkness. His grin grew as his body seemed to grow in size, fattening like a water balloon being stressed to the limits, until finally, his body burst.

My eyes closed as I felt a wet, slimy, cold liquid coat the front of my body, and I fell to my knees once more, screaming into the hand that was covering my mouth. I was shocked when I finally opened my eyes to see what had happened. There was nothing on my body, nothing on the ground. My eyes darted back toward the tree, and I saw nothing standing there. The strangest thing was my eye had finally stopped twitching and itching. Stopped being an annoyance.

I stood back up, still frozen in my doorway, afraid to move in case something else happened. But nothing did. Nothing except the black spot in the corner of my right eye slowly fading away. Even though my eye stopped bothering me, I didn't get much sleep for a while and kept all my lights on non-stop for months. The ophthalmologist said nothing was wrong with my eye and brushed off my concerns about the black spot, saying I probably strained them too much—a modern problem.

A modern problem with no solution, apparently. It's why I didn't call him when the black spot appeared in my left eye. And I decided to share this story using voice-to-text features because I can't explain to anyone around me that I no longer want to open my eyes again. I can't open them. If I did, I would have to face that gnawing feeling that someone is staring at me, grinning as they watch me from the corner.

Thomas Grey is an Albuquerque-based writer that grew up consuming horror novels from classic to obscure. He focuses on horror but wants to make your skin crawl more than anything. Visit r/readThomasGrey or his Vocal page for more.

More stories from Thomas Grey and writers in Horror and other communities.