The Boy with No Eyes

She said, ‘It’s a little boy. He’s nice. He’s lost and looking for his mommy.’ 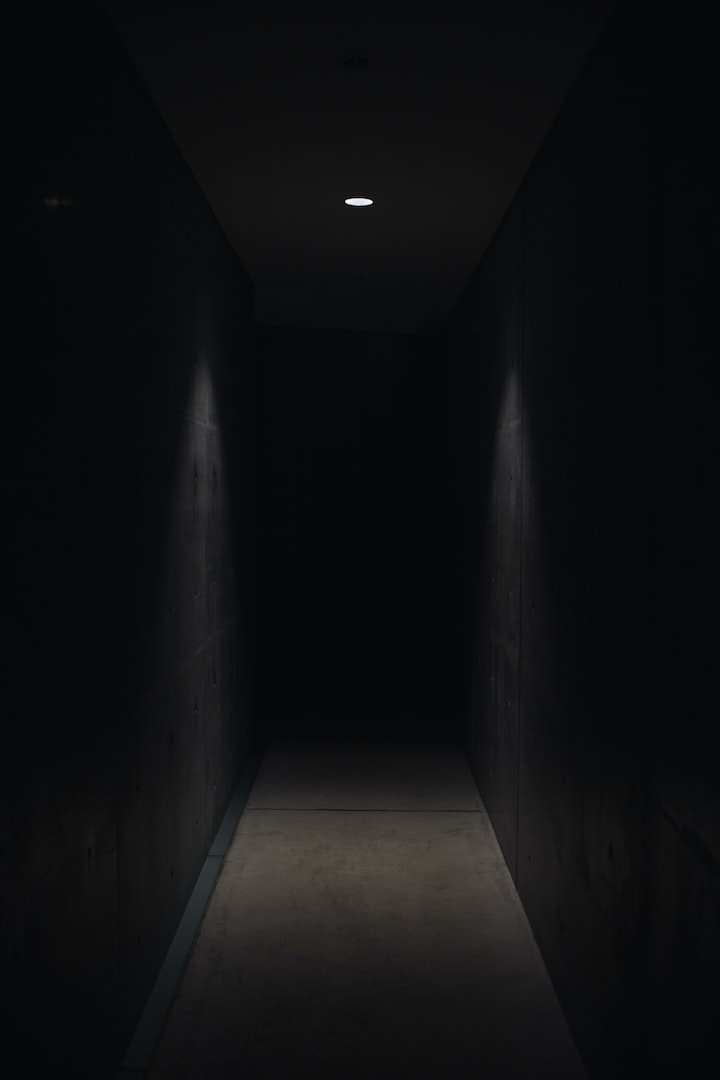 W hen I was young, I use to have a room to myself since I was the only child. I use to have nightmares sleeping in my bedroom but hadn’t seen anyone or anything in my room yet when I was young but the nightmares terrified me when I woke up the next morning. My parents use to convince me that it was just bad dreams kids like us to have if their stomach was full. So, from that day onwards, I ate light dinner and go to bed at night. The change in my meals at night did not help with my nightmares but I had no choice but to soldier up my courage every night before bed.

When I was 10 years old, that was the first time I saw something in my bedroom that night. After dinner, as usual, I prayed before going to bed and pulled up my blanket on me. I dozed off after a while and woke up to someone playing with my toes at the end of my bed. I slowly opened my eyes and my vision was a little blurry due to my grogginess and saw someone sitting at the end of my bed. I thought it was my mom who was watching me sleep that night. I mumbled under my breath for my mom to go to bed but she kept playing with my toes.

I opened my eyes again and this time I saw a small boy at the end of my bed. He looked pale and slightly blue. His eyes were almost bulging out of his eye sockets and he had pale red lips. His hair was dirty with mud and wet too. I sat up on my bed, not feeling afraid of seeing this strange little boy at the end of my bed playing with my toes. He stretched his arm toward me and handed me something in a box. I took the box in confusion and opened it. The small boy uttered, “Now, give me back the box.” I looked at the boy in confusion again but did not hand back the box he handed me. He was pissed this time, “I said give me the box!”

The small boy pulled the box from my hand and quickly vanished from my sight. I couldn’t believe what I saw but the imprint of his back on my bed was still there. I soldiered through the night trying to avoid thinking about the creepy small boy in my room till morning. I woke up and rushed to my parents to tell them what I saw but they disregarded my words. They did not believe me but just convinced me that I must be dreaming. Nights after night went by and I did not see that small boy again in my room.

5 years passed and I had my first girlfriend over to study with me in my room. My girlfriend passed out on my study table that night after our revision in my room. I did not want to disturb her, so, I plug in my earphones and started listening to music waiting for her to wake up. When she woke up from her sleep, she stared at a corner of my room and kept staring for at least 15 minutes. I recorded what she was doing for the 15 minutes thinking she wouldn’t believe what I saw. She came back to her senses and told me that she had a weird and creepy dream about a small boy. She even told me that that small boy was in a spider-man position on the wall looking down at her creepily.

This took me back 5 years ago but I did not tell her what I went through that particular night as I thought she would be freaked out. My dad sent her back home that night after dinner and whenever she used to spend time with me in the room, she would tell me that she gets this same weird and creepy dream all the time in my room. Well, this didn’t bring us apart or affect our relationship but she told me that she wouldn’t want to come back to my house again due to that creepy dream about that small boy.

Another 10 years passed by me being in that house and I brought my wife (who was my girlfriend before) and my 2-year-old home. We wanted to spend the days together as a family before we shifted to our new place. So, that night my little girl wanted to sleep with us instead of her grandparents. So, she snuggled in with us on the bed and we slept that night in my room. Suddenly, my 2-year-old woke up and stared at the same corner of my room that her mother did 10 years ago. Then, she spoke another language that we did not understand but recorded everything. This happened for 3 months with my little princess and one day I took the courage to ask her who was she talking to. She told me that she was talking to a small boy who lost his mother and couldn’t find her.

We did not want to get involved further with this nightmare, so, as soon as I told my parents about all of our experiences in my room, we moved out to our new place. Soon, my parents sold that house and bought a new place. Till now, I wonder if that small boy still haunts people who live there in that house.